An Iron Fist in a Vat of Acid 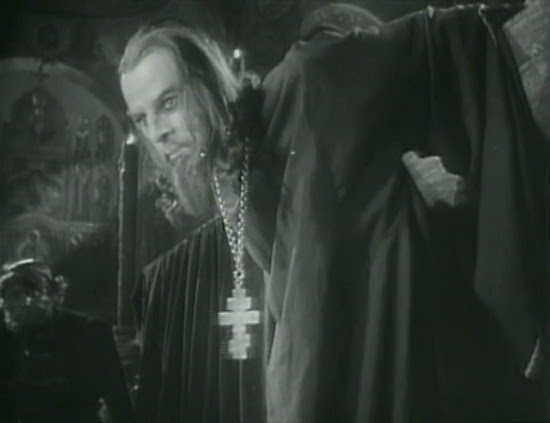 One isn't inclined to think a dictator can win over an angry mob by walking unarmed amongst them while proclaiming that all treason will be dealt with mercilessly. But that's exactly what happens early in Sergei Eisenstein's 1944 film Ivan the Terrible. Maybe that's the kind of weird logic one should expect from an epic portraying a medieval Tsar in a positive light that was produced in Soviet Russia. But despite the occasional awkward moral contortion, Ivan the Terrible--parts I and II--is an amazing piece of filmmaking, gorgeously shot and Nikolay Cherkasov as Ivan is both charismatic and frightening, truly terrible. It's no wonder Joseph Stalin liked this movie--well, part I anyway.

At his coronation at the beginning of part I, Ivan, clean shaven, looks like kind of a nebbish, and the people whispering to each other that this'll be a weak tsar don't seem crazy. 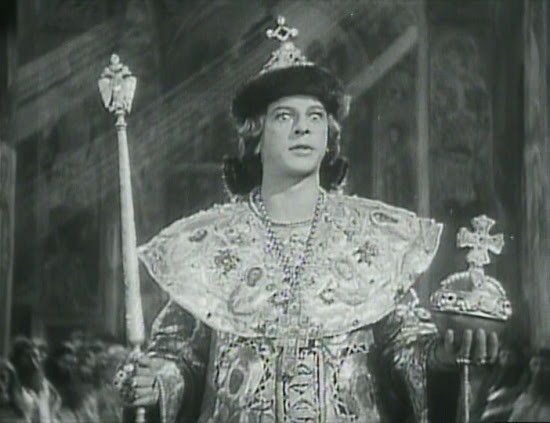 But as the film and Ivan's plans progress, his beard grows, his clothes get better, and Eisenstein creates increasingly elaborate compositions with shadows emphasising the Tsar's majesty. In one shot, Eisenstein goes as far as using a puppet head with a working mouth to create Ivan's larger than life shadow; 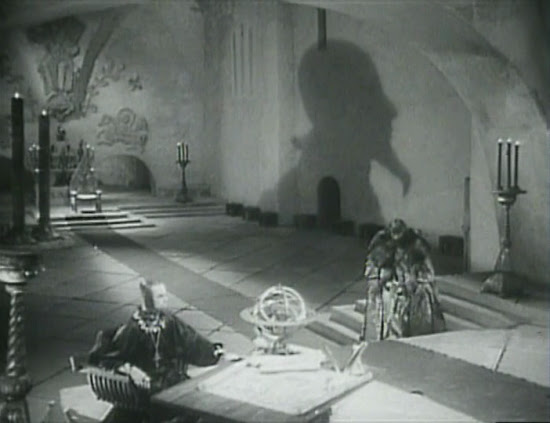 We see Ivan holding court on a dais in low ceiling chambers, giving him the aspect of a bear in its den. 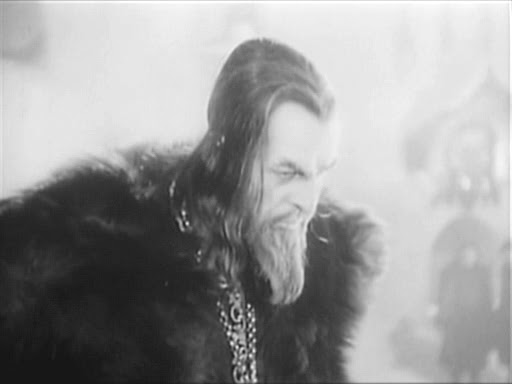 The first film is straightforward--Ivan waging a war campaign to take power from the boyars, nobles among whom the control of Russia has been divided. Coinciding with purported Soviet philosophy, the only people Ivan can trust turn out to be commoners, while nobility and the church inevitably plot against him.

At the same time, Ivan is portrayed as violent, fearsome, and lonely. The second film begins with him executing the kinsmen of a former friend, who's gone into the church. We see flashbacks to Ivan's youth, when he watched his mother being murdered by boyars. The scenes of his boyhood have a dark fairy tale quality--Ivan is a wide eyed, oddly feminine boy surrounded by large men with weirdly exaggerated features. 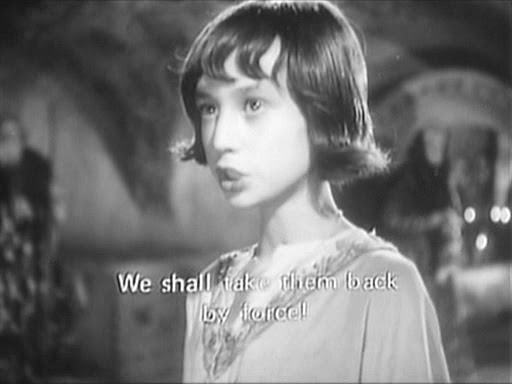 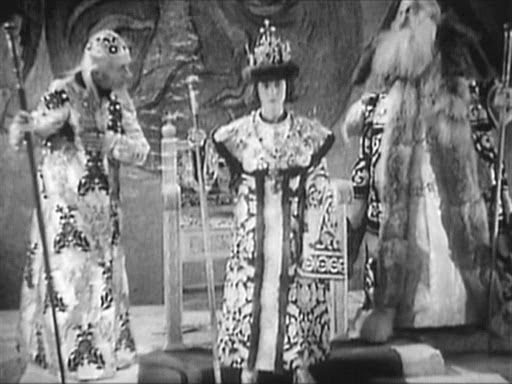 The second film ends with a ten minute colour sequence, one of the earliest examples of colour film in the Soviet Union. It has strong blues and reds, giving it the coppery quality of early Technicolor. I don't know how much this is due to available colour film technology or the artistic choice of the filmmakers, but it helps the banquet sequence for which it's employed to seem hellishly grotesque. 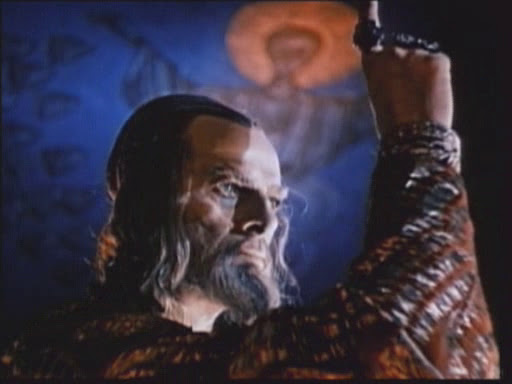 The impression one gets, in looking at the path from the beginning of part I to the end of part II, is of a man who destroyed a treacherous world to find himself, in removing the authority of both the church and the boyars, isolated in a spiritual and social chaos that may nevertheless have indeed been the right end for the Russian people.