A Film from the Ether 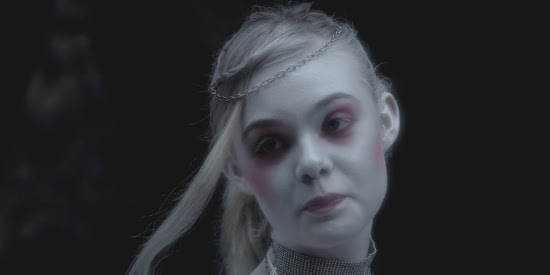 Some of you might remember a couple years ago when I wrote about seeing Francis Ford Coppola hosting a panel promoting his upcoming film Twixt at Comic-Con. It was one of the most interesting experiences I'd ever had at Comic-Con, as it involved watching Coppola edit footage live for the audience as a dry run for a planned live tour of the film, where he'd edit the film onstage based on audience reaction. The idea was to emulate the ways in which operas were performed in the nineteenth century, where the artists would modify their performances based on the "feel" they got from the audience.

Well, a month or two ago I found myself wondering what ever happened to Twixt. Obviously it never toured in the way Coppola had planned. I learned it's in fact never had a wide release of any kind in the U.S. having only been shown in film festivals, though it's received release in the U.K. and in France. In Denmark, it's been released on Blu-Ray, which is the copy I watched last night. 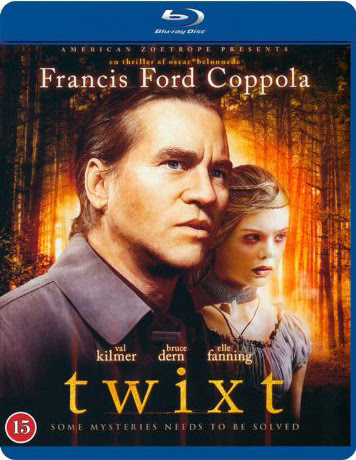 Because, er, "Some mysteries needs to be solved."

It's of course unfair to go into a Francis Ford Coppola film expecting a Godfather or even a Dracula. I'm pleased to report, though, that Twixt is a very good film. 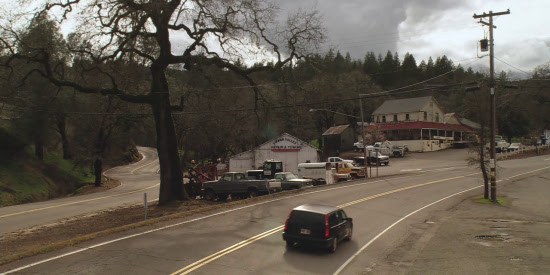 Coppola's filmmaking philosophy now is to only make movies he can afford to finance himself. So Twixt was filmed entirely on property owned by Coppola himself in Northern California and has a relatively low budget feel. This doesn't prevent the film from having a fairy tale quality, established at the beginning by an opening narration performed by Tom Waits where he describes the small northern Californian town, which is home to a sheriff who also makes wooden bat houses. 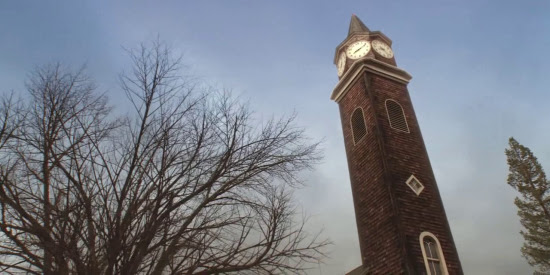 And Waits describes a clock tower with seven clock faces, each face telling a different time. "No question," concludes Waits, "something evil was abiding there."

The movie ultimately seems to be about the artistic process. The film stars Val Kilmer as a "bargain basement Stephen King", in fact a character not unlike the ones in Misery or The Shining. Coppola told us at Comic-Con the film was partly inspired by a dream he had and the dream sequences are among the best scenes in the film. 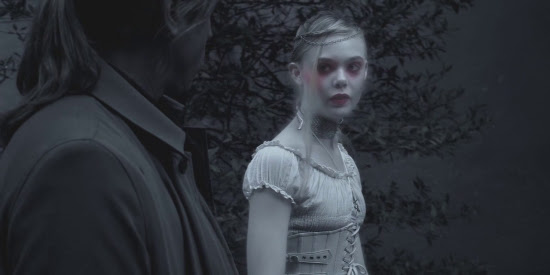 Kilmer's meeting with a character played by Elle Fanning in the first dream sequence features very effective dialogue, finding the tone of how a twelve year old girl might talk perfectly, helping to create the sense of a dream made up both of strange things taken without note and oddly credible, realistic things. 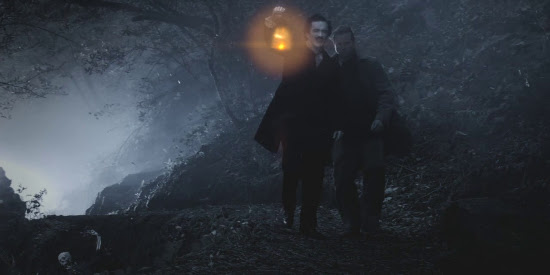 Kilmer's character also meets Edgar Allan Poe in his dream, and Coppola rather brilliantly gives Poe dialogue from Poe's real essay "Philosophy of Composition," spoken to Kilmer's character in the form of writing advice rendered in exchange for whiskey. 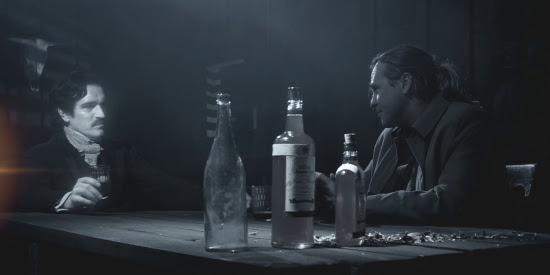 In particular, this bit from the essay proves crucial to the film and a version of it is spoken by Poe in the film;

I asked myself--"Of all melancholy topics, what, according to the universal understanding of mankind, is the most melancholy?" Death--was the obvious reply. "And when," I said, "is this most melancholy of topics most poetical?" From what I have already explained at some length, the answer, here also, is obvious--"When it most closely allies itself to Beauty: the death, then, of a beautiful woman is, unquestionably, the most poetical topic in the world--and equally is it beyond doubt that the lips best suited for such topic are those of a bereaved lover."

Kilmer's character is mourning the death of his beautiful teenage daughter, which is at least in part apparently the cause of his inability to begin writing his next novel.

The movie discusses without sentimentality a writer's use of real life, tremendously bad experiences as material for writing. Even in the midst of a dream where he witnesses the mass murder of school children, Kilmer's character muses, "Maybe this is what I need; a story."

But despite Poe's assertion in his essay that composing something like "The Raven" is a perfectly mathematical exercise, the movie points out the personal nature Poe's work likely had in the frequent reappearance of characters resembling Poe's young wife Virginia--Fanning's character in the film, tellingly, is also named Virginia. Coppola even has Poe say directly that this Virginia, and Annabel Lee, and Lenore, are all really his Virginia.