The Right Sea, the Right Time 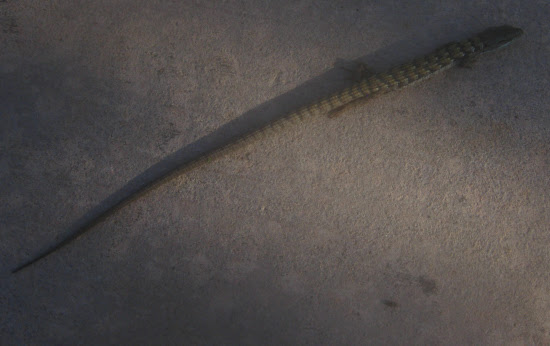 I saw this beauty when I was on my way back from the grocery store yesterday. All too often I see something great when my hands are full of groceries. This is the only macro shot I managed to get before he wriggled away; 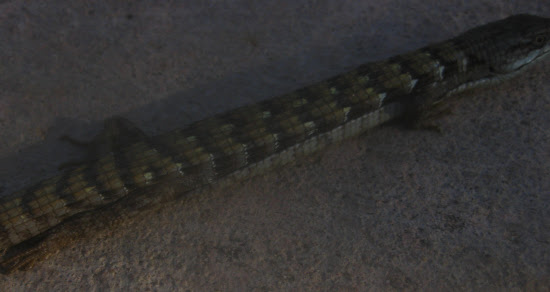 Wish my aim had been better.

Groggy to-day. Stayed up too late reading Moby Dick, in which I hit the seventy five percent mark. I have to say, I didn't expect there to be so much sperm in this book. At the time Moby Dick was written, people thought a large quantity of white substance found in a sperm whale's head was in fact semen--thus the name "sperm whale". Melville spends so much time going into detail, revelling in the stuff, talking about men falling in it, getting oddly drunk from the fumes of it. Then one considers they're after a whale that's actually white, who physically reduced Captain Ahab, one could say the book is about the fundamental dick measuring contest of mythologised manhood.

For a more female perspective on seafaring life, yesterday I also read a short story published by Neil Gaiman in The Guardian called Down to a Sunless Sea. It bore an odd resemblance to Caitlin's story in her Sirenia Digest in that it was also about people loving the sea as a sort of being who cannot or will not love back. In this case, it's a simple story about a woman lamenting the loss of men in her life for their fatal drive to take to take to sea. Gaiman relates the folly to desires for fame and fortune, but the best part of the story is the way he uses a pretty filthy description of the Thames as a conduit to the story's themes.

Speaking of things related to Neil Gaiman, I rather loved the new Doctor Who mini-sode (which was written by Steven Moffat, not Neil Gaiman, but Gaiman wrote an episode appearing later in the season). I can't wait for the new season to start next week.