Now They've had Half a Century to Grow Up 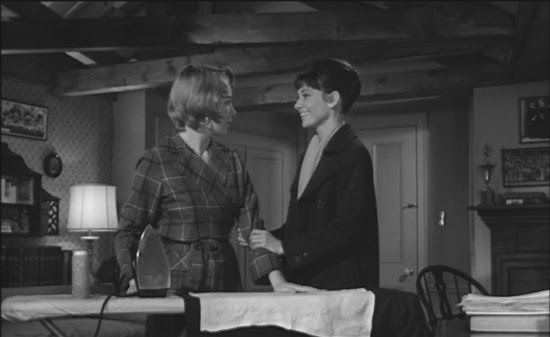 To those to-day examining their feelings regarding gay marriage as the supreme court prepares to rule on the Defence of Marriage Act, I offer this hypothetical couple--Audrey Hepburn and Shirley MacLaine. In 1961, fifty two years ago and just a couple years after he made Ben-Hur, William Wyler made The Children's Hour, based on a 1934 Lillian Hellman play which was in turn inspired by an incident in Scotland, in 1810, when two women were ostracised when rumours spread that they were in love. This is an issue with history, obviously. Wyler first adapted Hellman's play in 1936 as These Three but censorship at the time prohibited him from alluding to homosexuality in any way. In the fluctuating environment for film and civil rights of the 60s, Wyler decided to try again and the result is a good, heartbreaking film with great performances.

I first saw the movie nine years ago and promptly bought the DVD. Since then, I've gone back and forth in my feelings for it. The "issue" movies of the 50s and 60s, especially Stanley Kramer's films, tend to come off as terribly self conscious now, and, by agendas borne of admirable sentiment, drained of organic character and story development. In the case of The Children's Hour, it may depend on the mood I'm in when I watch it. 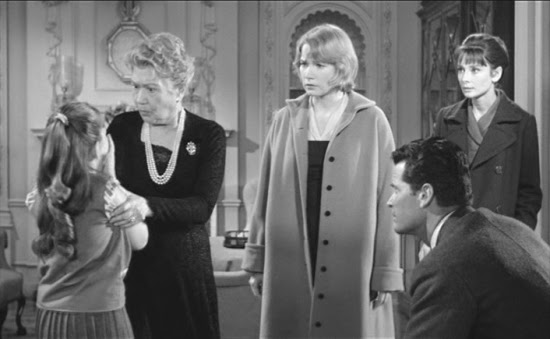 But the movie is almost two stories--the story of Martha and Karen's (MacLaine and Hepburn's) relationship and the story of how easy it is for someone's reputation to be ruined, and how much a ruined reputation can affect a person's life.

Martha and Karen run a private school for girls, one of whom is this little asshole; 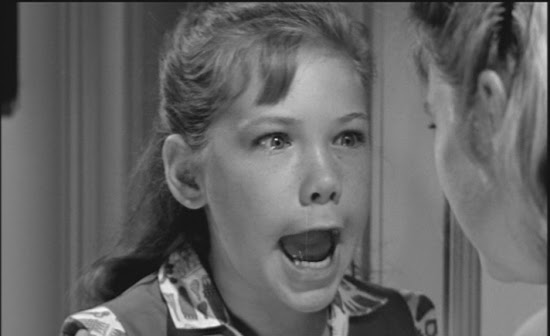 People sometimes react with consternation when I say I don't care for children. I think it's this kid, Mary, I mainly think of when I say that--and I've known kids like her, who have an insatiable urge to lie and claw their way through life for their own selfish reasons, totally lacking in empathy. Veronica Cartwright plays one of the other girls at the school, and I ask you to consider whether she looks more afraid of Mary or of the alien; 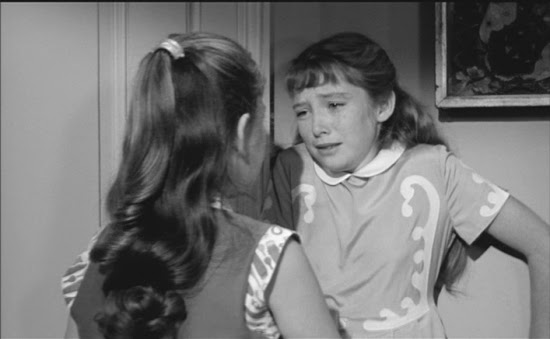 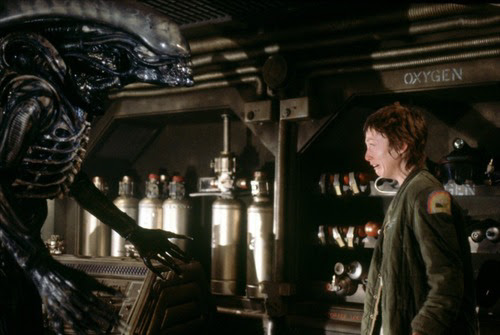 About the same, right?

It's worth noting that Mary's motivated to tell her grandmother that she thinks Martha and Karen are having an affair because she wants to go home and be spoiled rather than having to answer to the teachers less susceptible to her manipulations. It's the prejudices of the grandmother and the other parents she talks to, not the kid, that make life Hell for the two women. As parents begin pulling kids out of the school without explanation, at first the mystery is maddening and they become indignant when it's explained as something they know has no basis in reality--Martha and Karen are just best friends. Except Martha is shown to be jealous of Karen's fiancé at the beginning and by the end, in a scene in which MacLaine gives a very raw performance, she tells Karen that the situation has made her realise that she has indeed always been in love with Karen. 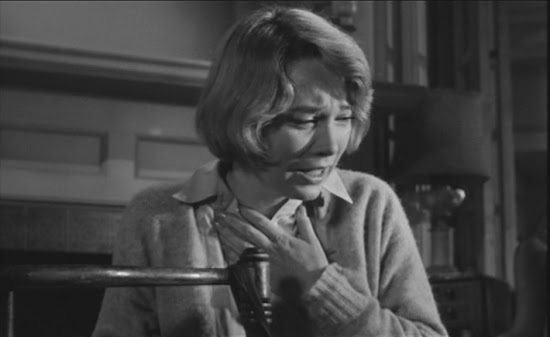 One can see what Hellman and Wyler intended--first we show everyone what a monstrous situation it is, how unfair it is for these women to be treated this way, and then by revealing that Martha really is gay, audiences are forced to contemplate whether they're upset for the way Martha and Karen are treated because the accusation isn't true or because it's horrible to treat anyone that way for something as inoffensive and personal as sexual orientation. 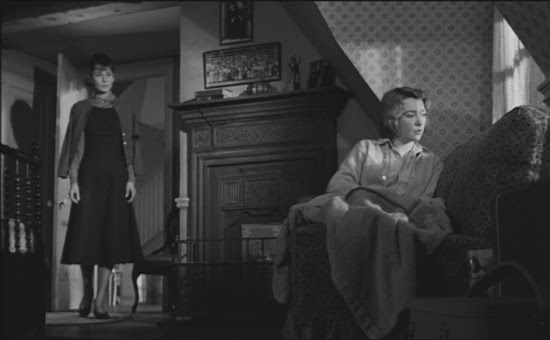