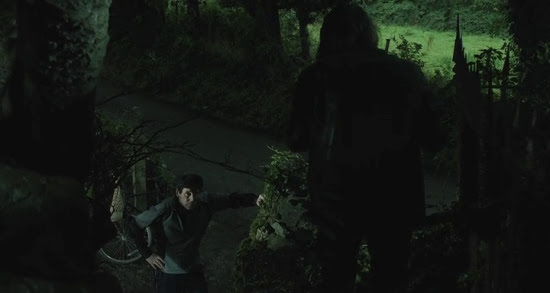 Here's one of the more casually brilliant shots from Neil Jordan's beautiful 2009 film Ondine. It's just a scene of Jordan regular Stephen Rea, here in the minor role of an unnamed priest, discovering the film's protagonist, Syracuse (Colin Farrell), asleep in a tree. It looks like a Rembrandt painting. You can see it's full daylight but Jordan and cinematographer Christopher Doyle have very naturally sculpted the shadows to complement the film's sweet, slightly melancholy tale.

Syracuse--called Circus or Clown throughout the small Irish fishing town--earns a meagre living as a fisherman. He got his nicknames from when he used to be a drunk. Now he's sober and divorced from his still drunk wife who has custody of their extremely adorable, amiably geeky little girl Annie (Alison Barry) who was born with a kidney disease. 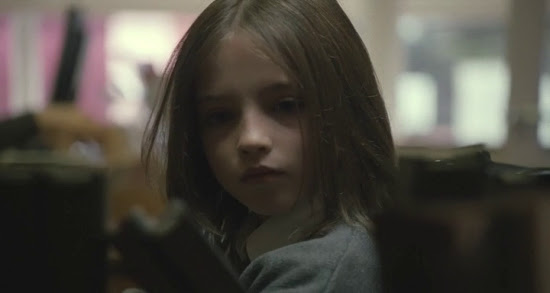 I don't know if this is meant to be related to the alcoholism of her parents but the film certainly doesn't paint a positive picture of alcohol. Making it somewhat ironic it premiered at the Jameson Dublin International Film Festival. A good sport is Jameson. 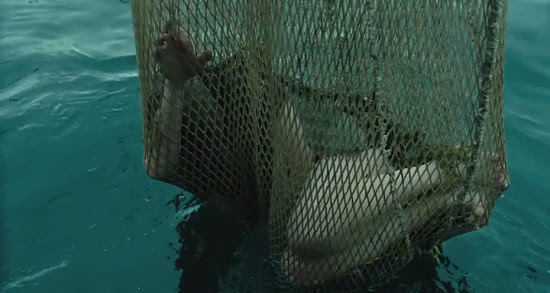 Syracuse's luck changes when he hauls up in his net a mysterious woman (Alicja Bachleda) clad only in a loose knit shirt--from what I hear, she was originally naked but Jordan was forced to alter the film for producers who wanted it to find an audience ranged wider in age. This doesn't stop the lady from stepping out of the water in a completely see through dress in a later scene. 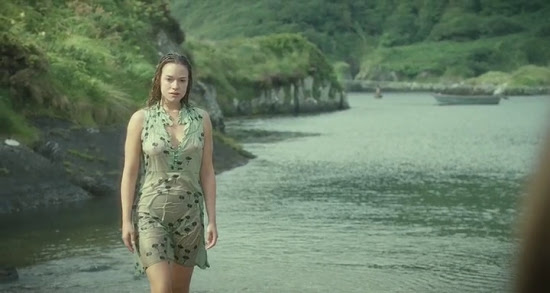 I guess like Louise Jameson's wet chemise moment in The Talons of Weng-Chiang this doesn't count for some reason. Not that I'm complaining.

She calls herself Ondine. She doesn't want anyone to see her except Syracuse so it's a lucky thing he has a picturesque, remote little cottage in a little bay where he keeps his boats. The place used to belong to his mother and now Ondine moves in and starts wearing his mother's clothes. 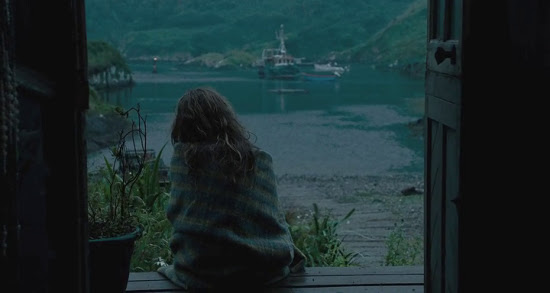 Syracuse's daughter Annie quickly decides Ondine is a selkie and considering the woman's seemingly able to summon lobsters and salmon to Syracuse's boat just by singing Annie certainly doesn't seem crazy. This is part of the story's central conflict of Dionysian cynicism in the form of Syracuse's and his ex-wife's alcoholism versus the Apollonian hope represented by the magic Annie associates with Ondine. Ondine's association with Syracuse's mother, by wearing her clothes and moving into her home, seems to further imply that she's part of a belief in hope and magic that exists in a more childlike part of Syracuse's personality that is in conflict with his alcoholism.

Yet one wonders why Syracuse neglects to bring up the possibility that Ondine might be hiding from some more real-world troubles when she fervently doesn't want to be seen by anyone. Mainly this doesn't seem too unnatural--the film has a fairy tale quality aided very much by its fantastic chiaroscuro imagery and improbably gorgeous lead performers. 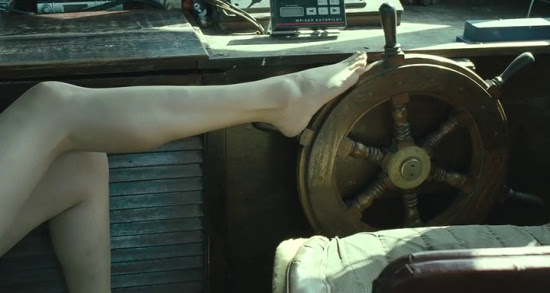 I suppose you could say it's hard to get bad photography from the rocky coastlands of Ireland but Jordan and Doyle still pull off something really remarkable. A moving portrait in soft blacks and greens, a sweetly sad sort of visual lullaby. Some bits that stand out for me--after Syracuse and Ondine have slept together, she seems to glide off into darkness as she slips out of frame, sliding off the bed before the too slowly following camera which catches up with her putting on a strangely silvery blanket, glittering in the gloom as she walks out into the rain. 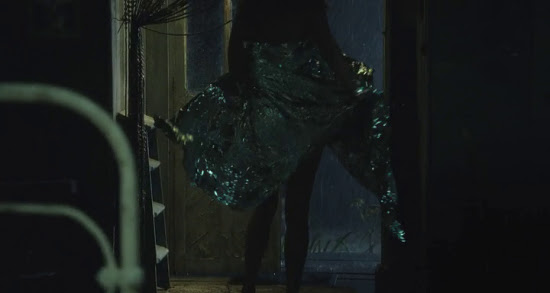 One gets a sense from Syracuse's point of view of drowsy, serene intrigue.

I also love this shot where he comes across her under the old wreck of a ship like she's incubating in a whale's corpse. I was reminded of Harriet Andersson in Through a Glass Darkly. 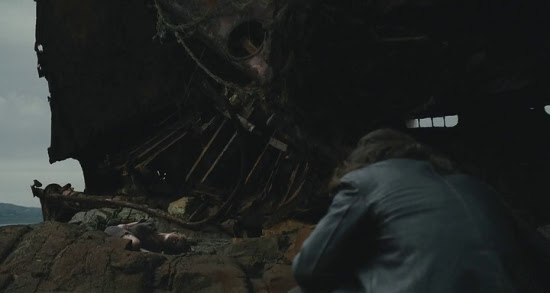 Posted by Setsuled at 1:31 PM
Email ThisBlogThis!Share to TwitterShare to FacebookShare to Pinterest

Just watched Ondine, what a beautiful movies. Just what I needed during this quarantine and with the perfect "happily ever after" ending that the world needs.