From Bamboo to Koto 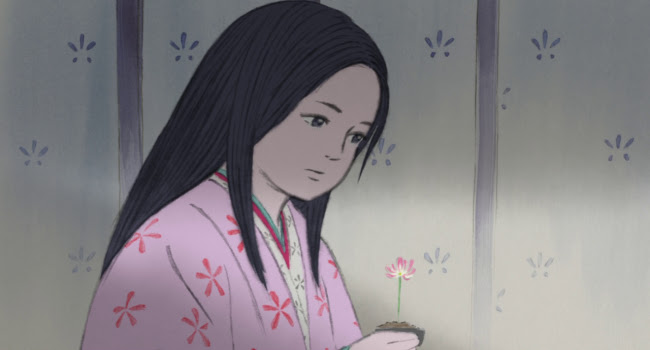 The appeal of nature, the inherent sympathy many human beings feel for it, is contrasted with the human compulsion to create artifice, to make cities, technology, and art, things which diverge from the world of forests and animals. Is one world truly better than the other? The typical answer is that the natural world is superior. Yet 2013's The Tale of the Princess Kaguya (かぐや姫の物語) provides a more complex and more interesting answer. It's also a truly extraordinary and gorgeous work of animation. 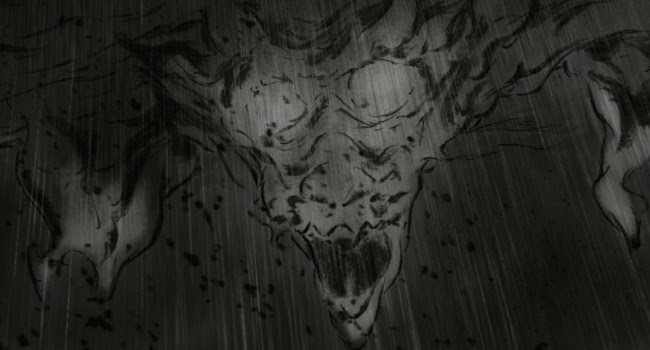 When most people think of Studio Ghibli they think of director Hayao Miyazaki. But there's another great director associated with the studio, Isao Takahata, best known in the west for his beautiful and brutal portrayal of the lives of a couple Japanese children during World War II, Grave of the Fireflies. The Tale of Princess Kaguya was his first full length feature in fourteen years and features a more stylised approach compared to Grave of the Fireflies, its imagery bearing a remarkable resemblance to art from Heian era (tenth century) Japan, the period from whence came the original folktale upon which the film is based. 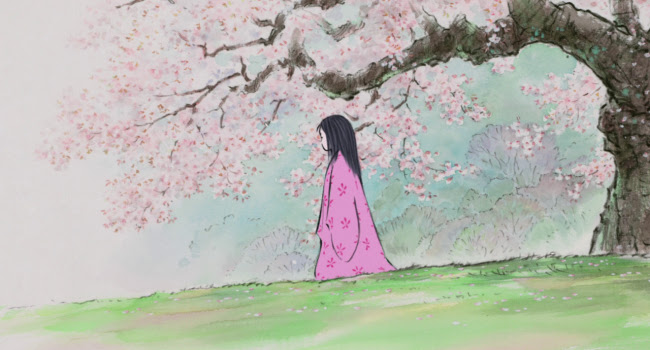 In the forest one day, a wood cutter finds what appears to be a tiny girl sleeping in a bamboo stalk. He takes her home and he and his wife raise her as their own child. The beautiful Princess Kaguya grows up to be courted by the most affluent men in the country. 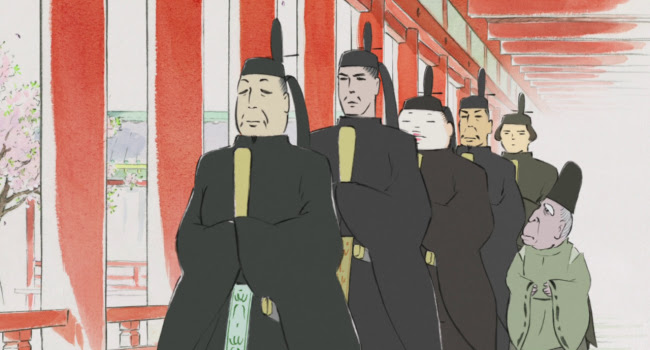 I loved the old fashioned fairytale feel to the movie, I love how the film preserves the story of how each suitor compares the Princess to a mythical item and so she tasks each one with finding the item he mentioned in order to win her hand. It has the feeling of The Three Little Pigs or Goldilocks and the Three Bears where a character follows a pattern of trying one thing and then another. Takahata successfully teases out a theme inherent in the original story about the relationship of the beauty of the natural world with a colder, more artificially refined beauty and makes an interesting aesthetic statement. 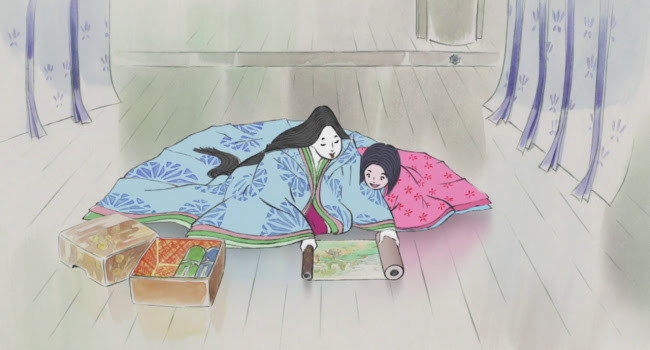 The intensely stylised quality of the film itself supports this statement as it contains renderings of nature that celebrate nature while inherently reflecting a human impression of nature arising from the same aspect of our brains that separates us from nature. The Princess, while loving the rough world of the country and living precariously by subsistence farming and the meagre earnings of her father seems to be imbued with a reverence for the artificial. She exhibits early unusually refined natural singing ability and seems to know the lyrics from birth of a song about birds, beasts, and trees. Her adoptive father finds gold nuggets and silk kimonos inside the bamboo in much the way he found the Princess and takes it to mean that he ought to take an expensive home in the capital and raise the girl like a real Princess. And who could argue with him? Why else would the bamboo be producing gold and kimonos? 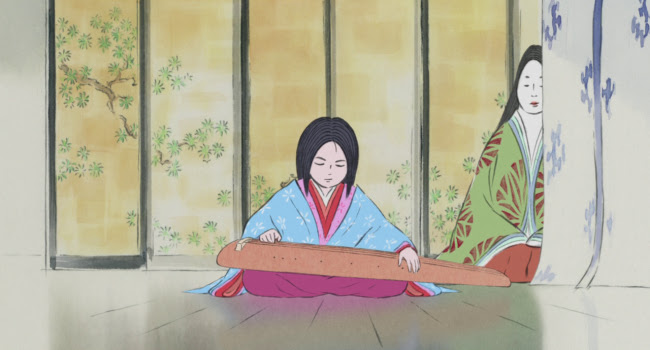 The Princess seems to chafe in the new ornamental lifestyle, deliberately disobeying her new tutor and cultivating a garden with a tiny reproduction of the family's old home in the woods. And yet when company arrive, she demonstrates a masterful ability to play the koto and an inherent, unrivalled grasp of manners and decorum.

Ultimately, the film seems to suggest the thematic contrast is a movement from birth to death but it doesn't portray death as a negative thing any more than it portrays clinging to nature as infantile. Death is the truth behind artificial beauty and so there is an inherent sadness and yet also a grace to it. 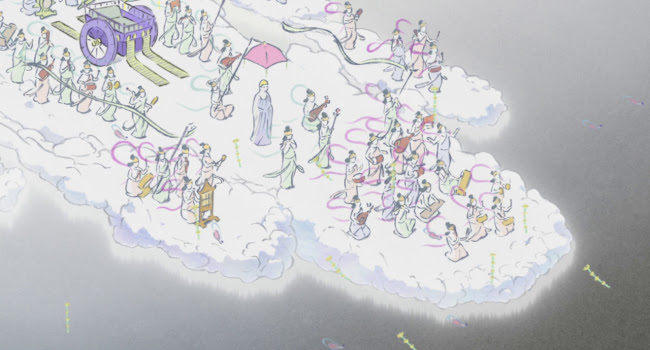 Posted by Setsuled at 3:30 PM
Email ThisBlogThis!Share to TwitterShare to FacebookShare to Pinterest