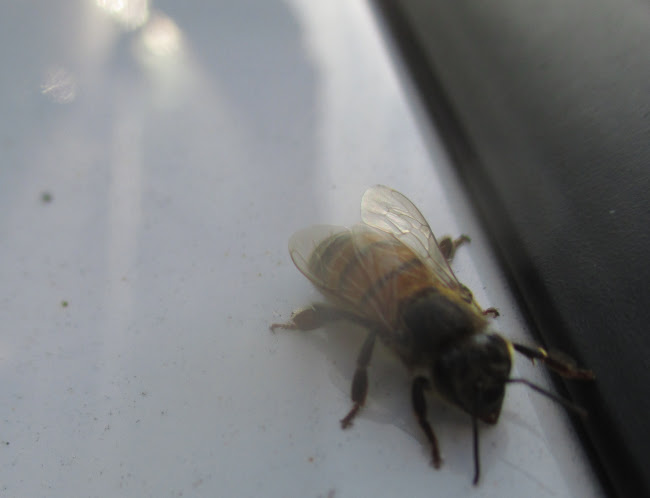 The latest of the many bees who've come to rest on my car. I guess 'tis the season of bee dying.

I took this at Plaza Bonita mall which is pretty far south. I had lunch at a bank owned Italian place called O's American Kitchen (previously Pat and Oscar's before they went bankrupt). I was approached by three people asking for money. I guess that's what I get for wearing spectator shoes. I finally gave one guy my breadsticks.

For the other end of the spectrum, I drove up to La Jolla to see the tide pools but the tide was high. 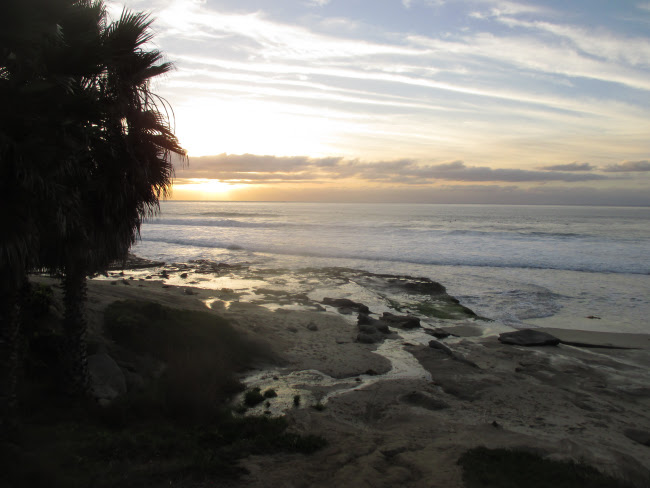 These seagulls were pretty funny. They just sat there screaming, totally unafraid, at everyone walking past, wanting some food: 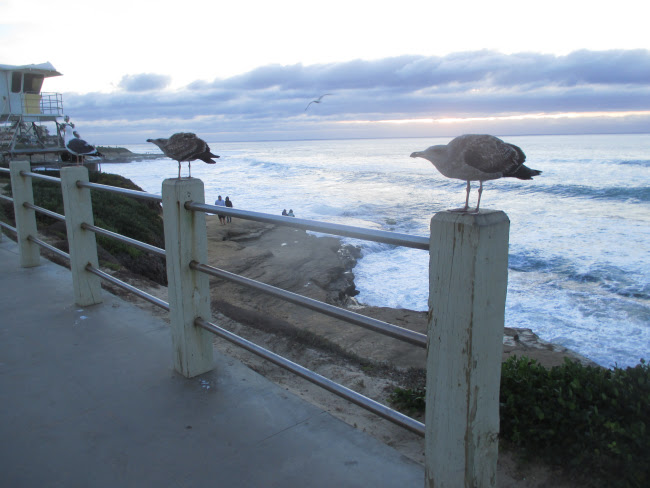 I hate this camera. I'm tired of trying to trick it into giving me the exposure I want by pointing it at a bright patch and then trying to whip it quickly over to the dark area I'm actually trying to take a picture of to get around its insistence on only letting me use a set of prefab exposure settings. Canon knows best, I guess, so this is why I end up with these lousy washed out shots. 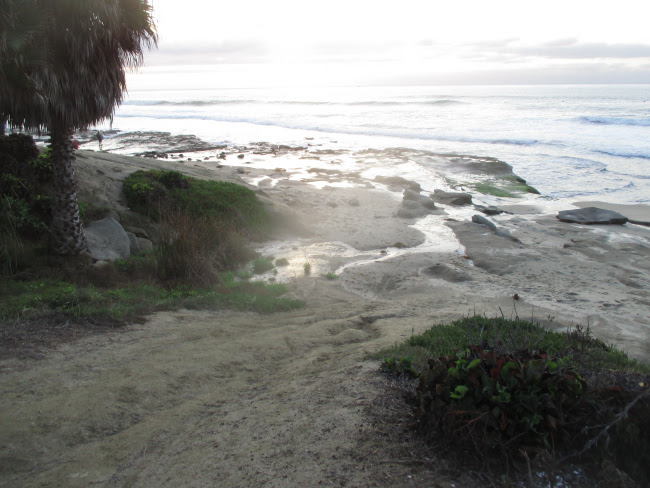 I need a proper camera. One that takes pictures at night without a flash. Though I've noticed the trick to doing it with this one is to keep the camera really still. Which is tough because I have an unsteady hand. People point at the squiggly lines in my comics as evidence I use Paint but, sadly, no, it's these lousy analogue hands. They give me no end of trouble in video games, too. I did manage to hold it steady long enough to get this photo of a church, though. 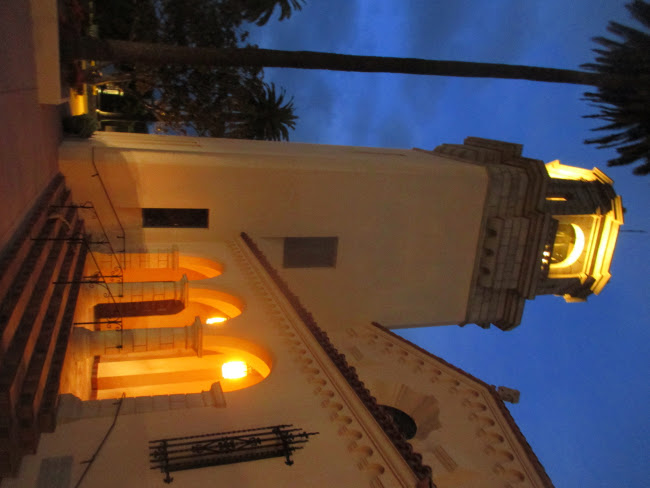 Across the street from the church was a slightly weird piece of motorised modern art, an eleven or so foot tall statue of a blacksmith pounding at an anvil. It's the sound I love the most, the rhythmic, undulating metal scraping mixed with the sound of the sea.