To Pick Up Some Power Converters 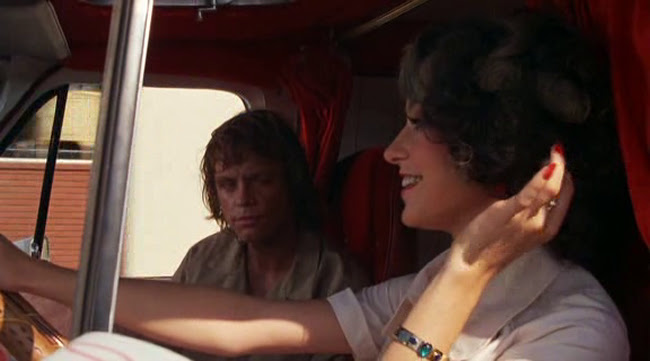 One of the enigmas of Star Wars: A New Hope is that Mark Hamill wasn't much of an actor. If you're like me, you've watched the first film enough times to become well acquainted with all the beats where Hamill reacts too early--his disappointed shoulder slump a split second too early when C3PO says, "There's not much to tell," his sometimes grating, whiny delivery. George Lucas isn't an actor's director and the only actors who come off well in his films are those with a massive cache of their own talent brought to the table. Yet the first Star Wars film not only works, Hamill works in it. Maybe his lacklustre performance actually helps foreground the world a bit more, but even that doesn't quite explain it. As I said, it's an enigma.

Hamill's since improved at least as a voice actor as his celebrated, long running career as the Joker in various animated and video game incarnations of Batman has shown. But the proof that Hamill in the late 70s didn't have what it takes to carry a film himself is in 1978's Corvette Summer. A poorly written adventure road film with not incompetent but truly dull direction, Hamill's uninteresting teenage gear-head navigates a nonsensical coming of age story with nothing particularly interesting to say. 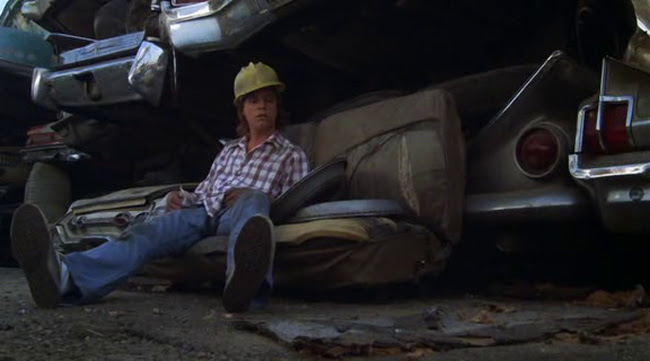 Kenny (Hamill) is coming to the end of his last high school semester and he and his auto shop class wander a scrapyard, looking for a car to restore as a class project. It's Kenny who spots the Stingray Corvette and from then on he seems to regard the car as his. 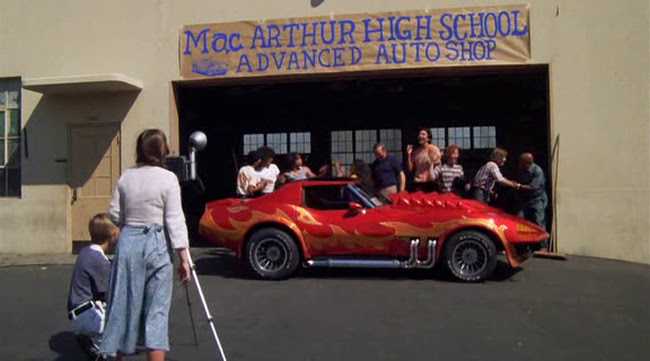 But all the students take turns driving it when its finished, only classmate Danny Bonaduce for some reason taking it out alone and when he leaves the car parked on the curb to pick up some burgers and cokes, of course it's stolen. So begins Kenny's odyssey as he alone seems to have the urge to track the car down. Eventually he learns it's in Las Vegas and it's on the way there he hitches a ride from the person giving the best performance in the film, Annie Potts as Vanessa, a would-be prostitute. 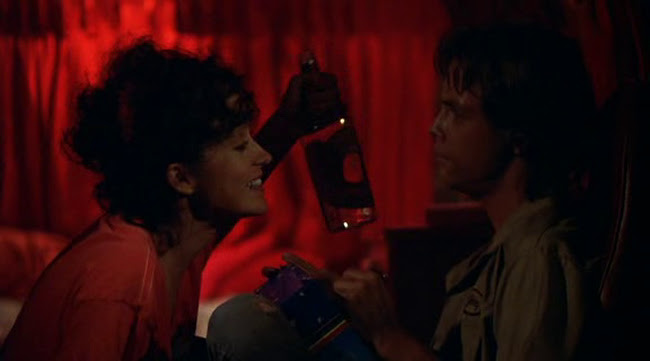 Here in 1978 Potts is the sexy young woman and eight years later she played the old lady character at the age of thirty four in Pretty In Pink, which goes to show how Hollywood regards actresses over thirty. She invests real belief in Vanessa even though she's no better written than Kenny, and she's genuinely entertaining when scolding him for the various hijinks he gets up to in attempting to retrieve his car, or avoiding retrieving his car. For his part, he whines about her and everything else and complains when she tries to have sex with him. He's generally insufferable. I was just about out of patience for the film when Dick Miller showed up for an interesting cameo. 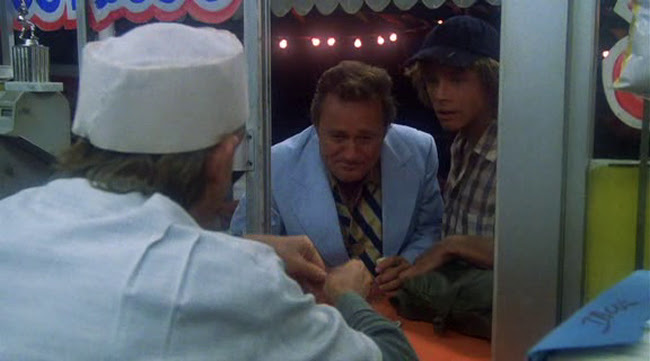 All too briefly, though.

The dull slog that is the remainder of the film features as villains the guy who played Leon in Blade Runner and Kim Milford, the star of Laserblast, the final film mocked on the Comedy Central run of Mystery Science Theatre 3000. 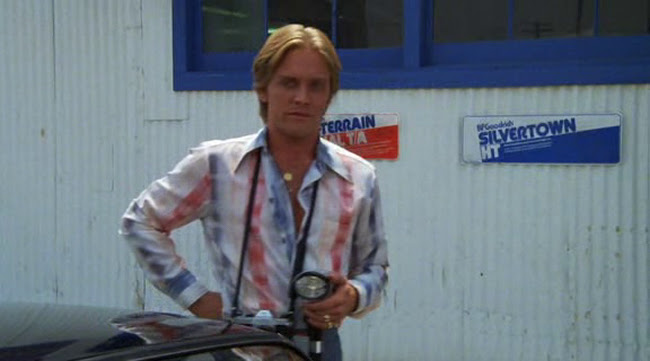 As bad as Hamill is in the movie, this guy is worse and it becomes a showdown between the mediocre and the inept in a high stakes etcetera.

Posted by Setsuled at 2:44 PM
Email ThisBlogThis!Share to TwitterShare to FacebookShare to Pinterest