It's Saturday and it still feels like Doctor Who day so . . . This past week I've listened to a couple more audio plays, Loups-Garoux and Dust Breeding, a Fifth Doctor story and a Seventh Doctor story, respectively. I think I preferred Loups-Garoux but I enjoyed Dust Breeding very much. Loups-Garoux sees the Fifth Doctor and his non-human companion, Turlough, visiting a future, deforested Brazil that has become a dustbowl. I love the rare occasion when Doctor Who portrays a grim future that actually seems likely and it gives Turlough--next to Jamie my favourite male companion--an opportunity to grouse about how stupid humans are. 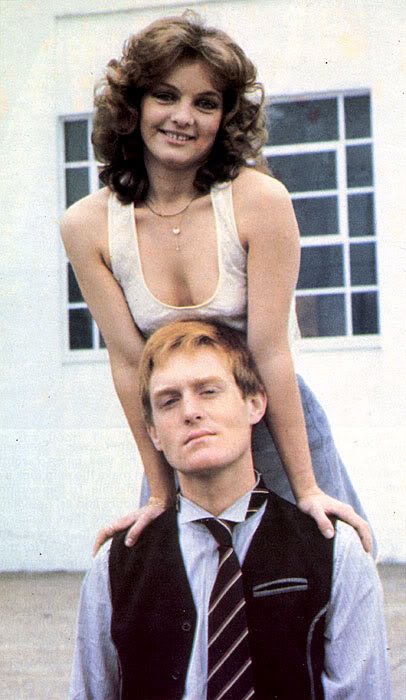 I found this image of Turlough with another non-human companion, Nyssa, on this Live Journal which appears to be entirely devoted to Nyssa.

I actually feel like none of the Fifth Doctor's companions were explored deeply enough. Certainly this picture makes me long for a story about a secret affair between Tegan and Nyssa; 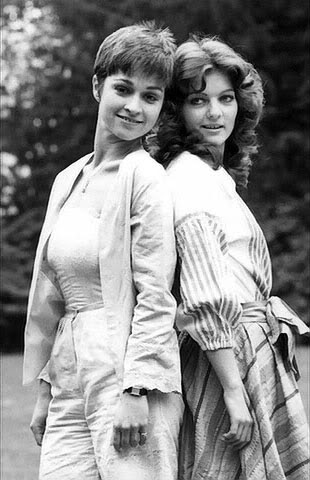 Anyway, Turlough is also a companion whose potential I never thought was quite tapped in his run on the show. Most of his stuff is related to the second Guardians of Time story arc. But I liked how flawed he was without being a villain or whiney. He was a kid who had slightly sinister motives and some unexamined self hatred.

Loups-Garoux turns out to be about a secret society of werewolves and feels rather like White Wolf soap opera. The queen of the werewolves is played by Eleanor Bron, marking her third Doctor Who appearance after the television stories City of Death and Revelation of the Daleks. Here she has almost a romance with the Doctor who's given dialogue about how women aren't his field, how he knows little about this romance stuff, one of the few times I've heard the fact that the Doctor rarely has an acknowledged girlfriend addressed. Though, honestly, there are several Doctor and Companion pairings where I think the two absolutely must have been having sex, it's just never mentioned on screen (Romana, Sarah Jane, Jo, Liz, Jamie). The dialogue between Peter Davison and Bron is unfortunately a bit stilted, stuff about him being her champion in a ritual fight. There's far too much of the Doctor being flustered and the Queen Werewolf stating political reasons for marrying the Doctor. A real flirty back and forth between the two--like in the audio play "The Land of the Dead", would have been nice.