The Case Goes On

Last night I dreamt I was riding in the back seat of my friend's family's car and was asked to provide some Christmas music. The CD player was in the back with me so I put in the soundtrack to David's Wedding, a television musical produced for the Disney Channel in the late 1970s by David Bowie and members of The Pogues. The opening song began with slightly jubilant but elegiac flutes, accordion, and drum and bass like the beginning of The Pogue's "Broad Magestic Shannon" but it ended with David Bowie chanting "David's wedding" over and over. Of the television production, I remembered the song corresponding with David Bowie, in full Ziggy Stardust makeup and costume, curled up in the middle of what looked like a Sesame Street back alley set with artificial rain pouring down. Disney was criticised for racial insensitivity for airing the programme while David Bowie was praised for making an insightful and generally healing comment on the state of race relations in America in the late 1970s. In fact, the term "David's Wedding" became synonymous with Christmas. People didn't say, "Happy David's Wedding," but if you said, "David's Wedding is coming up at the end of the month," people would know you meant Christmas. 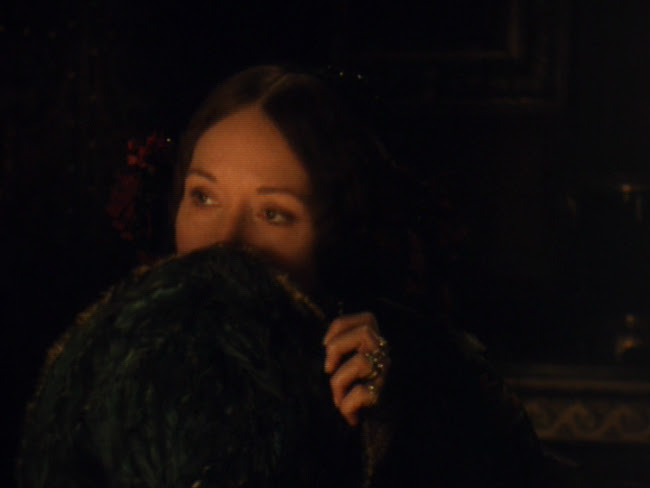 I also started watching the BBC's 1985 adaptation of Charles Dickens' Bleak House last night, an eight part series of one hour episodes with Diana Rigg as Lady Dedlock, Peter Vaughan as Tulkinghorn, and Denholm Elliot as John Jarndyce. Mostly I like it so far. I love the literally bleak quality of it, all the darkness with murky lanterns or candles feebly illuminating faces. 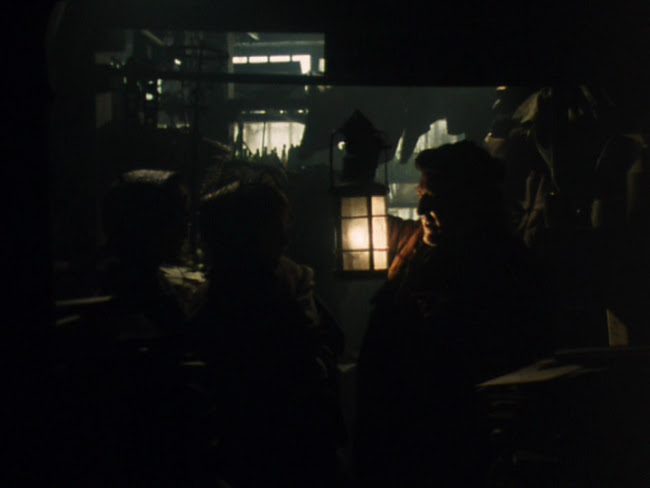 The casting is the best part, though, except for the overly slimy guy they have playing Guppy. Peter Vaughan, too, might come off as a bit too sanguine for Tulkinghorn but Diana Rigg as Dedlock seems perfect. However, the casting of Denholm Elliot as John Jarndyce cannot be rivalled in its perfection. Few actors would more perfectly and genuinely convey the combination of generosity, modesty, and deep, barely repressed sorrowful frustration. 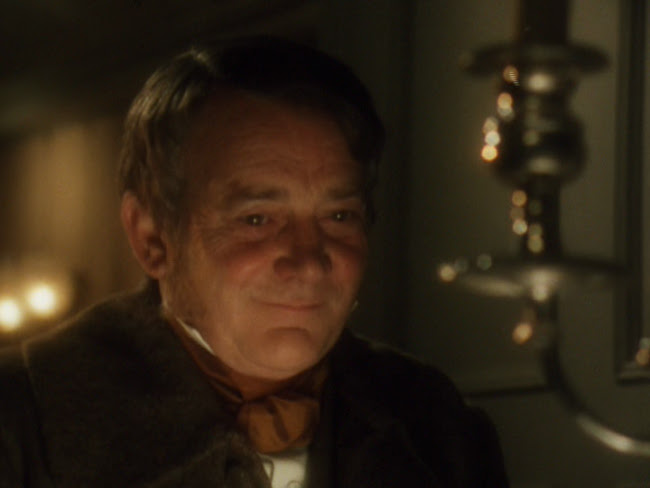 Posted by Setsuled at 11:21 AM
Email ThisBlogThis!Share to TwitterShare to FacebookShare to Pinterest