A Useless but Blood Filled Corpse 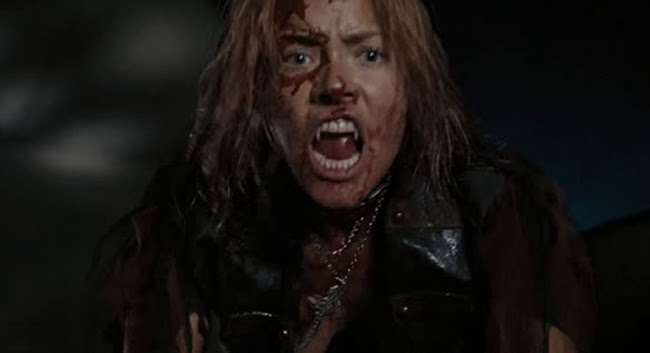 Now for a bad movie I can appreciate. 2005's BloodRayne is almost as notorious as its director, Uwe Boll. The dialogue barely makes sense and seems half the time like no two characters can actually hear each other, make up and costumes are plain and cheesy, the action sequences feature the actors moving slowly and awkwardly. But there's some inventive gore, some beautiful women photographed to advantage, and a large cast that is entertaining for various reasons. Most of all, I appreciate the fact that Uwe Boll clearly has interests--blood and boobs, mainly--he just lacks talent or skill as a filmmaker. The worst movie by someone who cares will always be better than the best movie by someone who doesn't, at least in my book.

Really, BloodRayne's no worse than most episodes of Xena: Warrior Princess and resembles it in a number of ways, particularly in the haziness of its period setting. Wikipedia says the film is set in the eighteenth century but the combination of liberties taken with costume, makeup and hair and the low budget makes this movie look like it may as well be set at any point between 1600 and 1900. 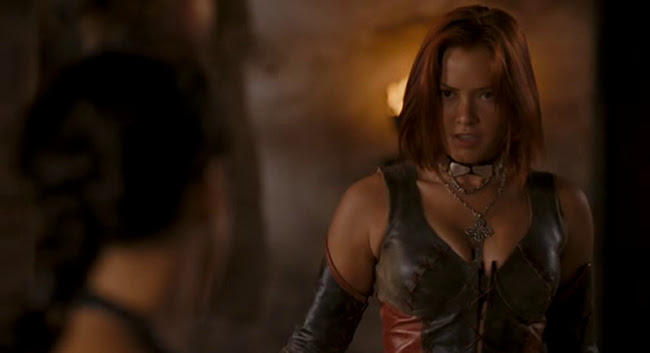 Kristanna Loken plays Rayne--a Dhampir, meaning the offspring of a human, her mother, and a vampire, in this case a powerful vampire lord played by Ben "I'll Appear In Any Movie, Any Time" Kingsley. Rayne, who is an expert martial artist with super strength, is introduced somehow being held captive by a cheap travelling carnival which somehow thinks the fact that Rayne's skin is burned by water is a really great show. 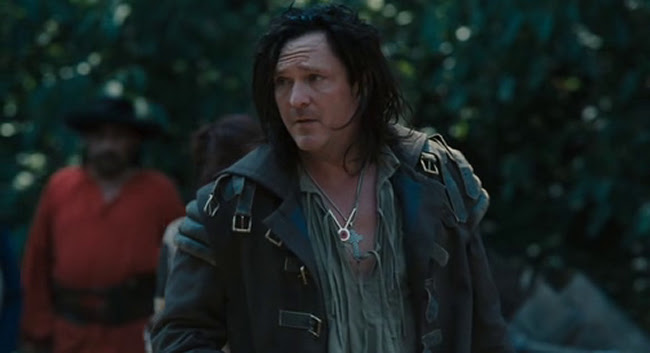 Meanwhile, a group of vampire hunters are introduced played by Michael Madsen, Michelle Rodriguez, and some guy with a mullet. Madsen has gone on record as not liking this movie but his feelings are clear in the film itself from the way that, no matter what happens, he delivers every line with the same monotone and bored expression. 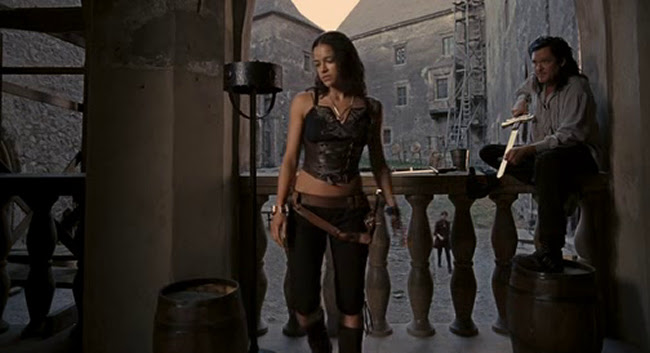 The best part of the movie might be the opening credits which feature a montage of macabre paintings from throughout the centuries. 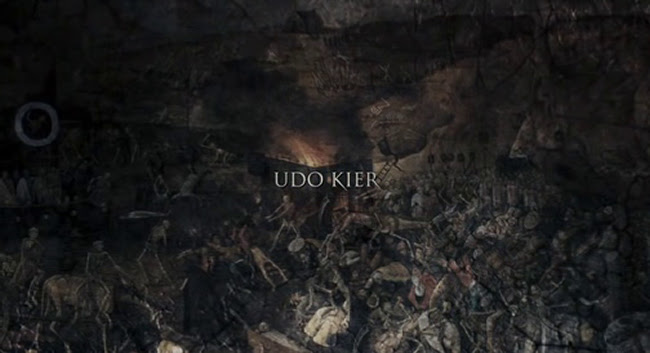 Yes, Udo Kier's in the film. He plays a monk who guards a pair of eyes Rayne steals to give her the power of not being hurt by water. Kier wonders how she can be a vampire who wears a crucifix, she tells him it's because she's actually a Dhampir, he says he knows and has been expecting her for some time. The screenplay is credited to Guinevere Turner of all people who says her work was extensively tampered with. I suspect one part of this dialogue was from her screenplay and the other 50% is from who knows where or why.

It's at the monastery we see some of the inventive gore, like this guy getting a sword through the face: 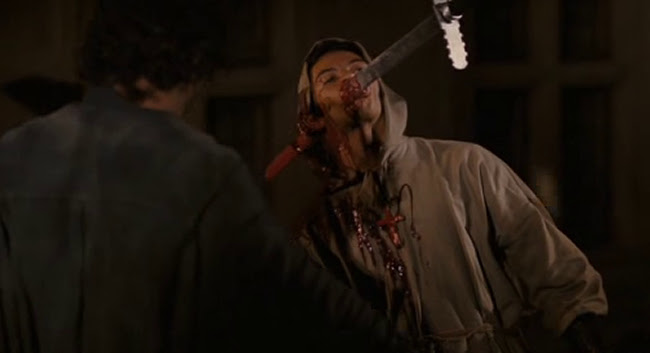 Meat Loaf has a scene as one of the level bosses, an aristocrat of some kind who spends all day in bed with his concubines. 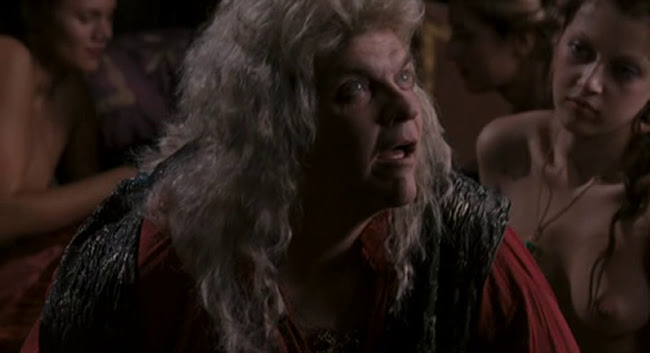 But it's Billy Zane who gets the "special appearance by" credit and his two scenes where he delivers some exposition were a privilege, I guess. 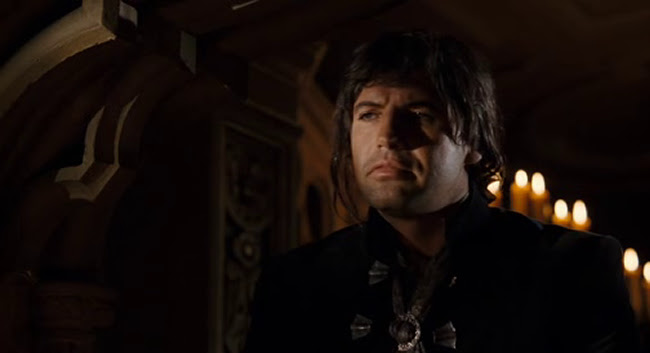