The Virtue of Dreaming Avoided for Discussing It 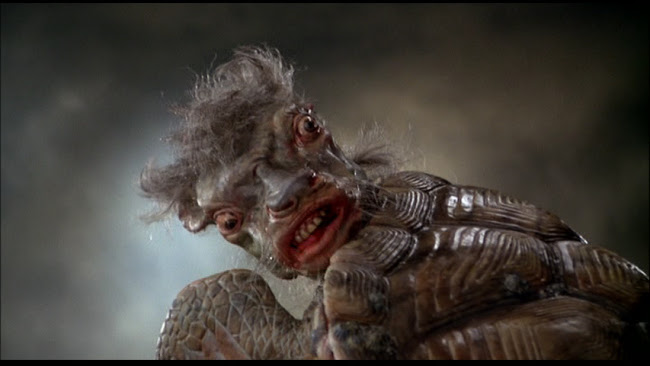 What if a filmmaker really wanted to make a movie set in 1930s New York about a hot shot American reporter and an English orphan girl falling for each other but through some quirk of circumstance that filmmaker was forced to make his movie about Lewis Carroll and Alice Liddell? It wouldn't surprise me if that were the story behind the making of 1985's Dreamchild, part breezy little romance, part brief vignette on the real life Alice and the author of the famous books. Featuring Ian Holm wonderful as always as Carroll and a very effective child actress, Amelia Shankley, as the young Alice Liddell, the movie also has some really amazing Jim Henson Creature Shop characters that make you wish Jim Henson had simply adapted the Alice books. 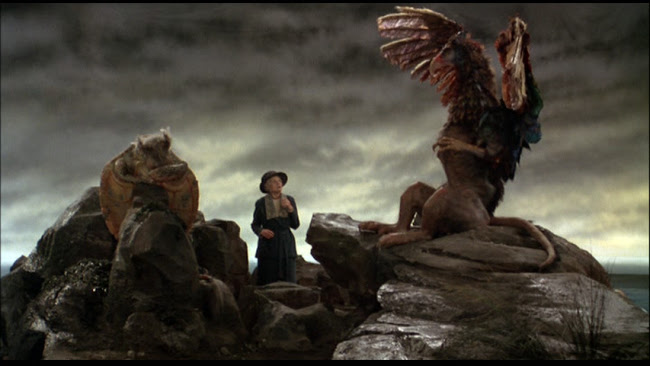 These appear in dream or hallucinatory sequences experienced by the elderly Alice (Coral Browne), now Alice Hargreaves, in the U.S. to commemorate Lewis Carroll's centennial at Columbia University. Nonetheless, she's a little put off by all these Americans insisting on calling her "Alice" instead of "Mrs. Hargreaves", a point the film reiterates far past seeming credible. Her assistant is Lucy (Nicola Cowper), a shy orphan girl, and the two of them are bewildered by a wave of reporters as they arrive in New York. One of them, Jack Dolan (Peter Gallagher), wins their confidences and essentially becomes Hargreaves' agent. 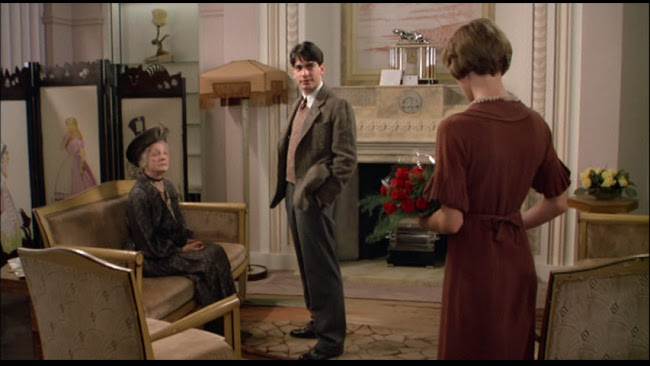 Most of the movie is about Jack's struggle with proving he's honest even as he is trying to make a buck in the middle of the Great Depression, after all, as he reminds us in dialogue though we're never shown soup lines or anything. Hargreaves can't understand why people are interested in Alice's Adventures In Wonderland and Jack gives her the spiel about how people need to dream. 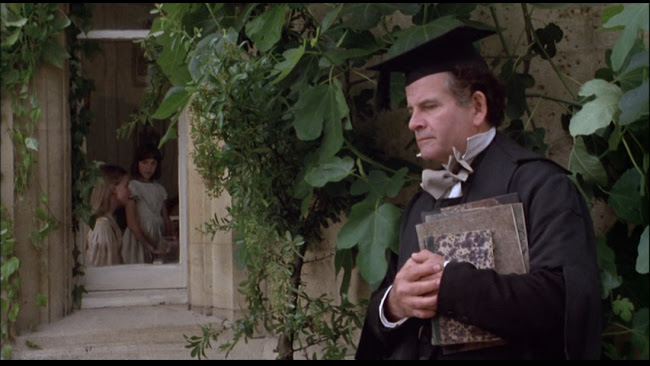 Gradually, memories take over and we see very brief scenes of Holm as Carroll and Shankley as Liddell. They never have dialogue that establishes their connexion, the film sadly takes it for granted. Carroll has hardly any lines, hinting at one point he wouldn't want Alice to marry the first gentleman who asks her and so on. Though Holm is very good at contriving a stutter like the one Carroll reportedly had and he invests his few scenes with a real sense of the man's discomfort and anxiety with the adult world. Shankley brings out more mischievousness than is hinted at in her namesake character or in the many surviving photographs Carroll took of her. It's a bit jarring when she recites dialogue from the book next to new dialogue created for the movie.

The movie's Alice Liddell seems as though she takes giddy pleasure in the affection the Reverend Dodgson (Carroll's real name) has for her, whether or not she has any real sympathy for him being somewhat in question. This may have been the actual relationship but my impression was that Carroll was charmed more by the credulity and openness of children than he was seduced by their cunning. 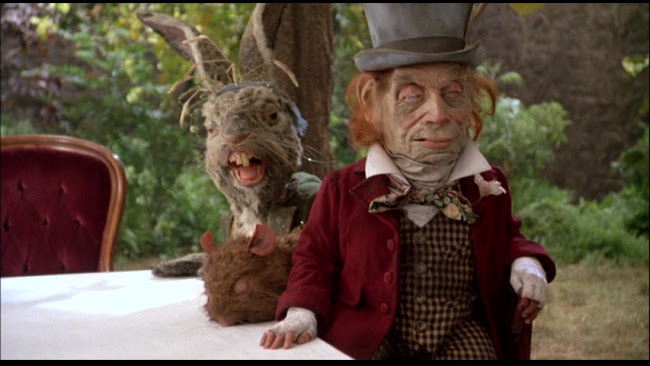 The highlight of the film really is the Jim Henson Creature Shop scenes which mostly use dialogue directly from the first book--featured are scenes with the Mock Turtle and Griffon, the Mad Tea Party, and the Caterpillar. The Creature Shop takes faithful reproductions of John Tenniel's illustrations and expands them credibly with splotchy skin on the Hatter and tangled fur on everyone else. 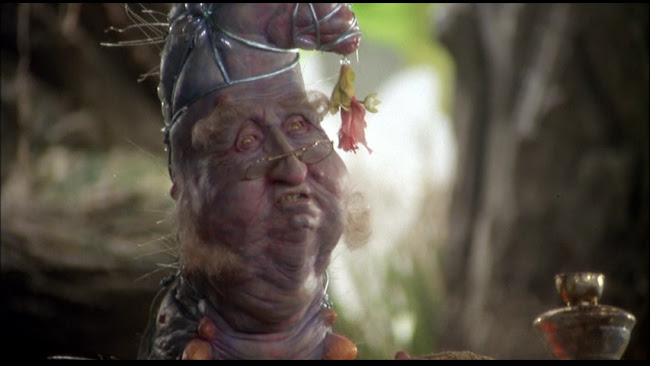