Even Monsters are Vulnerable to Hijinks 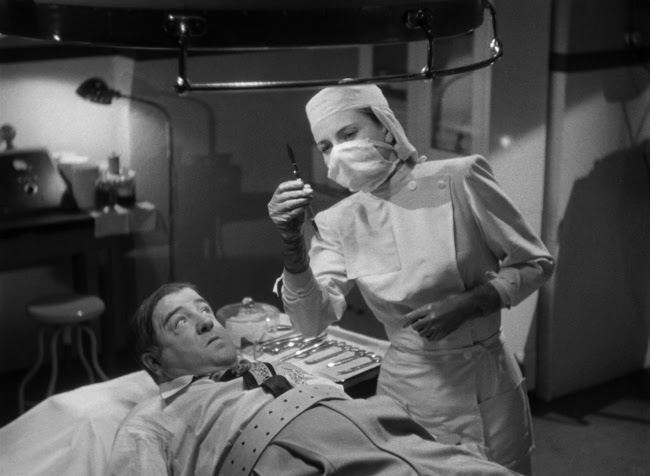 A werewolf desperately pursues a vampire lord across the world in the hopes of averting the vampire's plan to create an unstoppable killing machine from human corpses. And wandering into this nightmare are a couple hapless baggage clerks in 1948's Abbott and Costello Meet Frankenstein, an entertaining horror comedy that doesn't undermine its monsters as much as you might expect. Central is Lou Costello's understated but extreme anxiety which is funny but also credible.

Dracula ships himself and Frankenstein's monster to Florida in coffins in the pretence of being wax figures for a novelty horror museum. Lawrence Talbot, the Wolf Man, vainly tries to phone the railway baggage office to warn Florida of the incoming peril but has the misfortune of reaching Wilbur (Costello). 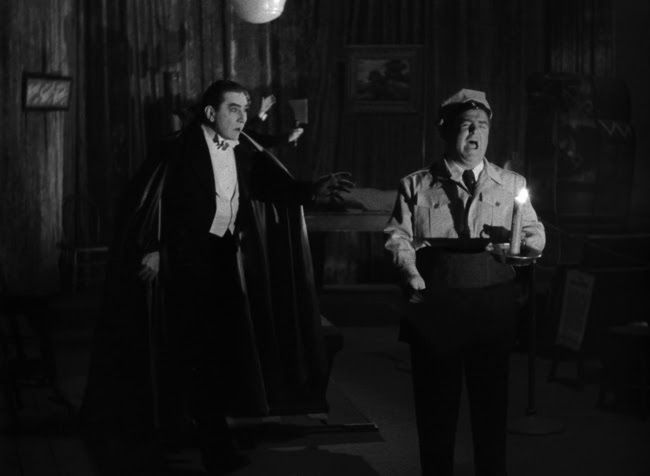 The comedy in the film mostly involves Wilbur being frightened by little hints of Dracula and the Monster's presence and then his partner Chick (Bud Abbott) not believing him. There's also some amusing business about two beautiful women who seem to suddenly be inexplicably obsessed with Wilbur. One of them is Joan Raymond, played by Jane Randolph familiar to fans of the Cat People movies. 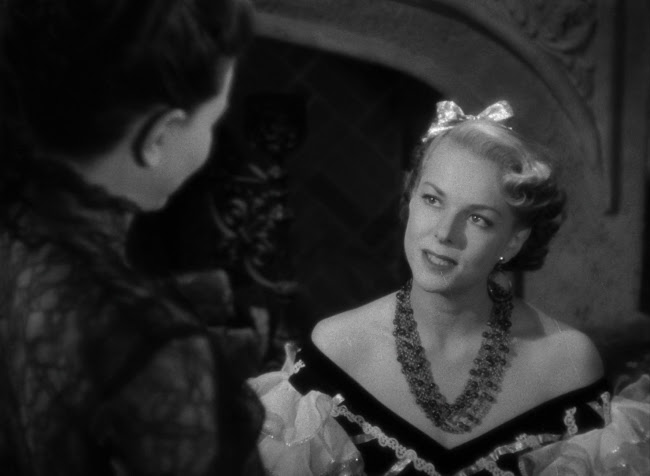 I'm not really a fan of the Lon Chaney, Jr. Wolf Man but it says something about Abbott and Costello Meet Frankenstein's respect for its monsters that was actually interested in the showdown between Wolf Man and Dracula. It adds quite a lot that both are played by the actors who made the roles most famous.