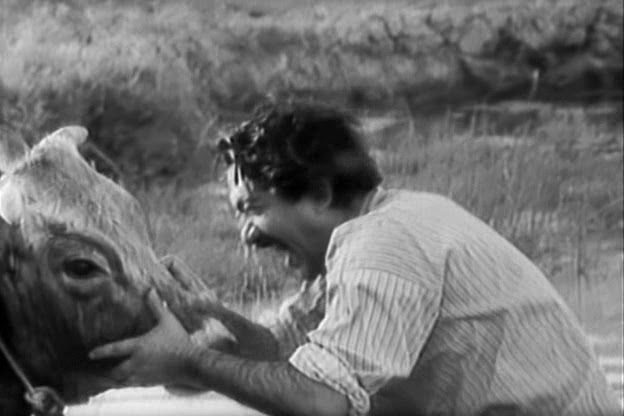 It's unlikely you or I will ever love anyone or anything as much as Masht Hassan loved his cow. The central character of 1969's The Cow (Gaav), he's part of a picture of the difficulty in handling intense, violent emotion. Shot with extreme, expressionistic black and white contrast, the film creates the narrow reality of obsessive love and the few options left to the individual's friends and relatives to ease the suffering of such an obsessed person when the object of his love is suddenly taken.

Hassan (Ezzatolah Entezami) has the only cow in his small village which may explain his attachment to the creature. He feels an intense pride, it's clear, but it goes beyond that. He bathes with her, he even can't restrain himself from eating with her. 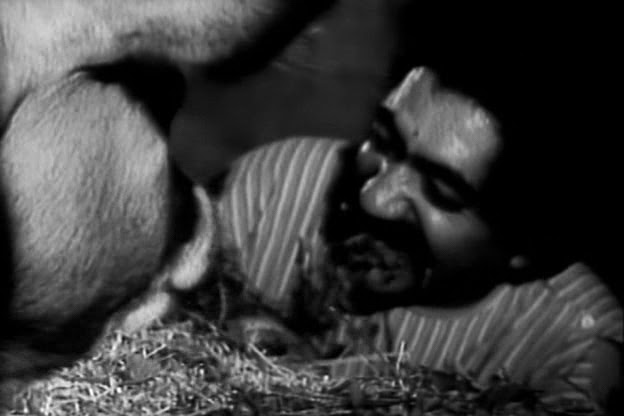 Envious young men from a neighbouring village watch Hassan and his cow from a distance, looking for an opportunity to steal the animal. Children in Hassan's village laugh and dance about the cow when Hassan brings her in from pasture and he angrily scolds them for trying to feed her candy. 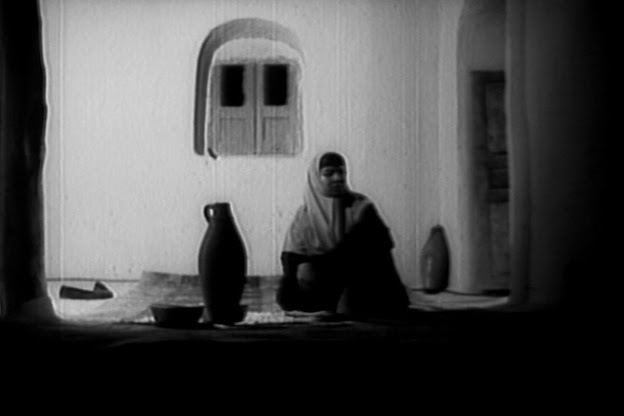 He has to leave for a day or two and leaves the cow in his shed, under care of his wife. The whole village is awoken one morning by her terrified cries, wondering if God hates her--somehow, the cow died during the night. She found her on the floor with blood about her head. 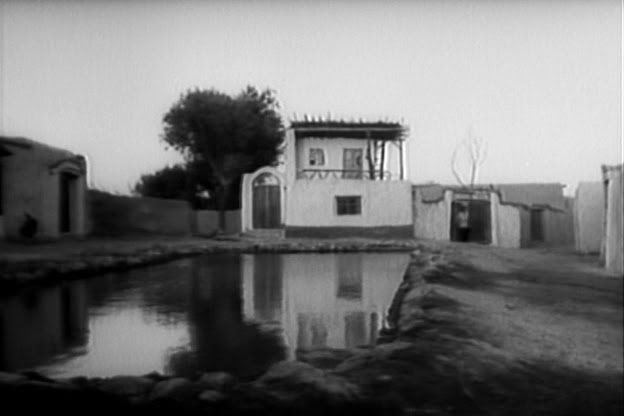 The men of the village argue about how to handle it. Hassan's love for the cow is so extreme and so well known that everyone is sort of awed by the depth of the calamity. After some arguments, they decide to tell Hassan the cow has run away. But there's a mentally impaired man in town who is bound to spill the beans so they have to tie him up in the mill. 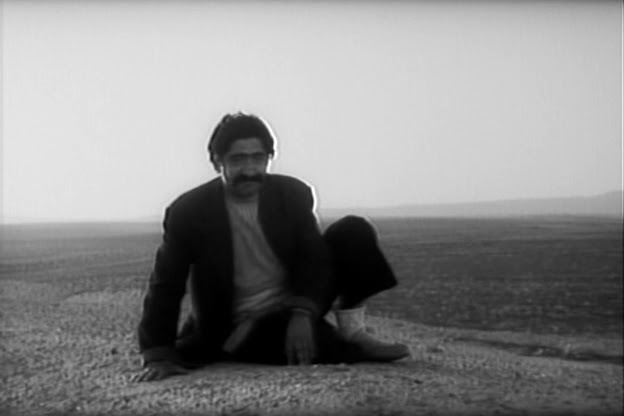 Hassan's reaction when he finds the cow gone shows their fears to be well founded. It becomes a tale of madness and of how the human mind will completely retreat from or attempt to destroy a reality it cannot accept.