A Mystery on a Time Table 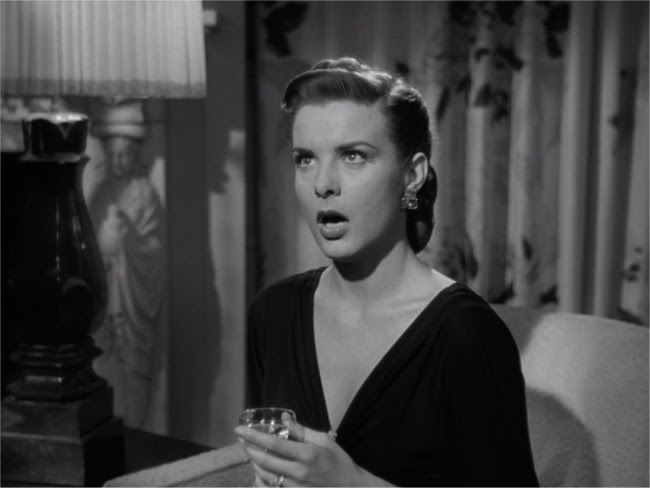 One thing 1953's A Blueprint for a Murder definitely has is a good blueprint. The plot about a woman who may or may not have murdered her stepdaughter finds ample opportunities for great, provocative suspense. The cast is terrific, too, featuring Joseph Cotten, Jean Peters, Gary Merrill, and Catherine McLeod. It doesn't quite connect, though. There's a peculiar disconnect from the events portrayed that I would blame on director Andrew L. Stone's bad instincts and possibly on studio interference. Certainly the ending of the film, which strikes several wrong notes, feels like it was a hasty studio mandate.

Cam (Cotten) has a job that requires him to do a lot of world travel so he hasn't actually gotten to know his sister-in-law, Lynne (Peters), very well. Her husband, his brother, is now deceased and she's taking care of his two children from a previous marriage. Cam comes home when one of the kids is dying in the hospital from a mysterious ailment. 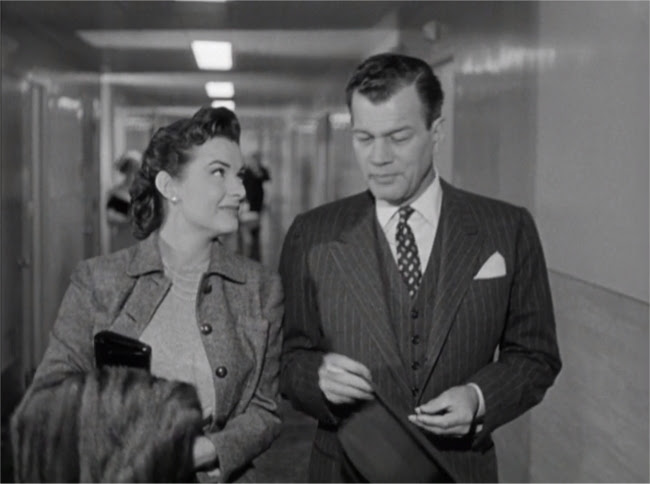 I was happy to watch Joseph Cotten and Jean Peters play off each other in good cinematography--the two also star together in Niagara, a great colour noir--but the film makes its first misstep when the little girl dies. No-one ever seems quite as devastated by it as they ought to be though Peters does a good job of never seeming too guilty or too innocent. When a kid dies, at least one person really ought to be shown crying or despondent. Something to suggest trauma. 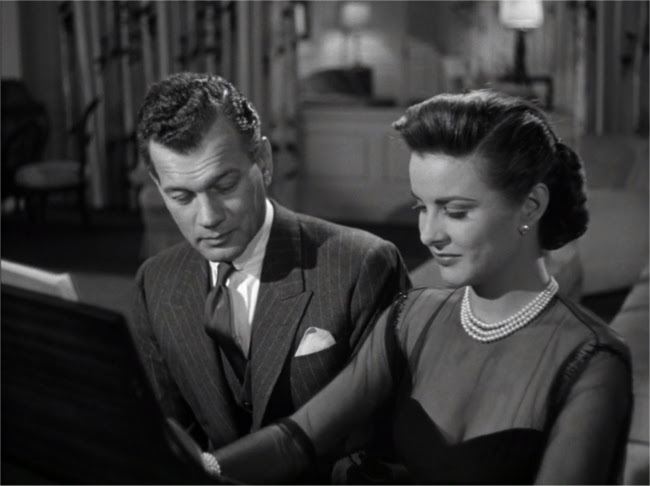 Stone also wrote the screenplay which really is a good blueprint. He's good at arranging all the legal facts and plot points as Cotten pursues his own investigation, instigating an autopsy and questioning the nursing staff. All the actors do fine but one senses a clear lack of direction in every scene. Everyone seems to be in default line reading mode, some actors being better at it than others. Cotten is always good, I consider Peters one of the 1950s' underrated treasures, and Merrill is fine as the family lawyer helping Cotten figure things out. Catherine McLeod plays Merrill's wife and she's the first person to suspect Peters might be a killer. When Cotten mentions how the little girl complained repeatedly, "Don't touch my feet!" McCleod is reminded of a case of strychnine poisoning she investigated. The actress makes an interesting gesture with her hand on her face while she thinks. 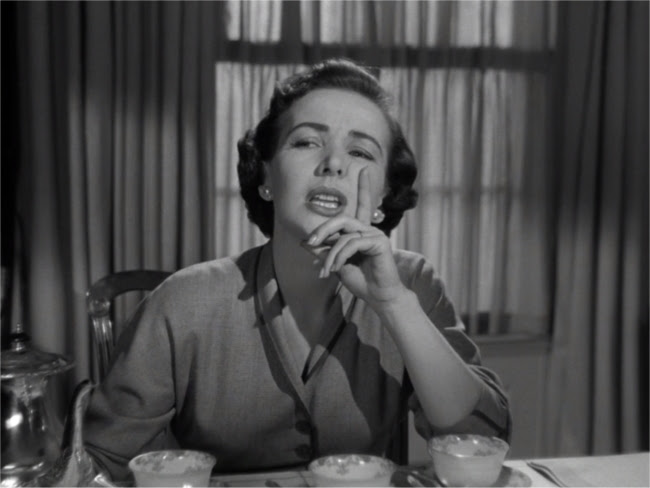 Together with the weirdness of the line, "Don't touch my feet," the scene is memorable.

The end of the film finally reveals whether or not Lynne is indeed the killer. Set on a cruise ship, Cam has to pretend he's falling in love with Lynne so he can keep an eye on her and possibly get close enough to kill her before she kills the other child. But is he falling for her? Is she falling for him? That seems to be the implication. Because of this, the movie really needed to do some followup after the final revelation but it doesn't. It's as though Stone's interest in the film's plot wasn't matched by an interest in its heart. Maybe he should've built model trains instead. On the other hand, if another director used his screenplay, I could see this being a really good movie. Otto Preminger or John Huston maybe.

Posted by Setsuled at 8:31 PM
Email ThisBlogThis!Share to TwitterShare to FacebookShare to Pinterest