Is Anyone Safe from the Bee Girls? 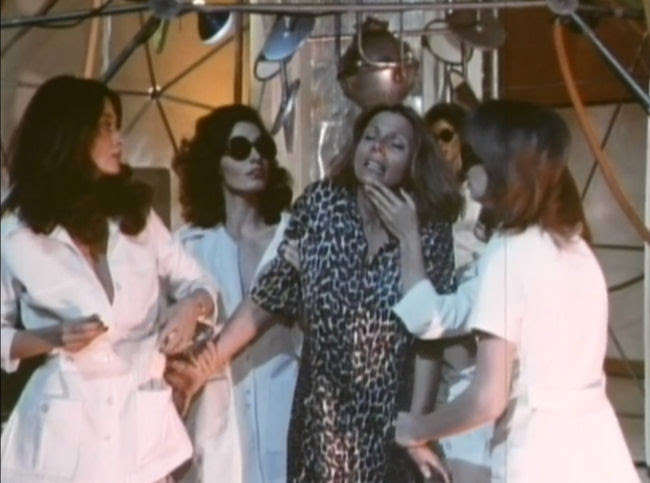 A strange epidemic runs rampant and a curfew is instituted, despite complaints that such measures encroach on civil rights. But at first this seems the best way to stop a series of deaths by orgasms caused by seductive bee girls in 1973's Invasion of the Bee Girls. A low budget exploitation film, it has a screenplay by Nicholas Meyer, the same guy who directed Star Trek II, though apparently the final film reflects many changes he didn't approve of. It's certainly not even one of the best Grindhouse movies I've seen but it is an amusing, kind of sexy movie with lighting at turns distractingly terrible and kind of interesting. 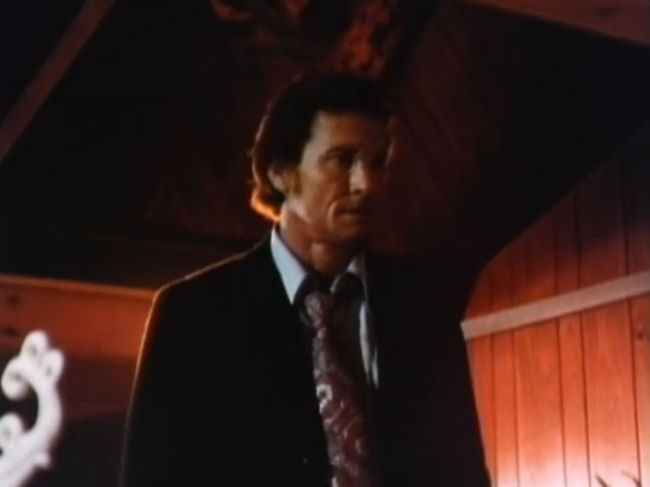 This is one of the kind of interesting shots. Special Agent Neil Agar (William Smith) is uncovering a clue about the queen bee, Dr. Susan Harris (Anitra Ford), referred to previously by gossiping colleagues as an "ice queen". 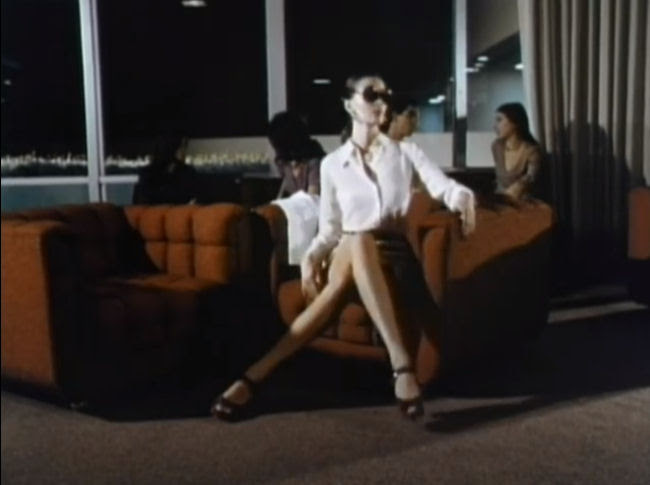 But when the mysterious bee persona takes over her body for reasons that are never very clearly explained, she takes one of those gossiping colleagues home for a dimly lit sex scene that goes on much too long, however beautiful Ford may have been. 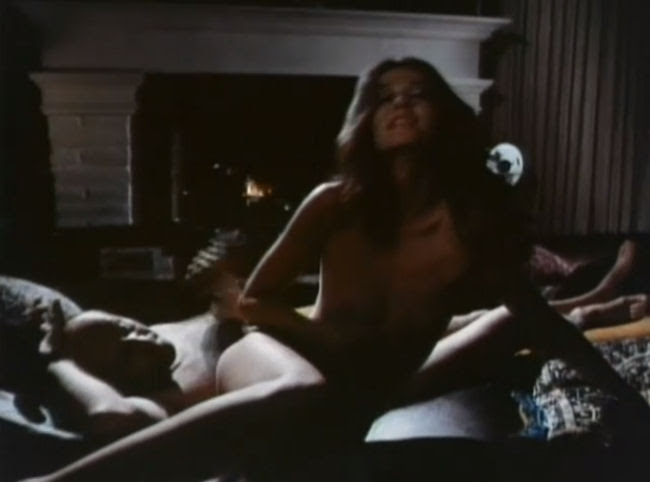 I'm a fan of genuinely dark lighting but one has to recognise the filmmaker, in that case, needs to do a lot more work to communicate ideas to the audience. In one scene, Agar runs from some enemies but it was some time before I could figure out who anyone was in the shots of figures scampering about in near total darkness. 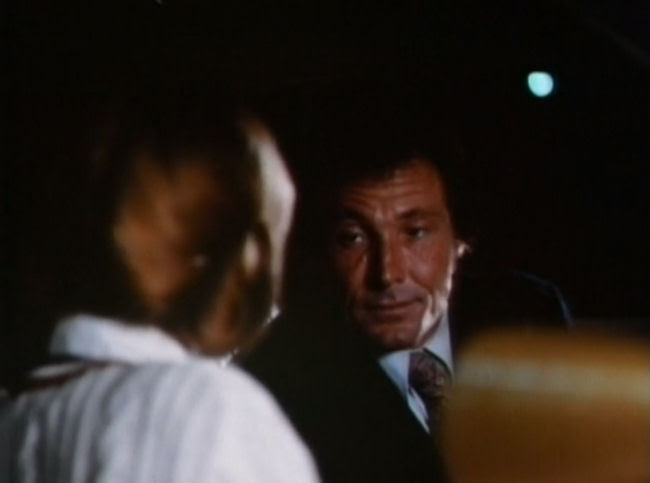 Agar's a terrible detective. Somehow he just guesses the culprit is a group of bee women. When he goes to interrogate Dr. Harris, she reluctantly leaves the lab after he tells her his questions are very urgent. Then he just asks her how often a queen bee mates. Then he leaves. 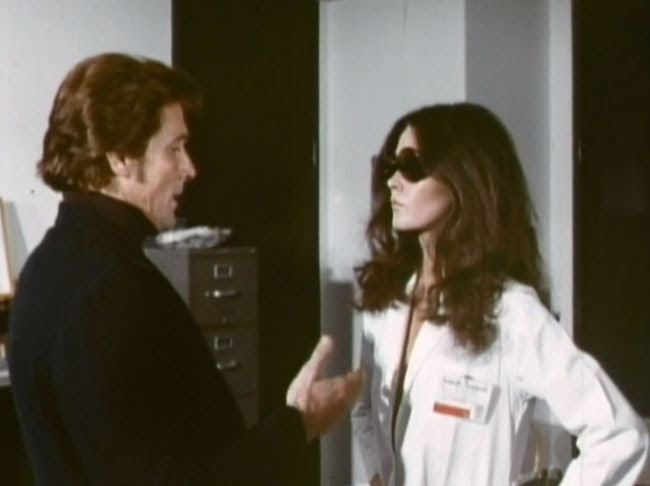 I kind of wonder if in some draft of the screenplay Agar was meant to be kind of dumb, though. There's another scene were he just laughs distractedly while one of the characters drops about a billion clues to the identity of the killer. Nothing gets through his skull, well past the point an idiot would've asked, “Wait, are you talking about Dr. Harris?”

But Smith gives a decent performance. And it's just fun watching the bee women do their thing, especially when they're all assembled, wearing nothing but labcoats and shades, and inducting new members by stripping them down and coating them with some kind of plaster. 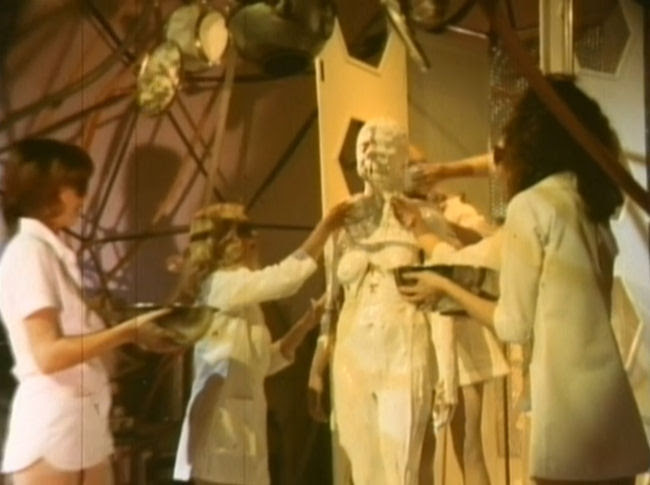 Invasion of the Bee Girls is available on Amazon Prime under the title Graveyard Tramps.

Posted by Setsuled at 12:51 AM
Email ThisBlogThis!Share to TwitterShare to FacebookShare to Pinterest