Those Pretty Flowers Just Waiting to be Plucked 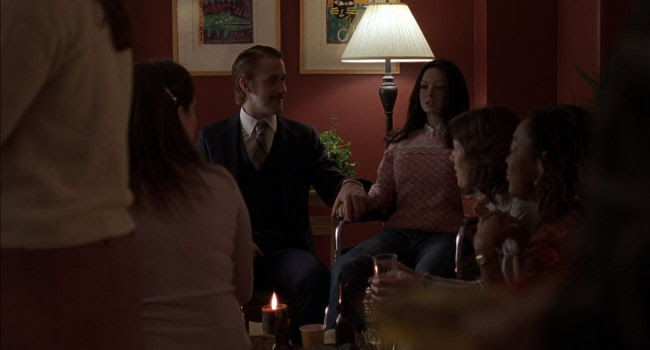 For some people, the greatest sexual fantasy is of a completely passive and compliant partner, someone with no interior life and who is utterly dependent on their lover for satisfying physical and emotional needs. Ryan Gosling plays such a character in 2007's Lars and the Real Girl, a romantic film designed to please viewers who fantasise about relationships between dominant women and passive men. If you're a submissive man or a woman inclined to domination, this might be the movie for you.

The ironic thing, of course, is that it's about a man who falls under the delusion that he's in a relationship with a sex doll, which you might expect to lead to just the opposite sort of story. We meet Lars (Gosling) before he acquires the doll and he's living alone in a garage, part of a large midwestern estate. His brother, Gus (Paul Schneider), and pregnant sister-in-law, Karin (Emily Mortimer), live in the enormous main house. Karin is constantly pestering Lars to come over for dinner but Lars prefers to be alone. At one point, she jumps in front of Lars' car and tackles him when he gets out, just to insist that he come to dinner. 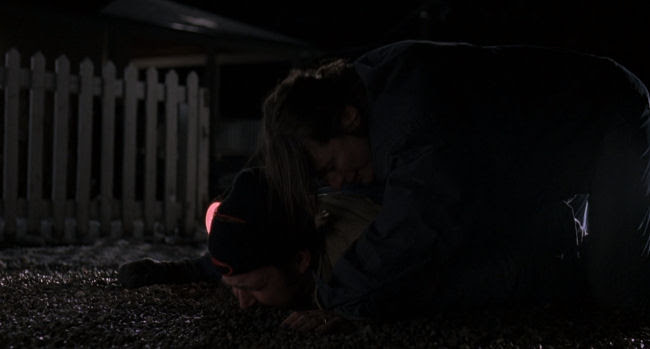 Can you imagine if the genders were swapped in this scene? Of course, it's not too hard because stories of infinitely wise men fixing emotionally broken women are easy to find in cinema of the 40s and 50s, movies like The Snake Pit or my least favourite Hitchcock film, Marnie. I don't tend to enjoy such films but, as with Lars and the Real Girl, I'm sure there are plenty of people who find them immensely satisfying. What right have I to judge? 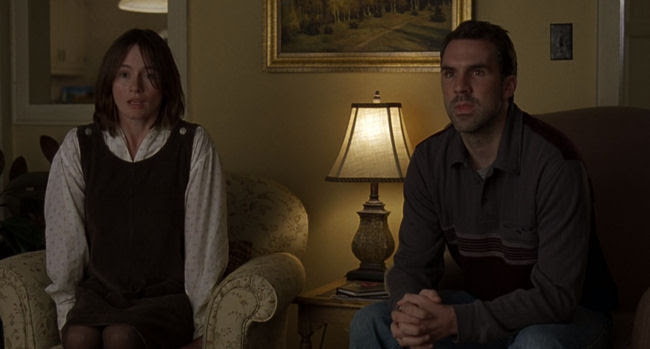 For a while I thought Lars and the Real Girl was going in a different direction. When Lars introduces his new plastic lover, at first I thought it was a rather clever way to finally get Karin to leave him alone. In a way similar to a Vodun bocio, the often deliberately frightening dolls of bone, feathers, and and various other ingredients meant to frighten away people or repel magic. I thought maybe his strategy was to make himself such an unappealing dinner guest that Karin would never invite him again. 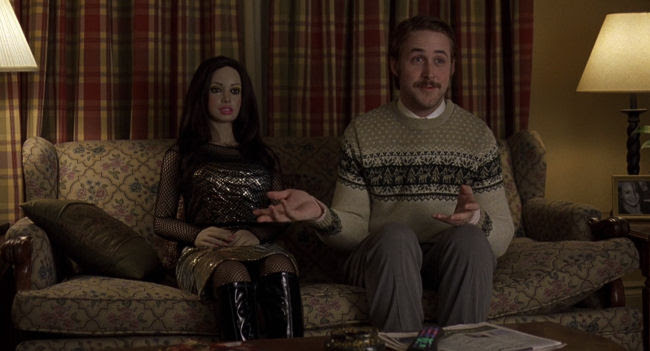 There are some signs that make me think this was the intent in an earlier draft of the screenplay. When they sit down to dinner, Lars politely asks about Gus and Karin's lives and Gus pointedly changes the subject when asked if anything is wrong. There's another scene where Gus is asked why he's not going to work and he says he's not feeling well in a defensive tone. It starts to look like maybe the real psychological dysfunction belongs to Gus--possibly that he's been laid off from work and he's carrying on under the delusion that he's still employed. But then later we see him at work and all of these hints at the beginning of the film never lead anywhere. 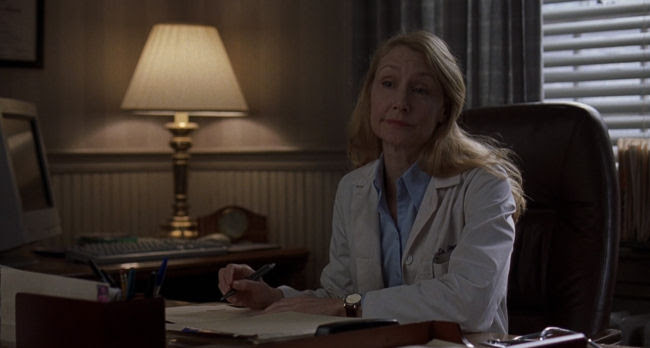 All of the women in the film are presented as sensitive and wise and all the men are presented as small minded children except for the local pastor who only appears in two scenes. Gus is unreasonably irritated by the idea of playing along with Lars' delusion while his wife instinctively accepts Bianca, the doll, as do all the other women in the community. Soon Bianca is volunteering at the hospital and has a part time job in a clothing store. Amusingly, Lars and the doll have their first argument when she has a hospital dinner scheduled on a night when he wants to be alone with her. He comes upon Karin and another woman doing Bianca's hair and dressing her--Bianca, an object designed to complement Lars' preferred life of solitude, has become a tool to socialise him. This comes to a head when Lars and Karin have an argument in which he accuses her of being selfish and she throws back at him how much work she and the other women have put into making Bianca part of the community. Which might have been a point for Lars to point out this is exactly the kind of emotional debt he'd tried to avoid by taking a doll for a girlfriend but the film is firmly on Karin's side. 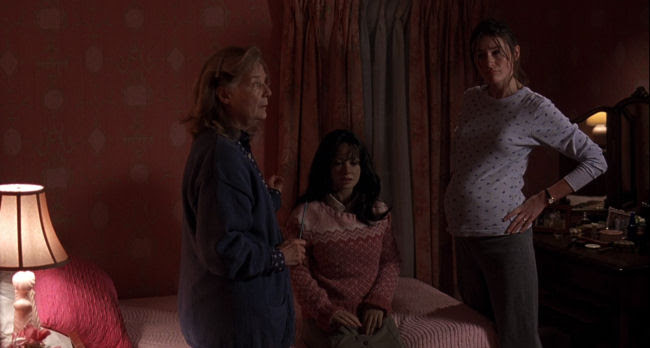 It's a bit of an extrovert's fantasy, the idea that introverts don't really want to be alone, they're just waiting for extroverts to rescue them. We know Lars likes to be alone but we never actually see what he does with his time except look out the window wistfully. One bleak shot shows him sitting quietly on his bed in the darkness. It's not clear what his job is, only that it's in an office and there's no sense that Lars does anything of value. He doesn't seem to have any opinions. Naturally, too, he's much too pure to actually have sex with Bianca who sleeps separately from him in his deceased mother's bedroom. All of these things would be complications, of course, in the project of bringing this attractive man out of his shell to eventually accept his wise and benevolent lady with blushing humility, grateful to her for at last giving his life meaning.

Ryan Gosling gives an excellent performance, as always, showing an internal conflict clearly and subtly. Emily Mortimer is also very good though she doesn't quite pull off an American accent.

The waiting bid was lost for being late.
A pitted clock could ape a metal hat.
It's nearly time we struck the timeless pate.
For something took the tiny purple cat.
A fitting mask completes the stocking line.
As pencils make the river run with grey.
The heavy tinsel droops the elder pine.
And all the bridges crowd the massive bay.
A curling green would fade to blue in rain.
Another green contained a greater grass.
The ectoplasm left a citrus stain.
Sufficient grades create a muscle pass.
A handy lump of plastic changed the year.
A diff'rent kind of liquid changed the beer.

Posted by Setsuled at 7:21 PM
Email ThisBlogThis!Share to TwitterShare to FacebookShare to Pinterest