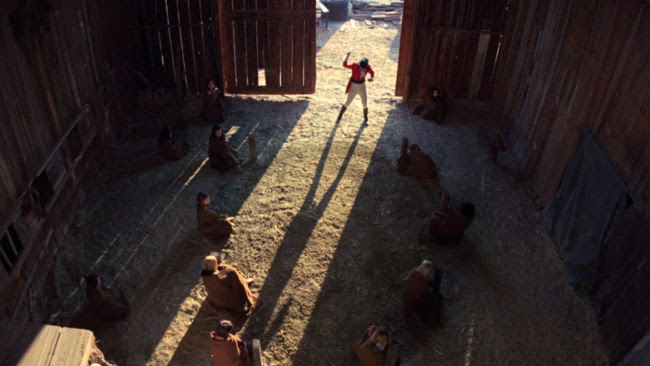 Some movies have better cinematography than they deserve. I can think of no better example than 1974's Nightmare Circus (aka The Barn of the Naked Dead and Terror Circus). A simple, Grindhouse-ish premise of a crazy man kidnapping women and training them like circus animals is developed into a film surprisingly light on shock value and sex and heavier on professional grade composition. Unfortunately, the screenplay makes a lot less sense than the average Grindhouse film and it's a whole lot less creative.

The first shot that really grabbed my attention was of one of the three young female protagonists, Corine (Gyl Roland), emerging from a gas station bathroom. The tracking shot follows her in closup as she steps out of the shadow of the building and then the wind and sun catch her hair. 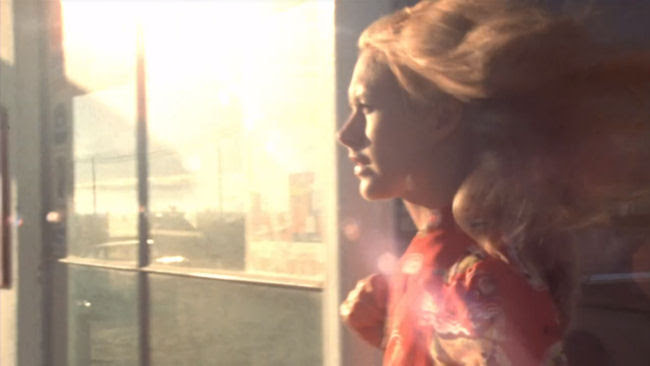 The cinematographer, credited only as "E. Lynn", is really good at controlling daylight to achieve good shots. Nightmare Circus is the second film of Alan Rudolph who went on to direct more mainstream but critically and popularly unsuccessful films like 1991's Mortal Thoughts starring Demi Moore and Bruce Willis. His 1984 film Songwriter starring Kris Kristofferson and Willie Nelson received an Academy award nomination for songs. Before directing feature films, he was a second unit director on The Brady Bunch, among other TV shows. So unlike most Grindhouse directors, he was definitely inside the respectable Hollywood cliques, which is probably why Nightmare Circus feels like some rich film students went slumming one night, maybe saw Women in Cages, and said, "We could do this! Only not so dashedly vulgar!" 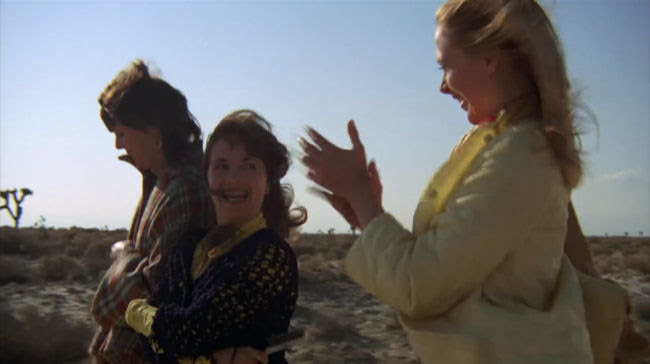 On their way to a new singing career in Las Vegas, Corine, Sheri (Sherry Alberoni), and Simone (Manuela Thiess) find themselves stranded in the desert after their car breaks down. A handsome young man with crazy eyes called Andre (Andrew Pine) shows up and offers to give them a lift. Unfortunately, he takes them straight to his barn near a nuclear testing site and chains them up with half a dozen other kidnapped women. This was the first time I found myself longing for the narrative integrity of Caged Heat or They Call Her One Eye. The three women wander into the barn, discover the chained women. At the same moment, Andre suddenly appears behind them. There's a jump cut and the three women are chained up with the others. How did this happen? Andre certainly looks stronger than any one of them but how did he manage to capture all three without one of them getting away? I would think the three of them would even have the odds on their side if they tried to overpower him. It's one of those movies where the underlying logic seems to be, "He can do it because he's evil!" 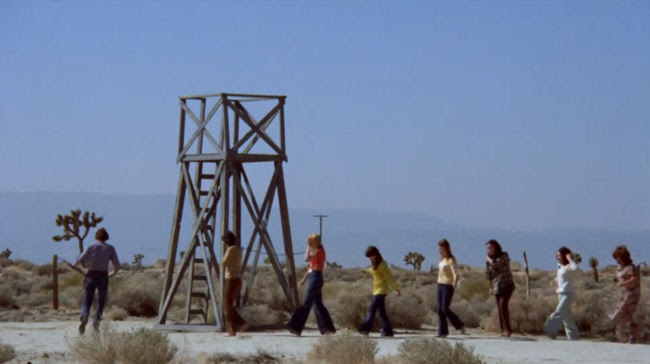 But okay, it's a fantasy. Let's get to the kinky stuff. Unfortunately, this amounts to little more than Andre forcing the women to walk in circles while he's dressed as a ringmaster. At one point he puts a boa constrictor on Corine. 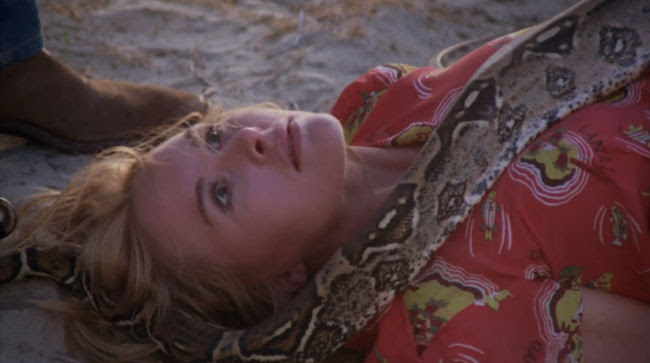 Later in the film, his father shows up, turned into a slobbering monster by nuclear testing. Which feels much more like it was done to be vaguely in the spirit of this kind of movie than because Rudolph had anything to say about nuclear power.

Nightmare Circus is available on Amazon Prime under the title of Terror Circus.

A crawling net could catch a nothing fish.
A slowly flowing stream became a pond.
We swiftly gather pools in ev'ry dish.
We hid our eyes behind the verdant frond.
A wand'ring cup deposits flour tufts.
The beak absorbs a lightly feathered punch.
The sketches start with messy crumpled roughs.
A breakfast fell before the might of lunch.
The perfect notes surround a desert blank.
A silent lock foretells the place's key.
A billion fish could break the toughest tank.
A pot of leaves can make delicious tea.
The juxtapose of posies pits the plants.
The switch of leggy garments robs the pants.

Posted by Setsuled at 10:41 PM
Email ThisBlogThis!Share to TwitterShare to FacebookShare to Pinterest