The Return of Nine 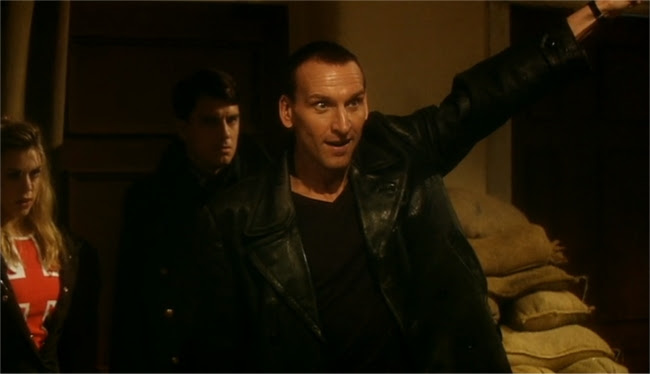 Last week brought the news that Christopher Eccleston will finally be returning to Doctor Who in his role as the Ninth Doctor. He's going to be recording a series of Big Finish audio dramas, reprising the character he portrayed in 2005 for new audio adventures. Just another reason the audios are more interesting than the TV show now. It'll be nice to have him back and maybe hear him with other Doctors. So last night I rewatched a two parter from his one season in the role, fifteen years ago, "The Empty Child"/"The Doctor Dances".

This story contains a couple firsts--it's the first real episode to be written by Steven Moffat (not counting a parody he wrote a few years earlier) and it introduced the recurring supporting character of Jack Harkness (John Barrowman). 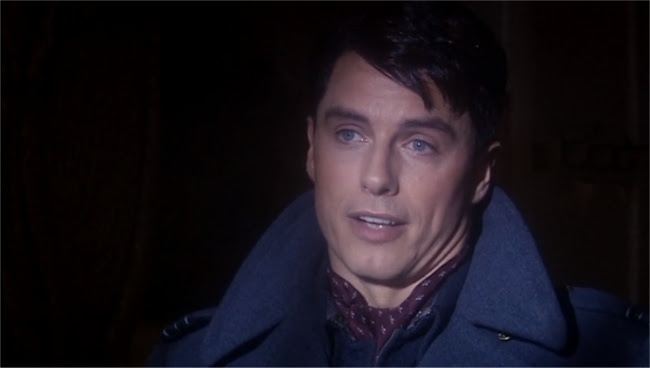 We meet him scoping out Billie Piper's ass while she clings to a rope high above 1941 London during the Blitz. I do miss how much sex used to be on this show. I guess it's no surprise Jack wasn't allowed within ten yards of the Thirteenth Doctor. 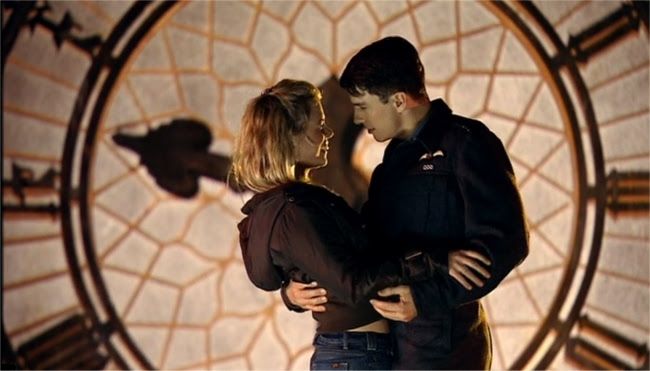 Of course, Rose (Billie Piper) is quite amenable to Jack's attentions despite this funny exchange:

ROSE: You used to be a Time Agent, now you're some kind of free-lancer.

JACK: That's a little harsh. I think of myself as a criminal.

ROSE: laughs I bet you do!

Or perhaps partly because of this exchange. He is a gentleman, after all. 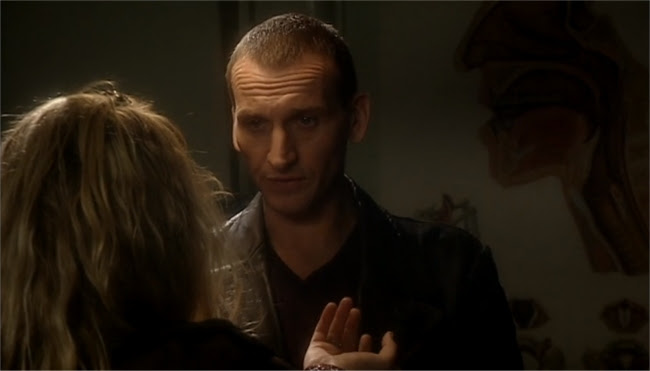 The second half of the episode puts the ball back in the Doctor's court in the understated competition for Rose's affections. I do love how he holds her hands while they talk about her rope burns and dancing. 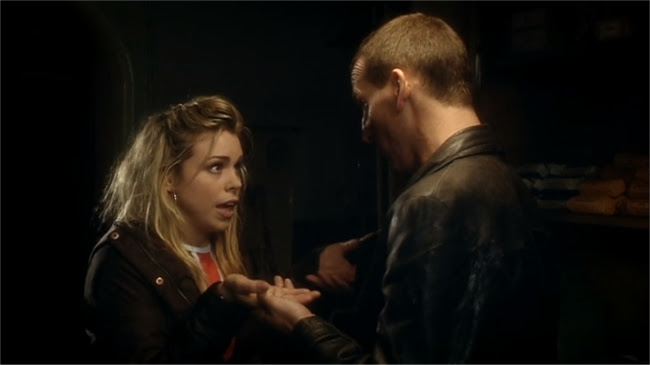 The Doctor is mostly busy trying to sort out the main plot about a strange kid in a gas mask repeatedly asking, "Are you my mummy?" It's effectively creepy. When it all ties back into a crashed alien device, the story starts to feel a lot like Quatermass and the Pit. Both that story and this do a great job of using a Science Fiction metaphor to convey the strangeness and sense of general instability of the Blitz. It's not just about buildings falling down and people dying, it's about people's worlds being suddenly reconfigured both in terms of physical landscape and emotional landscape. Quatermass and the Pit is kind of Britain's Godzilla, where one comes out of the Blitz and the other comes out of the atomic bombs.

It's interesting that the episode ends with the day being saved because Nancy (Florence Hoath) is forced to acknowledge a suppressed truth from before the war. I like the idea that boldly facing uncomfortable truths makes us stronger in the face of other dangers or may even be integral to combating them. 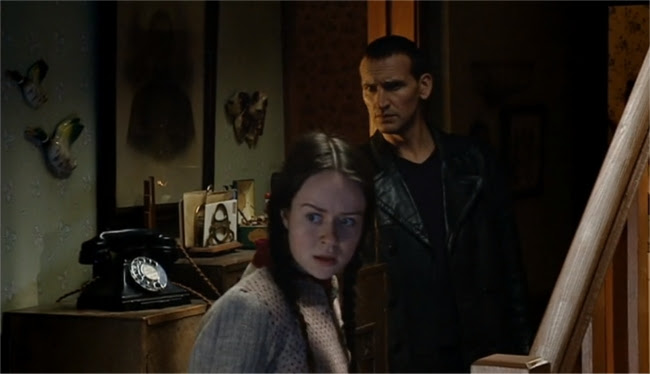 Before playing the Doctor, Eccleston was best known for playing villains. This is what made him such an interesting Doctor, the contrast between his sometimes childlike enthusiasm and naturally threatening voice and mannerisms. I'm glad he's coming back.

Posted by Setsuled at 11:43 PM
Email ThisBlogThis!Share to TwitterShare to FacebookShare to Pinterest