Some Sea Monsters are Bad Suitors 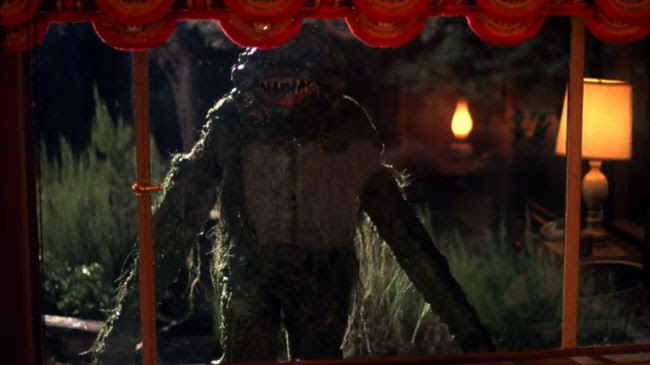 Nowadays, a fish monster is a respectable match--he's good for skinny dipping and dancing and you win an Oscar. But there was a time when Roger Corman presented a different vision. 1980's Humanoids from the Deep (aka Monster) portrays legions of fish men who are only interested in rape and murder, though oddly tongue-in-cheek when it comes to the former. The film has some decent monster design but the story is a complete mess, a cross between different kinds of mediocrity due to competing, lousy cooks in the kitchen.

The credited director is Barbara Peeters and this was her last feature film. Having worked for Roger Corman before, she finally threw in the towel after this because he added in the rape scenes without her permission. This was certainly bad manners on Corman's part but, to be fair, it's easy to see what kind of lame, run of the mill Alien and Jaws rip-off it would have been if Peeters had final cut. 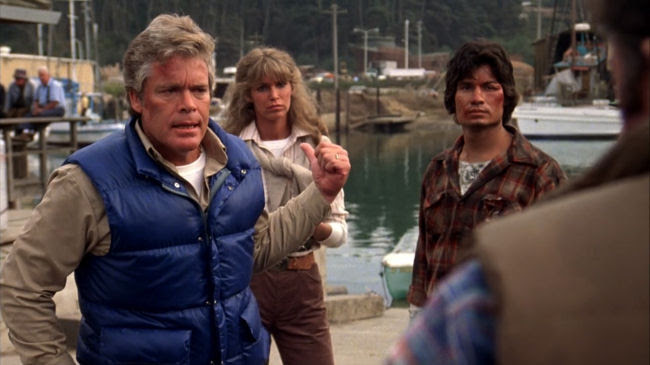 Jim (Doug McClure) is a fisherman in a small, northern Californian town. He finds himself caught between two local factions when an American Indian fisherman called Johnny Eagle (Anthony Pena) protests a new cannery run by Canco. A bunch of racists from the cannery start fights with Johnny and Jim always takes Johnny's side, even though, ultimately, Jim thinks the town needs the cannery. 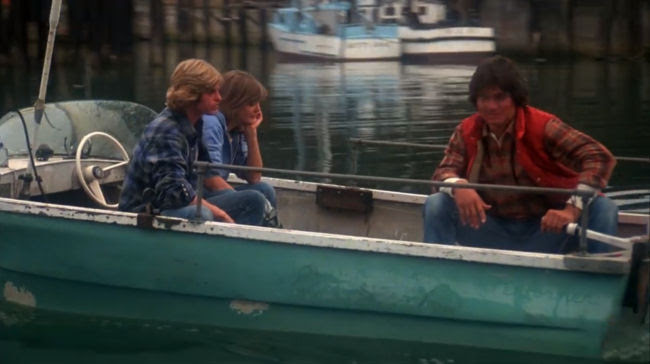 It turns out Johnny's concerns about the cannery polluting the bay are more right than he knows after Dr. Susan Drake (Ann Turkel) tells them the company accidentally lost some mutant salmon. Some coelacanths fed on the new fish and before long there's, of course, man sized murder fish. 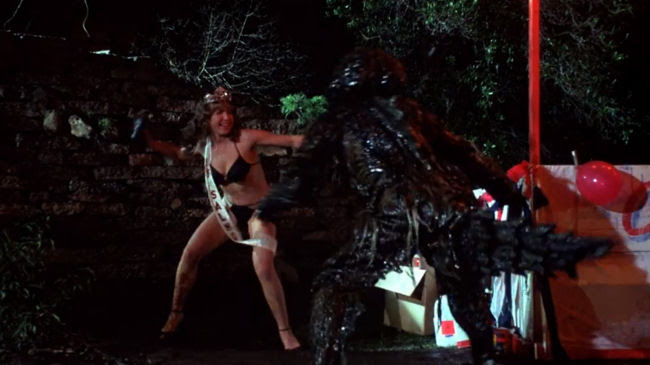 The subplot about working class racism may be a sort of nod to the monster's Lovecraft ancestry. I suppose it's better than portraying the racists as tentacle monsters themselves but a morality tale about racism is always going to be disappointingly small compared the scope of an actual Lovecraft story.

Murders increase and the monsters are discovered until there's chaos at a summer festival. Jim, as the film's hero, is always kind of useless. His solution at the end doesn't seem like it would finish off the creatures and the movie's vague about whether anyone thinks it will. The climax feels a lot like one third of the way through Jaws--they know there's a problem and they're talking about solving it. Then the movie just ends with a scene nicked straight from Alien (as Dan O'Bannon himself apparently complained). 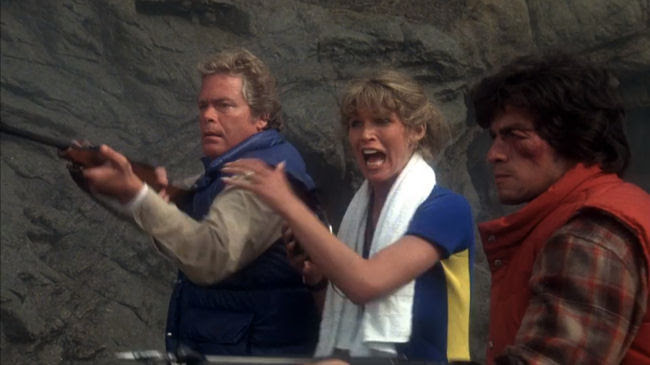 Dr. Drake is a little more assertive as a hero though her thought process is inscrutable at times, as when she pleads with Jim and Johnny not to shoot at the beasts trying to maul them. I like the creature design which looks like Creature from the Black Lagoon with an exposed brain. 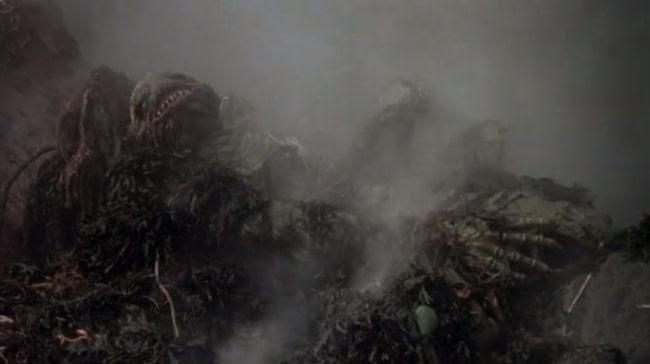 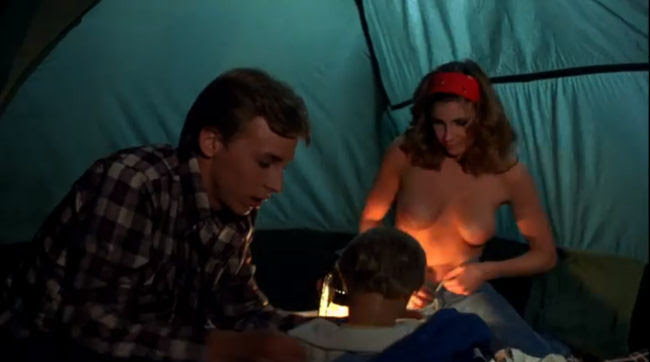 When the monster attacks, the puppets eyes continue to move for no reason at all. I guess the logic is that, in a horror movie, no matter what kind, all puppets are haunted. I'll accept that.

Humanoids from the Deep is available on Amazon Prime.

Posted by Setsuled at 10:52 PM
Email ThisBlogThis!Share to TwitterShare to FacebookShare to Pinterest