It's a Monk's Life 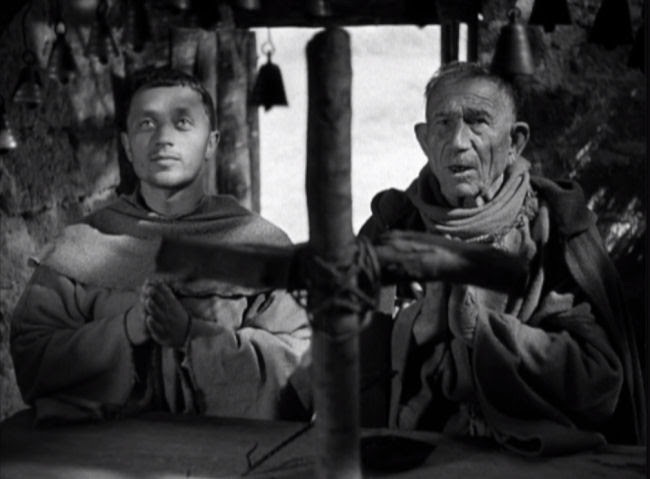 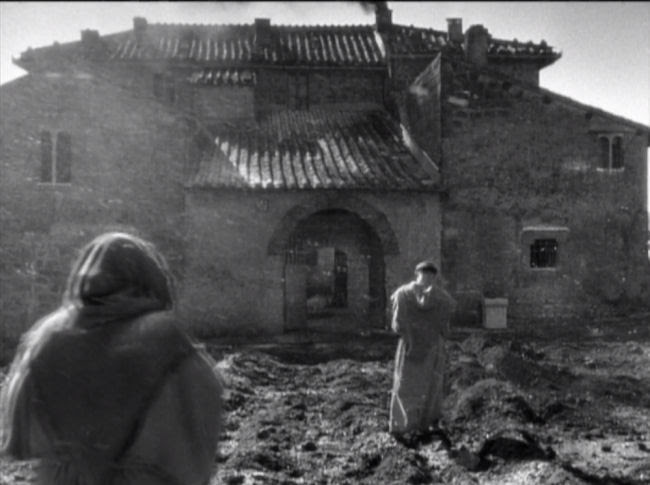 The film is based on a 14th century book about St. Francis and Rossellini draws from it to tell a series of unconnected vignettes about the monks. Each one amusingly highlights their innocence or sweetly shows their goodness. In one, Francis (Brother Nazario Geradi) meets a leper, in another, St. Claire (Arabella Lemaltre) visits. 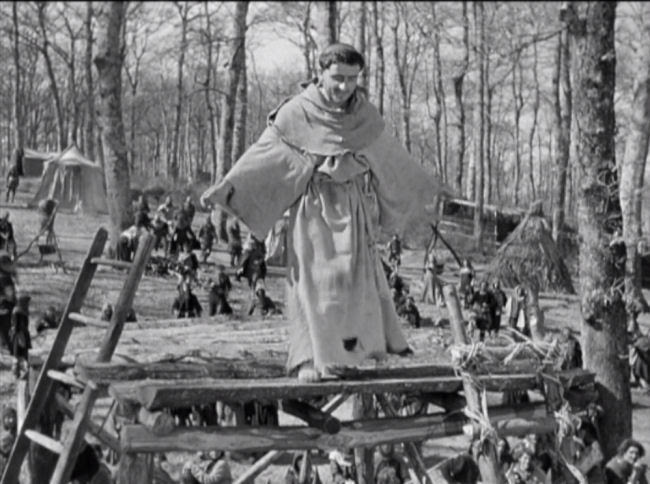 Most of the stories seem to concern a monk called Ginepro (Brother Severino Pisacane) whose devotion seems to lead him on the wrong track, as in one episode where his passion for helping the poor prompts him to give away the clothes on his back.

An interview with Rossellini's daughter, Isabella, is included on The Criterion Channel and she talks about how her favourite scene is one where Ginepro goes forth to preach to a group of barbarians. Of course the men immediately start tossing him about but he only smiles. 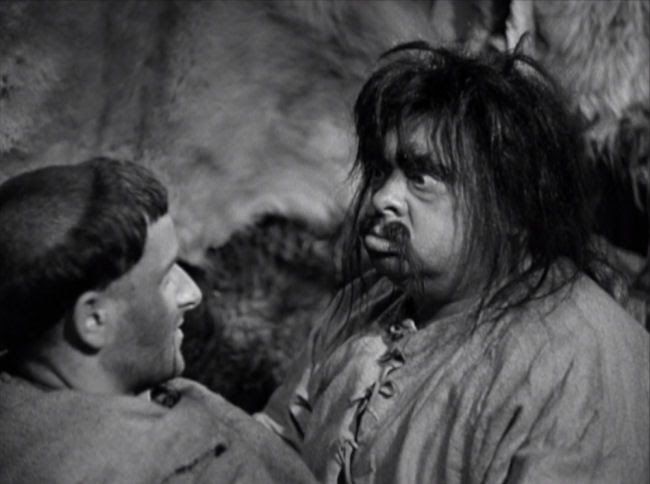 The sequence features one of the film's few professional actors, Aldo Fabrizi, as the tyrannical leader of the barbarians who judges whether Ginepro is an assassin. Isabella Rossellini remarks on how you can appreciate her father's preference for non-professional actors because you can immediately see Fabrizi's "intentions" in what he does. Maybe so, but, while I think the monks may have provided valuable insight, I think this is a case that demonstrates the limits of the Neorealist tendency to avoid professionals. 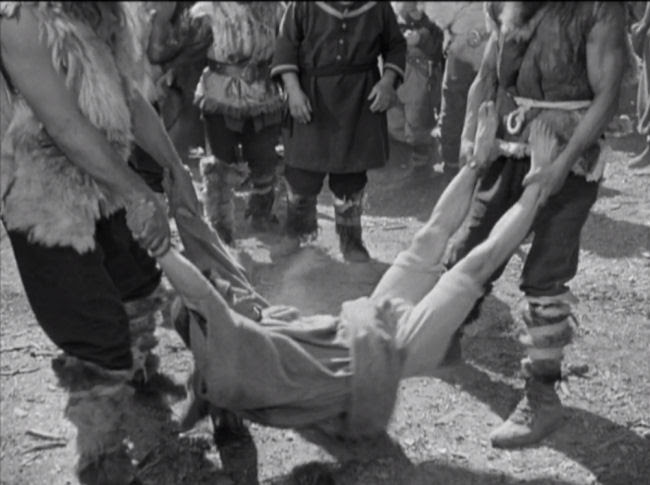 I don't care how innocent and faithful these guys are. A real monk would've at least flinched when he was picked up and tossed about. Of course Pisacane knew this was all only a film and he was perfectly safe.

And Fabrizi is terrific as big blustering warlord.

The Flowers of St. Francis is available on The Criterion Channel.

Posted by Setsuled at 8:19 PM
Email ThisBlogThis!Share to TwitterShare to FacebookShare to Pinterest