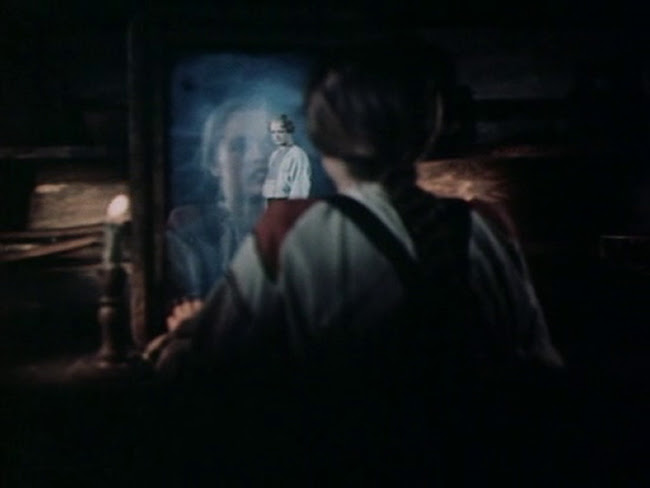 Most nights, I like to watch a movie I've never seen before but every now and then I like to revisit a favourite. Now that I've moved to Japan, I'm even more dependent on streaming services for content and there are certain films I repeatedly look for on Amazon Prime, Netflix, Criterion, and Disney+ only to come up with nothing. So to-day I've compiled a top five least of such films. Many of these films are available on DVD, some with only five or six copies left on Amazon. And almost all of them are on YouTube in lousy quality. But I want some nice HD or at least solid SD versions.

It could be any one of these films is available somewhere I don't know about. If so, please, please let met know in the comments. By the way, I mirror this blog in three other places and I'm not used to receiving comments on this one--so I don't tend to look for them. A friend of mine pointed out a comment I missed over a month ago and I felt really bad. If you want to comment here, please feel free, I'm going to try to keep a better eye out in the future.

This uncommonly lavish Hammer film isn't the first adaptation of H. Rider Haggard's novel by a long shot. It's not a perfect film but it's a fun adventure in typical Hammer style. Ursula Andress has great screen presence and Christopher Lee in a small role is wonderful. But what keeps me wanting to come back are Peter Cushing and Bernard Cribbins, both in essentially sidekick roles to the handsome but dull John Richardson. Playing old war buddies trying to have a good time in Palestine now that they've been discharged, it's great fun watching Cushing in a role that isn't a superhero, supervillain, or stuffy professor. He's just a regular red-blooded Englishman and he and Cribbins seem like they'd be terrific to have along in a tough spot or a desert strip club.

Not a very faithful adaptation of the 1898 novel, one still can't deny the creative brilliance on display. The great director Fritz Lang shoots on some of the most beautiful, stylised soundstages ever constructed for film. On top of that, the movie features a robust score from Miklos Rozsa, one of my favourites from that composer.

Steven Spielberg used to carry a print of this film around in the trunk of his car back in the late 70s, as he showed Samuel Fuller when Fuller filmed a cameo in Spielberg's 1941. It's not hard to see how the film influenced Spielberg, centring on a hard bitten American adventurer played by Richard Widmark. As usual for Fuller, it's a splashy and unreservedly inventive story, in this case about a secret American and Japanese collaborative submarine mission against the Soviets. 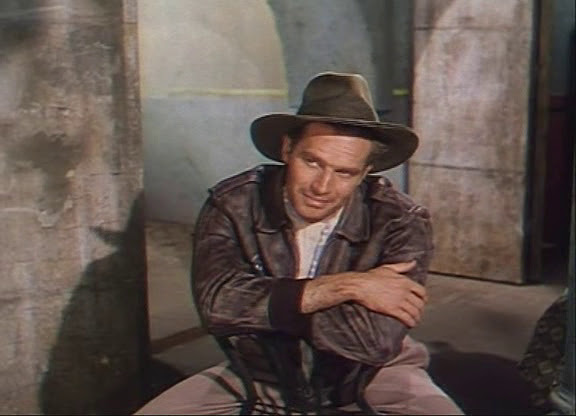 Speaking of films that influenced early Spielberg films, Secret of the Incas is often cited as essentially the original version of Raiders of the Lost Ark. I wouldn't say that, exactly--a number of other films influenced the first Indiana Jones film including the 1950 King Solomon's Mines, several Cecil B. Demille movies, and the 1950s religious epic films in general, particularly for elements relating to the Ark of the Covenant, like 1951's David and Bathsheba. But Charleton Heston as Harry Steele is a dead ringer for Dr. Jones both in attire and attitude. 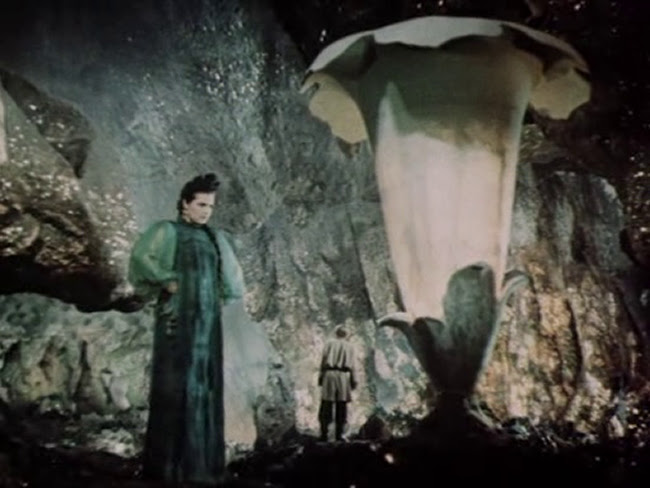 Or really any movie from the great fantasy filmmaker Aleksandr Ptushko. This guy made some of the most visually wonderful films of all time with innovative effects and techniques. A massive influence on many other great filmmakers, for far too long Ptushko's films have only been available in butchered forms with bad dubs. His great epic Sadko was re-editted and dubbed by Roger Corman and a very young Francis Ford Coppola as a Sinbad movie featured on Mystery Science Theatre 3000. As much as I love that episode, the real Sadko doesn't deserve to be ranked with Manos the Hands of Fate. The Stone Flower, one of his earlier films, is a beautiful colour fairy tale.

An errant leaf recalls the onion tossed.
A yellow orange reminds the curry well.
The faster fly in flight was quickly lost.
Reflections told the phone about the bell.
An icing thought returns to buy the cake.
For lemon chance the bottled rind was peeled.
Some ginger troops decide the stay and bake.
The set of candles now were strangely healed.
Between the leaves a game of go was played.
Reflected clouds observed exchange of stones.
Disturbed in thought, the watching turtle stayed.
It seems the game employed the use of bones.
Neglected frames were clearer after now.
A giant dolphin pushed against the bow.

Posted by Setsuled at 11:52 PM
Email ThisBlogThis!Share to TwitterShare to FacebookShare to Pinterest