Standing In for the Irreplaceable 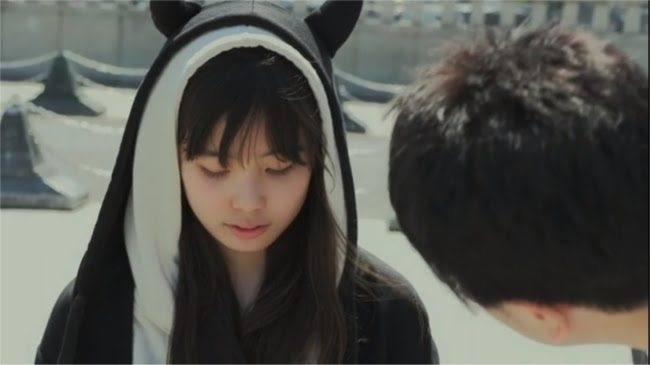 You can't buy friends and family, really, but maybe it is useful to pay people to occupy those empty spaces. In fact, it's a lucrative business in Japan and it's the subject of Werner Herzog's 2019 film Family Romance, LLC. Not a documentary, the film consists of scenarios devised by Herzog but stars non-professional actors improvising their dialogue. The film's protagonist is the real life founder of Family Romance, LLC, Yuichi Ishii, playing himself. This experiment in filmmaking is peculiarly suited to the subject, being about an industry where people are paid essentially to improvise roles. This fascinating film examines the performative aspects of Japanese culture and human nature in general.

In Japan, there's a very conscious separation between the "private" and the "public" face--called honne and tatemae. You can see this phenomenon at work in many Japanese films like in the bar hostesses of When a Woman Ascends the Stairs or in the bureaucrats in Ikiru. But living and working in Japan has given me a better perspective on just how prevalent it is. It helps people recognise their roles and the parameters of their responsibilities in all kinds of workplaces. It's a concept that's been criticised and scrutinised--there's even a disturbing smile mask syndrome where the imposition of a forced smile on an employee's face leads to depression from sustained psychological discord. I've seen that frozen smile, too, in movies and in person. But, to be devil's advocate for a moment, I would say there's a counter-intuitive freedom in system where everyone is aware of this performative aspect of the culture. There's a difference between people being fake to seem real and people being fake because everyone is expected to be fake at work. It's a tacit acknowledgement by everyone involved that the woman serving you coffee wouldn't be doing this if it wasn't her job. Since the work persona is so clearly dileanated, it makes it perfectly natural when people let loose in a drunken night of karaoke. 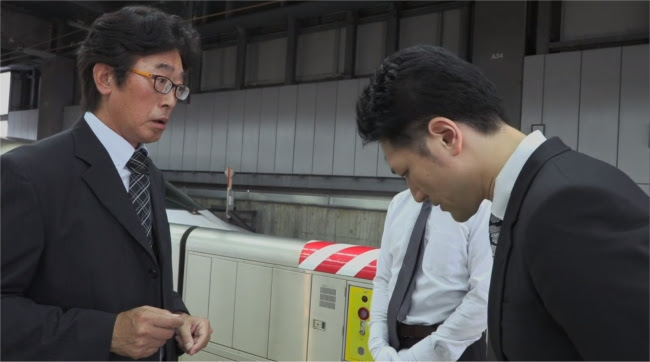 The typical scenarios shown in Herzog's film range from a train conductor for whom Yuichi accepts intense verbal beration from his boss for allowing a train to leave station 20 seconds early to a woman who wants to recreate the feeling of winning a lottery. 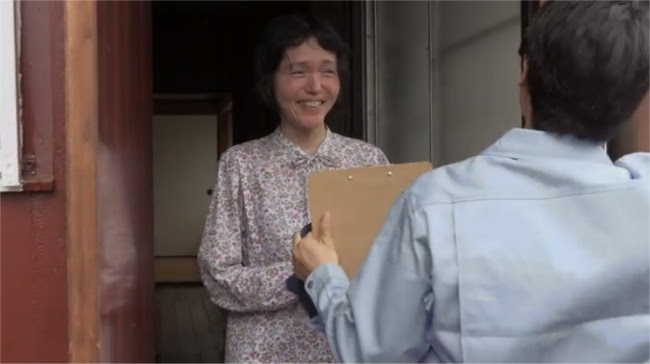 These are people who are aware of the artificial experience they're engaging in but the main plot of the film involves Yuichi posing as the father of a 12 year old girl, Mahiro (Mahiro Tanimoto), who's led to believe he truly is her father. 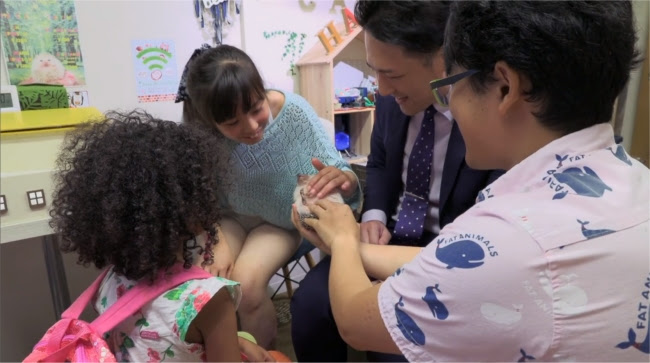 Employed by the girl's mother, he spends time with Mahiro on outings in the park or at restaurants, pretending to be the father who divorced and left her mother when she was a small child. Gradually, Yuichi becomes concerned about signs of real affection from the girl and her mother. 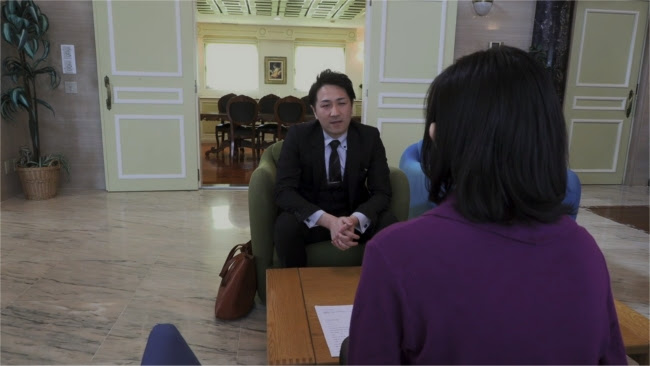 Herzog serves as his own cinematographer in the film and says in an interview included with the film that he tried very hard to be "invisible". It generally seems that in most scenes the film crew consisted of just Herzog himself with a camera, being as close and as unobtrusive as possible to catch moments when he deemed real emotions suddenly manifested. Even in scenes where the client is aware of the business nature of the relationship, the act of performing the role seems to actually create something of genuine feelings of the relationships among the participants. 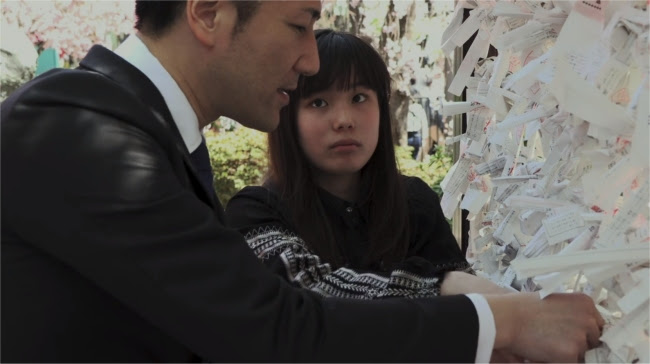 There is a moment where Yuichi and Mahiro are doing something, both focused on something off screen, and she turns and looks at him without him seeing. There's this look in her eyes of genuine desire or need for something from him and Herzog immediately focuses on her expression. It really does seem real but, after all, Mahiro is an actress performing for us.

The score by Ernst Reijseger is ambient and filled with the kind of static, vibrant, non-committal energy present in another of Herzog's favourite musical selections, the Vorspiel from Das Rheingold (not used in this film). Herzog doesn't pass judgement but there is a definite sadness evoked from a disconnect in the proceedings. Is it because the rented family and friends are the wrong way to address emotional void or because they don't go far enough? The film refrains from presuming this kind of judgement.

Family Romance, LLC is available on Mubi. I got the free trial just to watch this movie, I'm not sure if I'll keep the service. Mubi seems to have a good selection of indie and art films, old and new, and I was able to subscribe to it through Amazon Prime, allowing me to use Amazon's very stable streaming service instead of something like the frustratingly unreliable Criterion Channel servers. But I'm not sure I want yet another subscription service right now.

Posted by Setsuled at 8:06 PM
Email ThisBlogThis!Share to TwitterShare to FacebookShare to Pinterest