My horoscope at Yahoo.com to-day says, "Your dreams are important, right now -- they provide you with some valuable insight."

So, let's see. Last night I dreamt I was at a parent teacher assembly of some kind at a high school in which I was taking high school classes, though it wasn't the high school I actually went to in waking life. For some reason, hundreds of teachers and parents were crammed into a room that was about half the size of a classroom. No one could move, we were all pressed against each other. My arms were stretched out beyond my range of vision, and I felt keenly aware of how vulnerable they were. For some reason, I decided to start singing, and it was at that point I spotted Uma Thurman, who was smiling at me with approval.

Then I dreamt I was in a mall that wasn't very crowded. I was near a fountain with squarish, polished black fibreglass sides. A woman on the P.A., in an exasperated tone, said, "Would someone please move the arm by the fountain?"

Sure enough, there was a severed arm on the fountain edge. It had a long blue sleeve and a white glove. I took it and got rid of it somehow. The woman didn't say anything, but I hoped she was pleased.

Well, that certainly cleared up a lot of things, didn't it?

More shopping last night in Second Life. Dragoness and I visited a store called The Abyss, which, despite having some astonishingly boring and overpriced merchandise (t-shirts? Sports bras? Anyone?), was actually an amazing environment; 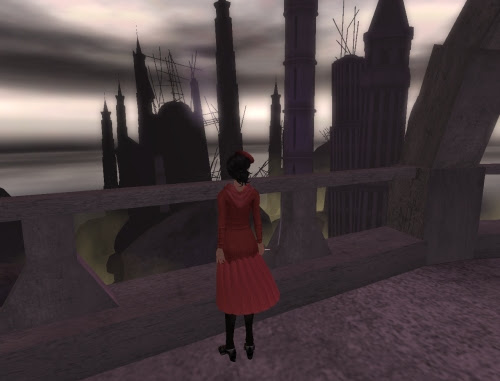 Toubanua mourns the loss of her favourite place for two martini lunches. Who would have guessed an apocalypse could be so cruel? 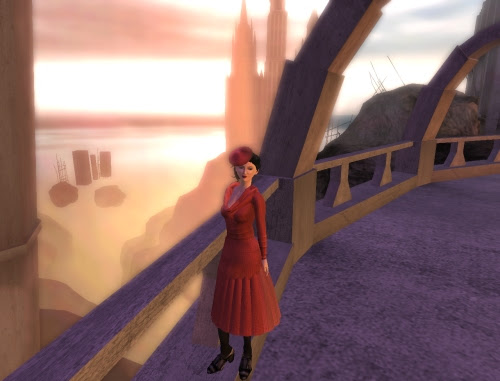 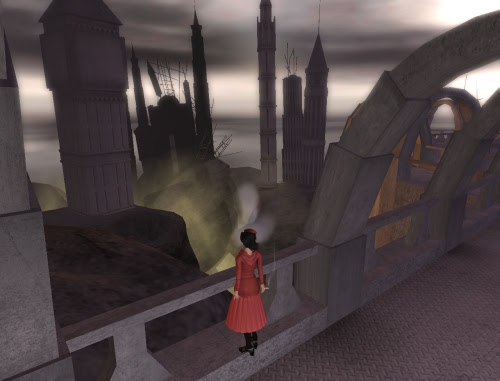 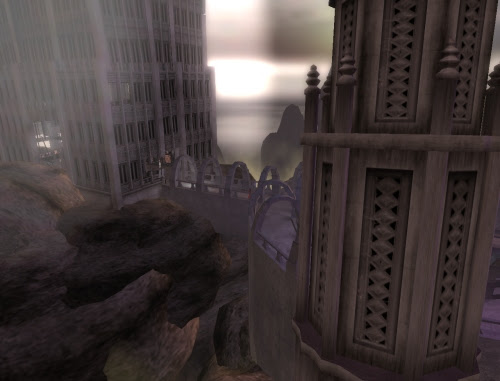 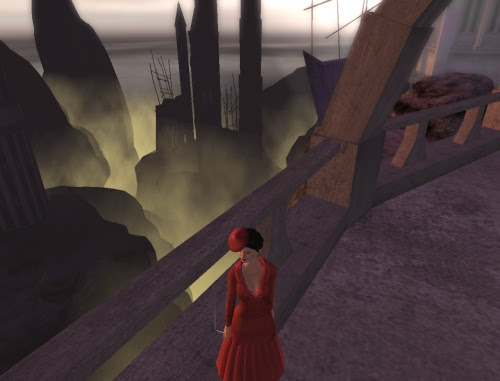 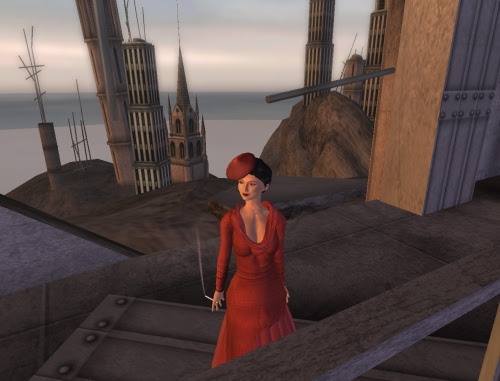 Should I go on vacation, Mr. Hitchcock? Should I seek a dangerous woman?