Last night, Tim recommended to me a new anime series called Maria Holic. I watched the first episode this morning; 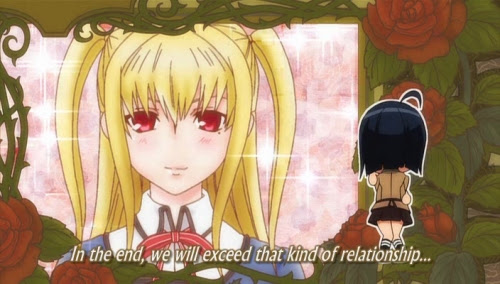 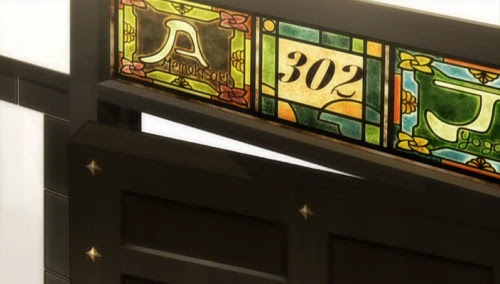 It's another beautiful series by Akiyuki Shinbo, the guy who directed Sayonara Zetsubo Sensei. This one's not as well written, but I could barely pay attention to what was going on because I was so caught up in how pretty it is. It looks like Alfons Mucha the animated series.

Apparently it's about a lesbian at a girls' school discovering one of her classmates is a transvestite.

I'm very short on time now--I'm staying at my parents' house to-night and I still need to get some of my things together. More later, maybe.

Posted by Setsuled at 2:30 PM
Email ThisBlogThis!Share to TwitterShare to FacebookShare to Pinterest