It's been rainy and windy to-day. I went outside and took pictures; 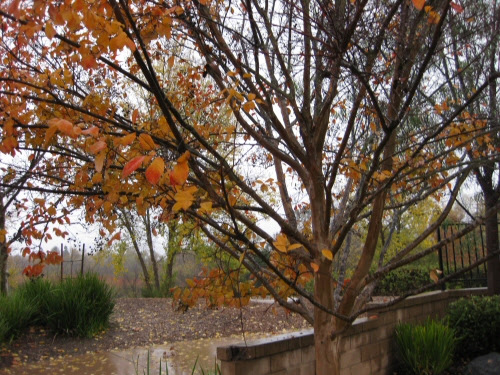 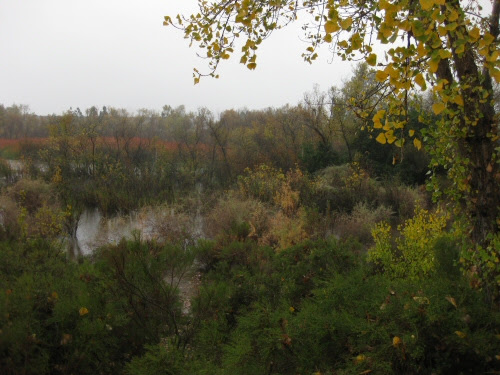 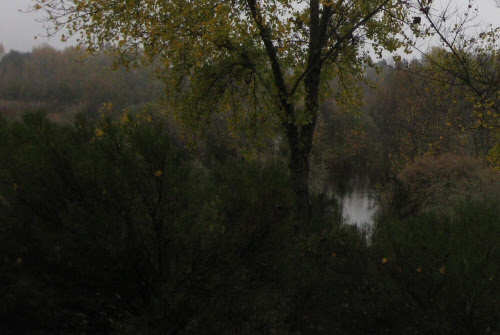 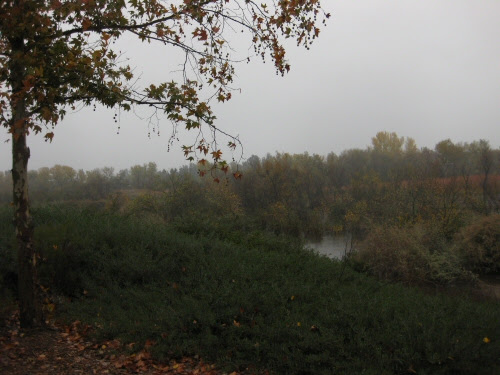 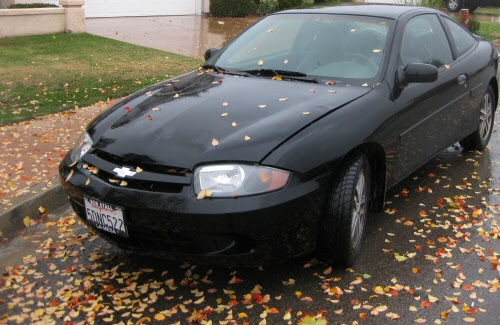 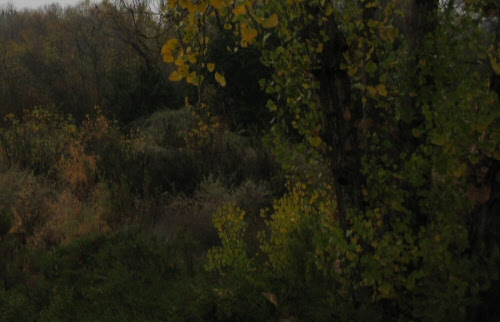 Here're a couple pictures of the same area from earlier in the year; 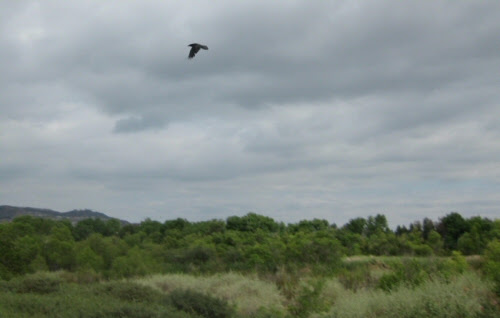 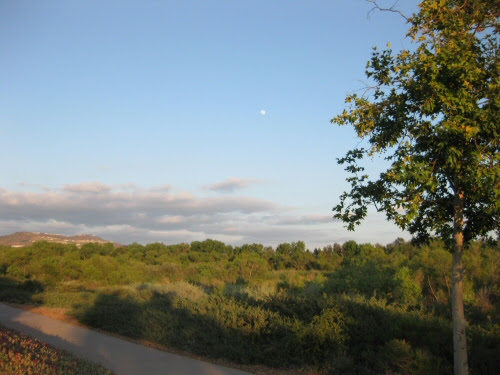 So I guess the trees do change colour around here. For some reason I never noticed before.

Reading some comments on a Howard Stern Show fan blog to-day about Artie Lange's latest absence from work, I got to thinking again about how anonymity makes people assholes. It seems like, for the most part, how much of an asshole someone is online is directly proportional to how honest they are about who they are. Or at least, the honest people are more considered assholes.

As I think about it, it seems fitting somehow--souls bereft of identity can only communicate with hate. It's like they're cursed, and if they look back at the identity they've created through self-expression, they'll see just an insubstantial, long, hazy shape.

I guess this is a bit Evangelion--"This is the Asuka that exists in your mind, this is the Asuka that exists in Kaji's mind"--the alternate "people" created by works or interaction. I can say I love Dostoevsky, but I don't really know all the mistakes, achievements, and ideas he had when he was alive. There's a real, important Fyodor Dostoevsky who's immortal, but there's also a Fyodor Dostoevsky who's dead.

I'd forgotten to watch the new episodes of Dollhouse on Friday--apparently in an effort to purge the last remnants of a cancelled show from its gut, Fox is airing two episodes at a time. I watched one of the two with breakfast to-day--the episode which introduces Summer Glau's character, Bennet, who seems to be a wonderfully weird, introverted control freak. The way she ordered someone to "make sure, make sure, make sure" repeatedly was eerily like a child who doesn't understand or care about considering others. Otherwise, the episode wasn't bad, but not as great as some of the previous episodes. Ballard's motivation got a bit murky, and I'm not sure I think Adele would want to help November once she found out the senate hearing was part of a Dollhouse plot. I did like Echo's line, "I think my bad guys aren't as bad as those bad guys."

The nausea's gone to-day, and the pain's settled into my lower abdomen. It's weird how it migrates instead of spreading. I have a doctor's appointment on Wednesday, so maybe I'll get some answers then.

Light eggs besieged the styrofoam castle.
Yellow yolk men break on the Golden Horn.
A female spy hid more in her bustle.
From this, an odd new victory was born.
Posted by Setsuled at 5:04 PM
Email ThisBlogThis!Share to TwitterShare to FacebookShare to Pinterest