Delilah and Some Psycho 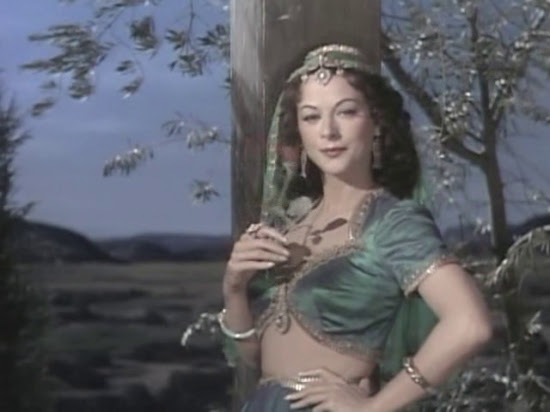 So gorgeous, possessed of such an exceedingly alluring air of graceful perversity was Hedy Lamarr in 1949's Samson and Delilah that she easily dominates Cecil B. DeMille's biblical adaptation featuring mass murder, destruction, and real lion wrestling. DeMille greatly expanded the role of Delilah in this tale of Samson and it's not hard to see why. An unashamedly racist and misogynist religious film becomes a gleeful fetishist fantasy thanks to Lamarr with a little support from an admiring George Sanders. 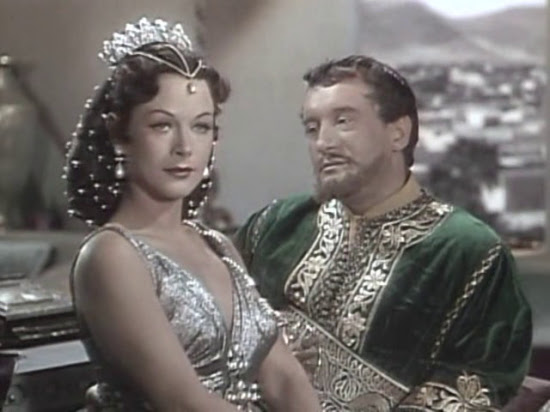 Sanders plays the king of the Philistines, who tax and occasionally beat the Israelites for which God will send Samson in as his agent of holy mass murder. Sanders is so seductive in his smugness, though, that one prefers to feel smug along with him, which DeMille handles by making him seem oddly sympathetic to Samson and seeming to bear a fundamental recognition of the validity of Samson's God and the inevitability of his destruction at Samson's hand, which has the effect of making the whole affair seem like some dark amusement. 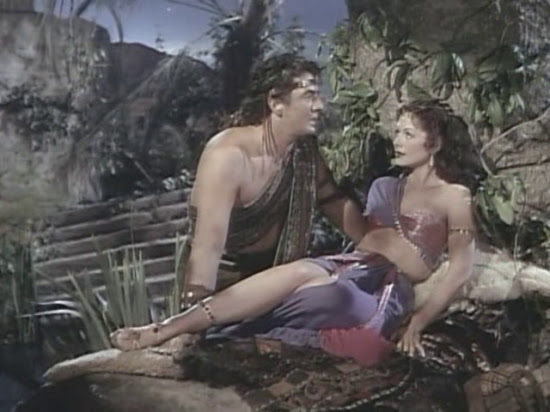 Lamarr confidently occupies centre stage of this amusement, casting her spell on lunkhead Victor Mature as Samson who, like a good zealot, never seems to be in on the joke. One might cast aspersions on his intelligence just from the fact that he initially chooses Angela Lansbury over Lamarr, but to be fair, Angela Lansbury was disconcertingly hot at this point. 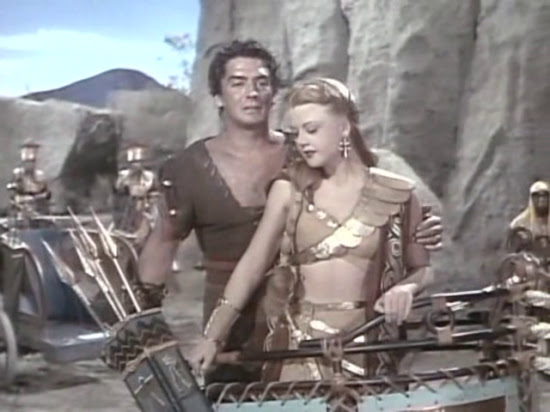 DeMille's motives are reflective of scary conservative beliefs, wherever Lamarr and Sandars might have taken the final film. But it's kind of nice that, unlike to-day's milksop* libertarians and conservatives, DeMille was at least willing to put his money where his mouth was. There aren't many filmmakers to-day who would have an actor wrestle a live "tame" lion. 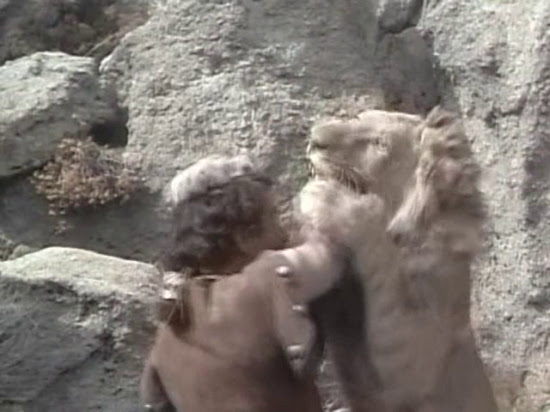 I often think of how DeMille, early in his career at the beginning of the twentieth century, was compelled to carry a pistol when shooting outdoors in California to ward off locals who didn't hold with the movie folk and would shoot at film productions from the hills.

Anyway, it's still not as impressive as Hedy Lamarr. I've rarely felt such a strong compulsion to reach through the screen and grab someone. 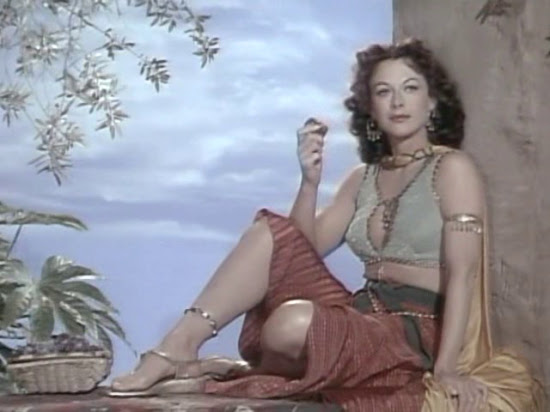 *As someone who's lactose intolerant, using the term "milksop" to disparage others oddly makes me feel especially superior.