Don't Make Him Chop Your Head Off 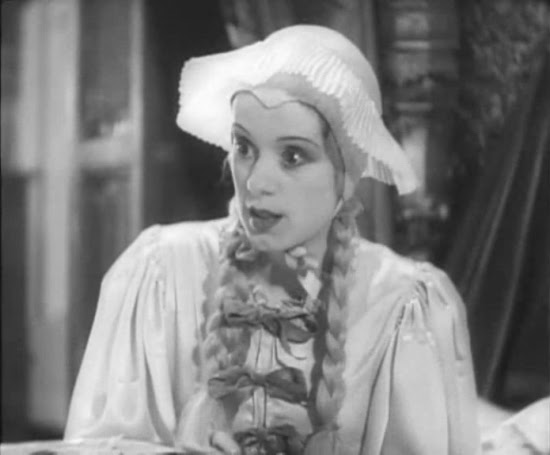 "Why don't you consent to divorce me like a gentleman?" What a thing for a German noblewoman to say to Henry VIII. But, according to 1933's The Private Life of Henry VIII, Anne of Cleves did. She had converted to Anglicanism for Henry, something not mentioned in the movie, but of course, they actually annulled their brief marriage rather than divorcing. Played by the beautiful Elsa Lanchester, real life wife of Charles Laughton, who played Henry, Anne of Cleves is the only woman portrayed in a truly positive light in this extraordinarily misogynist take on the life of an infamously misogynist king.

The film assembles a number of wonderful British actors--in addition to Laughton and Lanchester, the film features Robert Donat as Thomas Culpeper and Merle Oberon appears briefly at the beginning of the film as Anne Boleyn, not really long enough for us to observe anything about her other than that Oberon was an exceptionally beautiful woman. 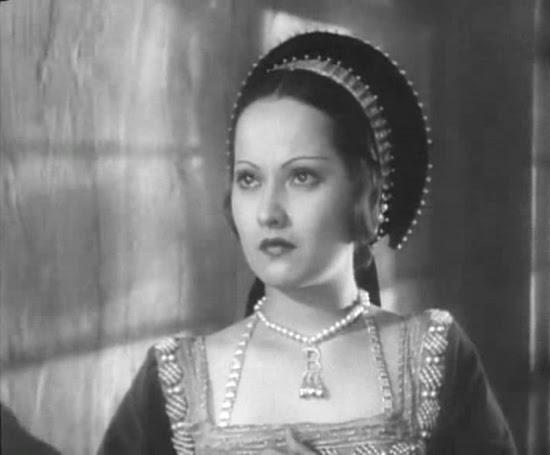 Little detail is given of Boleyn and Henry's relationship. Henry is shown callously cavorting with Jane Seymour, portrayed as a consummate bimbo, while Boleyn is prepared for the block, but commoners lining up for the spectacle and the French headsman discussing the delicacy required in beheading a lady are presented at the same time as though to say this was all normal and no-one thought much of it. Boleyn herself is shown to be mostly consumed with her vanity, wondering if her hair will stay in place and remarking on what a pretty little neck she has.

Henry is subsequently shown to be a man who is deeply saddened by the death of Jane Seymour in childbirth and then shown shyly and sweetly courting Catherine Howard and awkwardly handling his marriage to Cleves for political pressures.

It's perhaps in the love triangle of Thomas Culpeper, Catherine Howard, and Henry that the movie most gratuitously turns this into a story about how men are the innocent victims of selfish women. Although some argued that Culpeper and Howard may have been involved before her marriage to Henry, the movie's portrayal of her as a woman who cynically exploits the guileless affections of Henry while simultaneously breaking the heart of the true and decent Culpeper goes to a rather surprising extreme. We see her passions pivoting back towards Culpeper after her marriage to the king, and Culpeper is shown as a noble soul tormented by his loyalty to Henry conflicting with his love for Catherine. It lays it on so thick that we see Henry crying as the lovers are executed, with the movie's message clearly being, "Look what trouble that woman caused."

It's a shame, because Laughton gives a great performance and he really is the spitting image of Henry VIII. 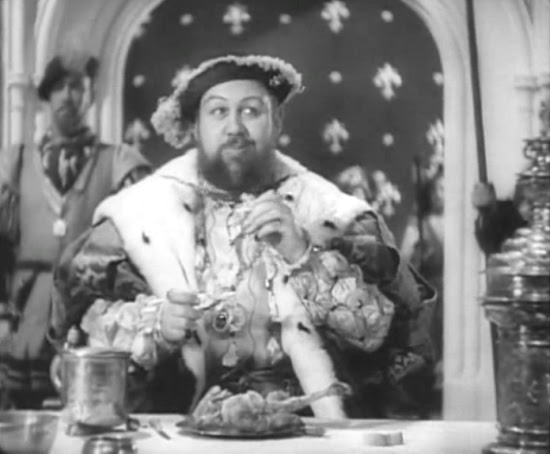 I would really like to see more movies with Elsa Lanchester, I have wanted to since seeing Bride of Frankenstein, but most of them seem to be really hard to find, both on Amazon and on torrent searches. I'd really like to see 1944's Passport to Destiny where she plays a cleaning woman who decides she's going to assassinate Adolf Hitler. How the hell is that unavailable? Who wouldn't want to see that? 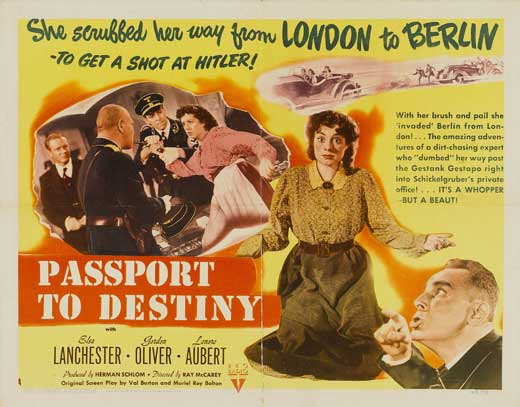