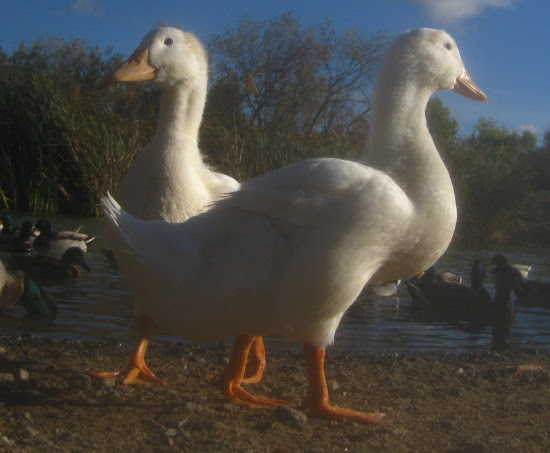 I saw this pair of white ducks had joined the community at the river to-day. I was pretty delighted at first but as I watched them snatching bread out of my hand without the slightest hint of trepidation I started getting a bad feeling. 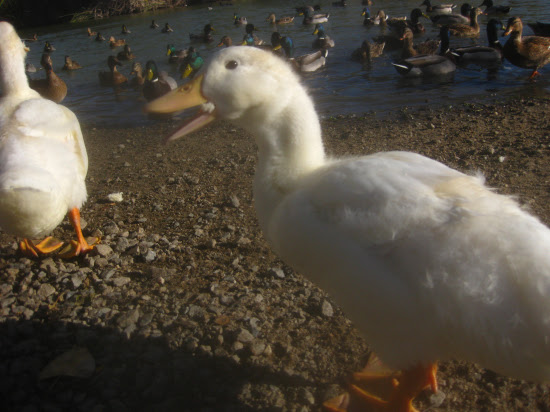 I'm no expert on the subject but I'm pretty sure their wings are clipped. They're very clean and much larger than the other ducks. I started to think these were abandoned pets. I tested the theory by reaching out to pet them and found they were completely comfortable with my touch. They did flee from me to the water once I no longer had bread and I made sudden movements. 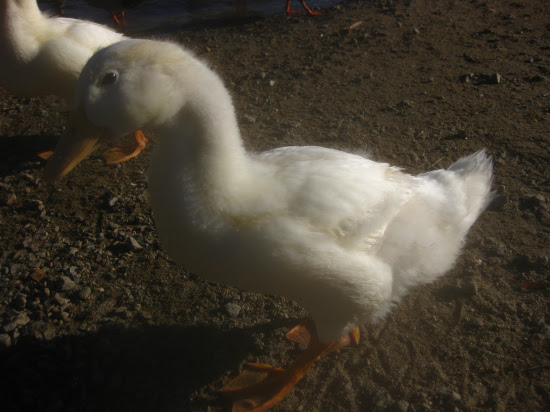 That was about an hour ago. I'm worried about them, but I'm not sure what to do. I called animal control but they're only open Tuesday through Saturday. I considered trying to bring them home but I didn't see how I could get both of them. Once I got one, the other wouldn't likely trust me after the inevitable ruckus. I considered they might be better off with the community of other ducks, too. Really, the one and only reason I'm worried about them out there is the possibility of some psycho teenagers getting ahold of them. But I wonder how likely that really is, at least in the span of a couple days. I'll try animal control again on Tuesday, if they're still around.

There is also the possibility I'm wrong and they're just friendly. Plenty of wild ducks have taken bread out of my hand. But those wings sure don't look right to me. 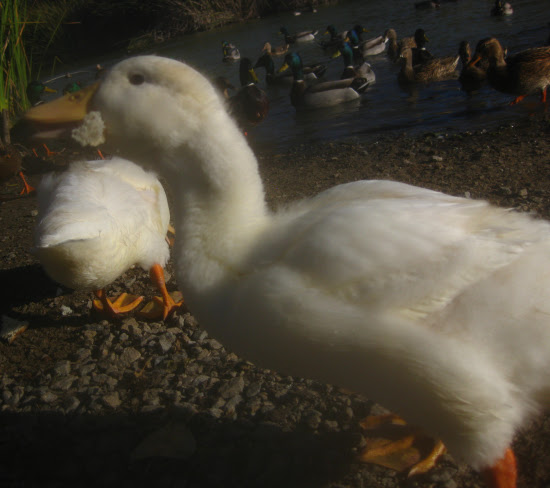