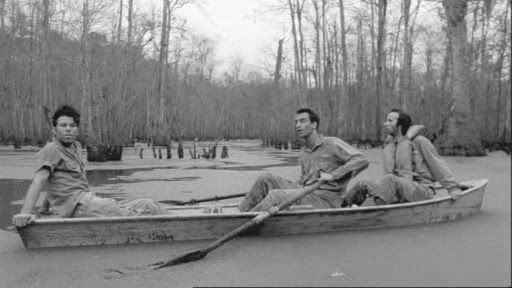 A soft spoken disk jockey, a mild mannered pimp, and a gregarious little Italian man are all wrongly incarcerated under different circumstances and together manage to escape from a New Orleans prison. Everything about this setup is unlikely, but Jim Jarmusch's 1986 film Down by Law, for all the realism of its minimalist, black and white footage shot at locations with a credible grit, isn't really meant to be a realistic story. It's a sort of fairy tale, a delightful rumination on the relationship of three well drawn characters and their journey. 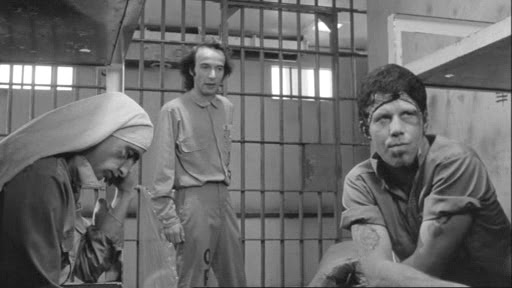 Tom Waits, John Lurie, and Roberto Benigni play the DJ, the pimp, and the Italian, respectively. The first fourth of the film shows separately the lives of Waits' and Lurie's characters with only a brief appearance from Benigni's character. This segment feels like the beginning of The Asphalt Jungle or The Killing, an ensemble film noir where we get a look into the lives of the various protagonists down on their luck. The prison segment, particularly the escape, recalls vaguely the likes of I was a Fugitive from a Chain Gang, but there's absolutely no attention paid to how they escape exactly nor is there a particularly suspenseful build-up. The movie allows itself to linger behind bars with the men, the two Americans of whom being reticent to speak at all to each other, and we see how a relationship gradually forms between them through physical fights and verbal pissing matches. 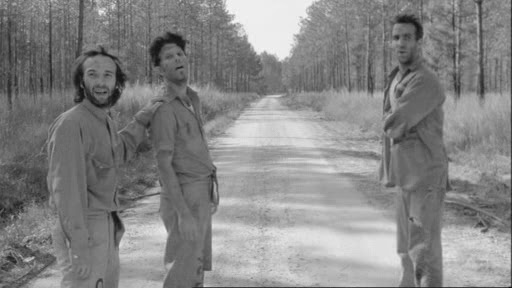 Benigni's character is eager to make friends, though, and his energy supplies enough motivation for all three of them even through a slight language barrier. Taken out of the insufferably sentimental context of his own films, Benigni's warmth is truly delightful contrasted with the other two men. 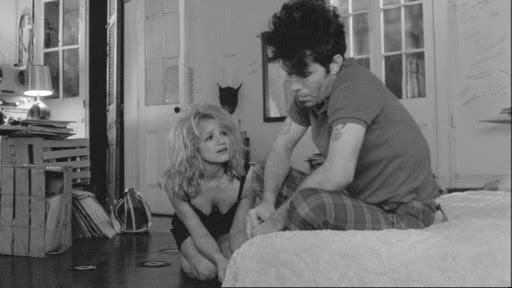 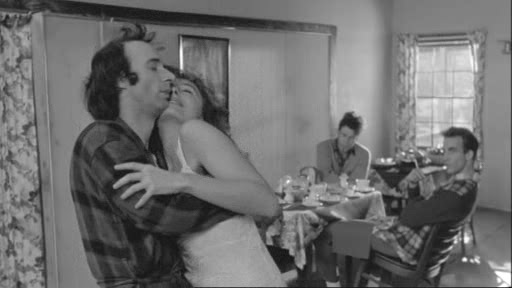 It very much has the feel of a New Wave film except without perhaps as dedicated an attempt at psychological analysis or social commentary. Particularly after the escape, as the three wander through the woods, the movie feels like watching characters roam about in a contained, anthropological experiment. The pleasure derived, though, isn't the voyeuristic sort of pleasure one might get from watching three people interact unawares--rather, since they each are such strange men, the interactions between them feel dreamlike, the movie mostly feeling like an exercise in creating mood through the contrasts. It feels very cool. 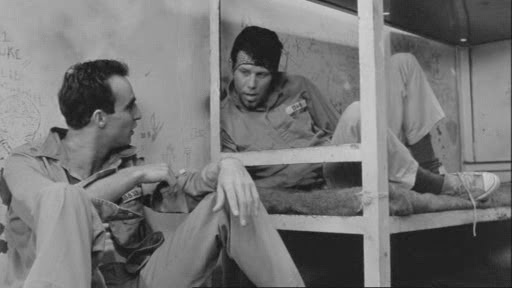