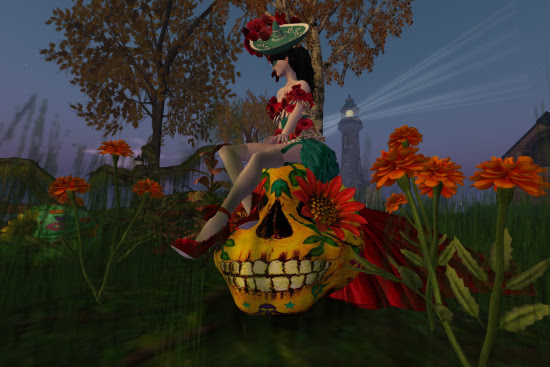 Everyone was talking about Disney acquiring Lucasfilm yesterday, everywhere I went. Students were clustered together outside class, people in costumes trick or treating at the mall where I went between classes were talking about it, people in group chats on Second Life were talking about it. So I found myself watching Episode IV last night, realising it felt different for the first time in a long time. Like the movie's finally really old now, or dead in some way. Maybe this partly comes from my suspicion that Lucas made this move because he doesn't expect to live long. Mainly I think it's this odd feeling I have that Star Wars going to Disney is going to be a process not unlike a corpse decaying in a forest--that is, all the little life forms taking it apart and finding sustenance to grow new things of varying degrees of beauty. Which linked it to Dia de los Muertos for me, so I wrote this poem;

It's nice I don't have to be at school to-day. Yesterday was sort of miserable--I had a midterm in American literature and it felt like everything went wrong after I found out I had the wrong kind of paper--apparently we needed "loose leaf" for it and all I had was notebook paper I had to tear out. I also needed more than one, which I didn't know until after the class was told to clear our desks of everything else, and I awkwardly had to reach back in my bag and tear out more of the wrong paper. The instructions talked about how we were to be graded on spelling and quality of writing for the two, multi-page essay responses and of course the instructions were themselves riddled with misspelling and typos, which seems almost invariably the case for documents I see that make an issue out of such things. I speak as someone who complains about typos and makes them all the time.

Hopefully my prospectus, which I'd written the night before, for the term paper, came off better. I chose H.P. Lovecraft and Washington Irving for the two authors I am going to compare to discuss the nature of American literature. I figured the two authors have plenty of superficial interests and aesthetic preoccupations in common. I'm not sure how well I can use any two American authors to definitively nail down a distinctly "American" literature, though. But maybe going with two anglophiles will be a fruitful way of going against the grain.

Speaking of Lovecraft, I read the latest Sirenia Digest to-day, which contains Caitlin's latest nice Lovecraftian tale, this time taking the form of journal entries from a member of a team of palaeontologists in the latter half of the nineteenth century encountering strange and sinister things on a dig in a Wyoming prairie. For a lot of it, Caitlin captures the voice of this period character rather well, showing her versatility with language for its contrast with well told stories from the Digest in recent months set in future societies. 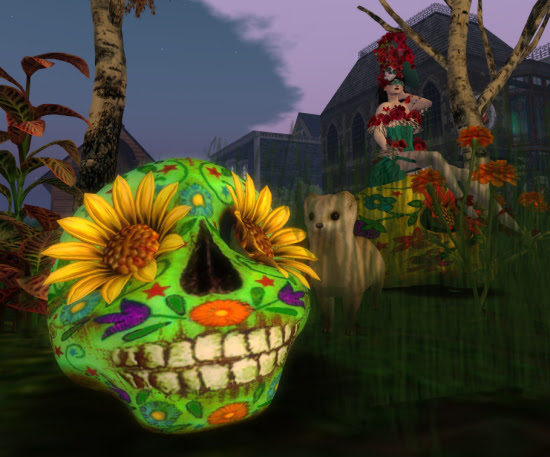