The Pterodactyl, the Mummy, and the Woman who Dealt with Them 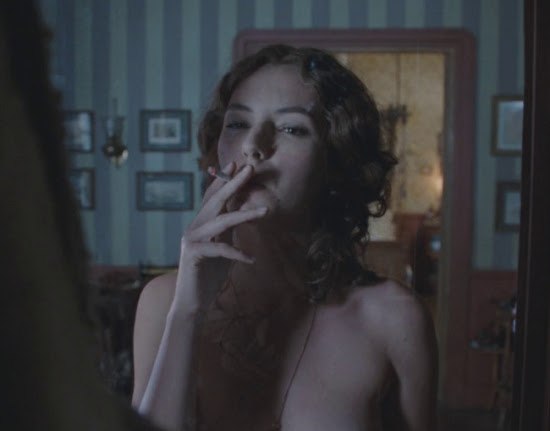 I'm tempted to say that if it had really believed in itself, The Extraordinary Adventures of Adele Blanc-Sec (Les Aventures extraordinaires d'Adèle Blanc-Sec) could have been a pretty great film. But I think the motives and sense of humour that made the film are simply very different from what I think is the most worthwhile way of spending an hour and forty-five minutes telling the story of a sexy adventuress in 1912. It's not a bad movie, but it's not quite as good as "Dinosaurs on a Spaceship", the recent Doctor Who episode, though tonally it's somewhat similar and oddly enough seems more like something produced on the budget of a television series.

The movie begins well. The pterodactyl hatching in a museum, learning to fly from looking at a painting, and exhibiting a psychic connexion to the necromancer across town who re-imbued the egg with life--shown flapping his arms around his flat as the pterodactyl takes flight--is all very charming. That the pterodactyl attacks a government official in a cab with a chorus girl from the Moulin Rouge has a deliciously morbid comedy about it. 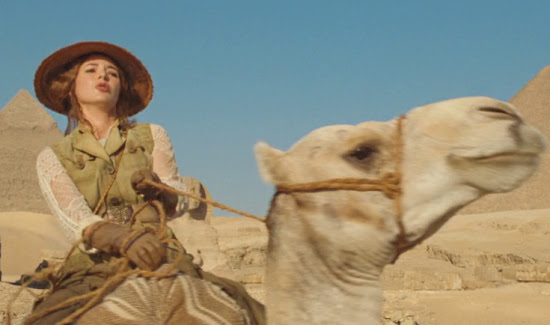 Also, the meanwhile in Egypt plot, which introduces us to Mademoiselle Blanc-Sec, is nicely Indiana Jones-ish despite some corny jokes (or maybe partly because of them) where she tries to get her camel to move by yelling at it in Arabic.

And in spite of the incredibly cheap and unconvincing mummy's tomb, the sort of shooting and set design reminiscent of another of director Luc Besson's films, The Fifth Element, oddly giving the scene a very small feel.

Largely the scene works because Louise Bourgoin, in the role of Blanc-Sec, adopts the intelligent and commanding mien that believably intimidates the misogynist male adventurers with her. Her antics to escape from her story's resident Belloq are cartoonish in an Uncle Scrooge Adventures way and pleasantly lead to the first instance of her catch phrase--"Quickly, into my arms!" when an absurd circumstance forces her to embrace a mummy. It's when the movie brings Adele to Paris that the problems begin as a very nice, character driven adventure tale is sabotaged by exceptionally ineffective low brow humour. We see Adele repeatedly thrown out of a prison in different disguises as she attempts to spring the necromancer, who was arrested and put on death row because the cops saw the pterodactyl tear up his apartment and apparently decided he was somehow responsible for the pterodactyl's existence and crimes. Blanc-Sec is never arrested for attempting to spring a man from death row, and in her last attempt to break him out, she finds a new man occupies the necromancer's cell, and this man suggests she ask the president of France to pardon the necromancer. So she immediately goes to see the president and, it turns out, the two are old friends which makes us wonder why she didn't try this in the first place--possibly it was because the film wished to avoid dwelling on the dubious reasons for the necromancer's imminent execution.

Blanc-Sec needs him in order to resurrect the mummy she brought back from Egypt, a mummy she believes is a doctor possessing advanced medical knowledge lost to antiquity. She needs his help to revive her beloved sister, who had been comatose since her brain was impelled with a hat pin during a tennis match, another lovely morbid moment. 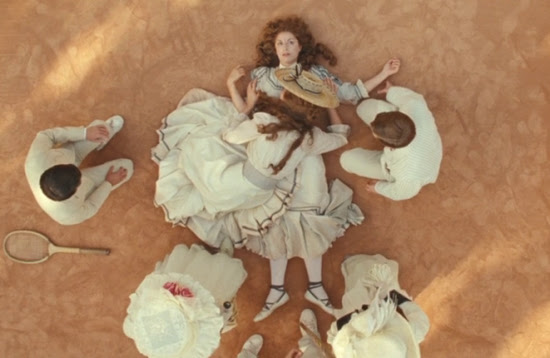 The last portion the film is pretty good--the cgi looks cheap but it's lovingly and effectively animated. There's also some nice, playful sexuality you don't tend to see in American children's films when Adele strips for the mummy. 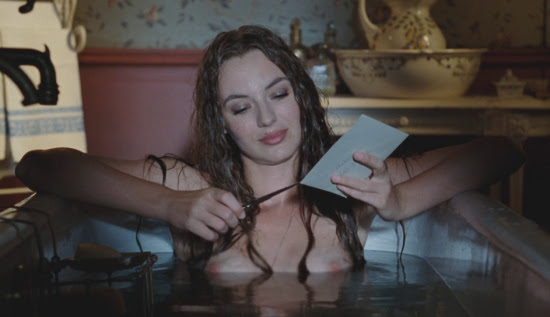 If the last portion of the movie didn't also contain a dopey subplot about a big game hunter pursuing the pterodactyl, it would have almost made up for the dumb business in the middle of the movie.

Anyway, if, by some miracle, this film actually gets a sequel, I can see something truly good coming of it, there's already enough good elements to work with here.

Posted by Setsuled at 7:58 PM
Email ThisBlogThis!Share to TwitterShare to FacebookShare to Pinterest