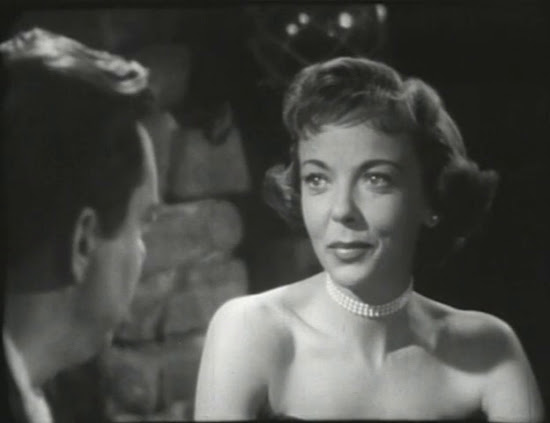 I love Ida Lupino, but I think I underestimated her 1953 film The Bigamist, which she directed and starred in. Maybe because of the title and subject matter I was expecting something more soap operatic, but instead the movie isn't only a rather delightful subversion of contemporary sexual prejudices, it's a nuanced and effective set of character portraits, and a film noir for its portrayal of a guilty character with an internal sense of decency that tortures him on his path of inevitable ruin.

Harry, played by Edmond O'Brien, is the central character of the film, being the bigamist of the title, but Lupino's character, Phyllis, comes off as the most interesting despite not having the featured moral conflict. Harry is married to both her and Joan Fontaine's character Eve--I didn't dislike Eve. She's more fragile seeming than Phyllis, despite apparently running most of Harry's sales business. 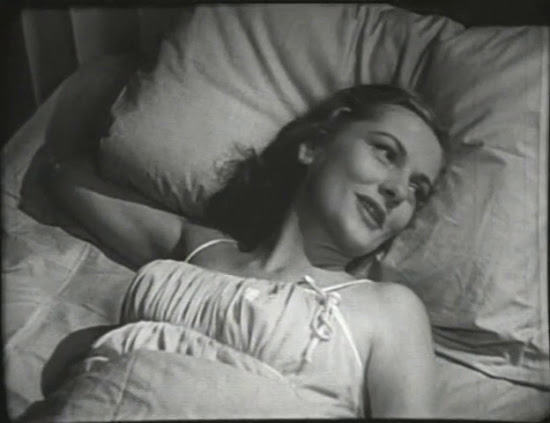 Her obsession with this business is what creates an emotional need in pair-bondy Harry; he's filled with what he describes as an unbearable loneliness that he can't satisfy with loose women or prostitutes, and so he decides he'll flirt aggressively with Phyllis when he's on a business trip to Los Angeles. 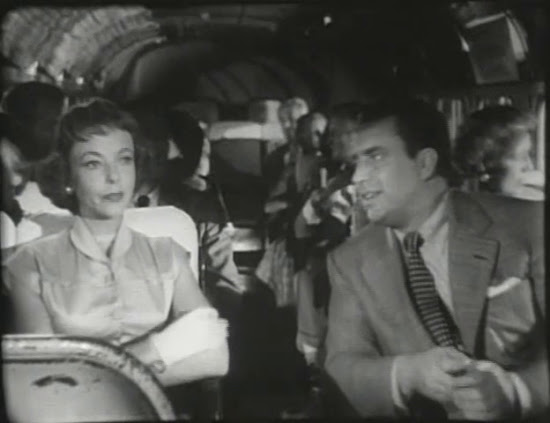 This is one of the best scenes in the film and a great example of how a director's interpretation of the screenplay can drastically affect its meaning. As written by Lupino's ex-husband Collier Young, the scene where Harry meets Phyllis on a bus tour of celebrity homes could have been a pretty standard meet-cute as he tries to chat her up about movies and she rebuffs him with a few cold replies but is forced to accept his light twice for her cigarette. Standard movie language here would be--this is the fella not giving up and the lady finally falling under his virility.

Instead, O'Brien comes off as awkward and oafish--a moment where he forces himself over to the other side of the bus to sit beside her could have been downplayed, but Lupino arranges it to look like the rather shocking intrusion on her personal space that it is. Her reaction in tolerating him begins the story of how they end up together--the nicest thing she says to him on the bus is, "I'm not afraid of you," and you can tell she means it, despite what he'd just done. His behaviour is more significant to her for its thoughtlessness than its violence. Lupino, as usual, comes off as a remarkably intelligent person and one can see in her eyes she has a far better acquaintance with human nature than he does. 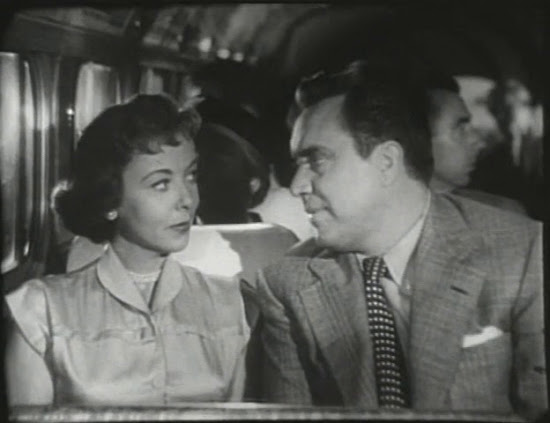 It makes deeper sense of a later line she has, telling him that she's been in love before and has been hurt before. Without the actors directly saying anything to indicate it, we see that she feels safe with him, in spite of her reluctance to enter into a relationship, because he seems dumb. 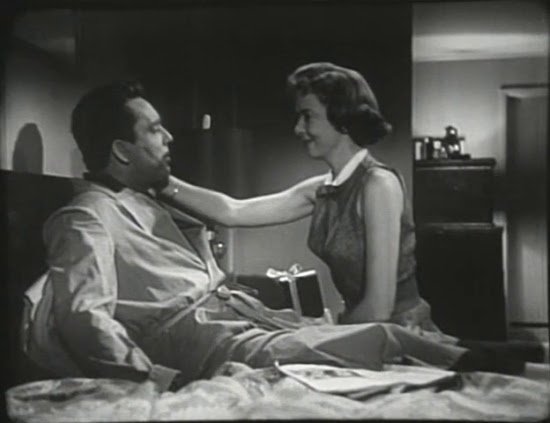 She doesn't dream of how dumb, though. Instead of a sociopathic womaniser, Harry's a guy addicted to receiving emotional validation from women through his genuine empathy for them. Lupino's character goes the smart route in subverting stereotype--she's the strong one, but she still has human vulnerability in not being able to see all ends.

Edmund Gwenn, Santa Claus himself from Miracle on 34th Street, is in the film as an investigator for an adoption agency, checking out Harry when he and Eve see go to see about adopting a child. Though he obviously can't approve the adoption, he finds a man in Harry who defies both the naughty and nice columns on his list. As he says essentially this to Harry, he functions as someone giving voice to the reaction of the audience. As Gwenn says, we despise Harry, but we can't say exactly that he's a bad man.

I love that the movie doesn't solve the problem. We don't see which woman Harry ends up with, if either of them, but we see also that they both still feel affection for him. Any move in any direction would have been rather dull, and reduced the story. It's nice the movie leaves us with the troubling question of what happens next.