Hell is Smaller on the Inside 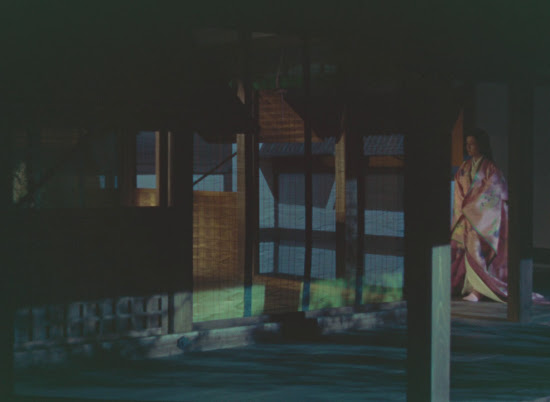 It's easy enough to say it's a bad idea to ask the emperor to force a woman to marry you, particularly before you've found out whether or not she's already married. But 1953's Gate of Hell (地獄門) uses a series of tragic misunderstandings, fatally exacerbated by Heian era Japanese conventions, to tell a more fundamental story about the foolishness of killing or dying for the sake of pride.

The story follows a samurai named Morito who, during an insurrection, is commanded by the emperor to protect his sister's decoy, a young woman named Kesha played by the beautiful Machiko Kyo. 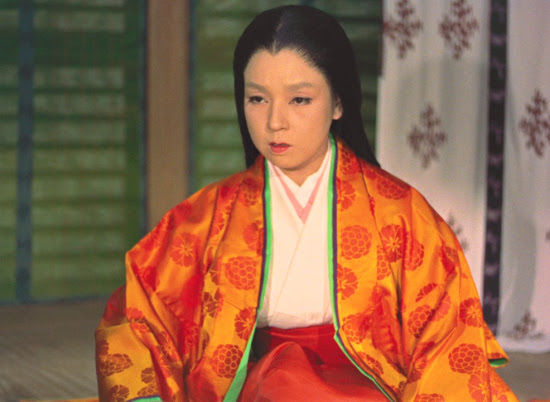 Kyo is an incredibly versatile actress. Here we do not see the angry, psychically wounded woman from Rashomon or the conniving seductress from Ugetsu Monogatari. Here, Lady Kesha is a demure woman of deliberate physical grace and deep sense of honour that compels her not to hesitate before volunteering herself for the dangerous decoy mission. 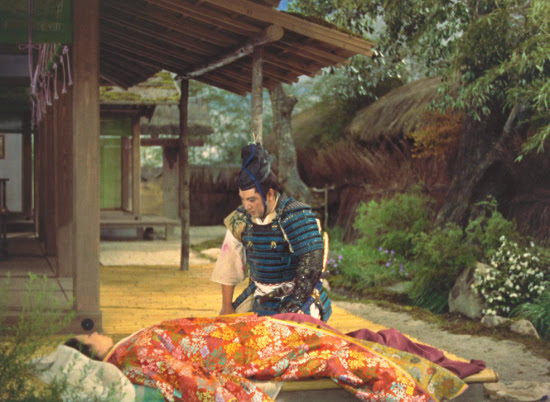 She does nothing to lead Morito on, and the two in fact speak very little. The emperor is pleased with Morito for siding with him even though Morito's brother had gone over to the enemy so before an assembly of his vassals, the emperor offers to grant Morito whatever he wishes. It's only after the emperor agrees to secure a marriage between Morito and Kesha that both men discover that Kesha is already married, and the pride of both men compels them to find a way of fulfilling Morito's wish anyway. 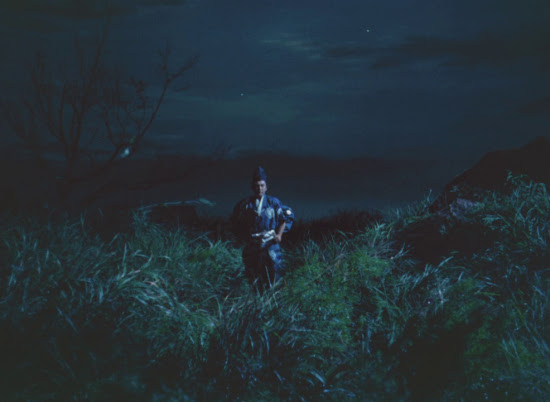 Morito is not portrayed as a man who would kill another to take his wife. He seems deeply embarrassed by what he's inadvertently initiated, and tells Kesha that he never would have asked the emperor for her hand had he known. But pride prevents him from backing down now and he bristles whenever he's in the presence of Wataru, Kesha's husband, who is also a samurai valuable to the emperor. 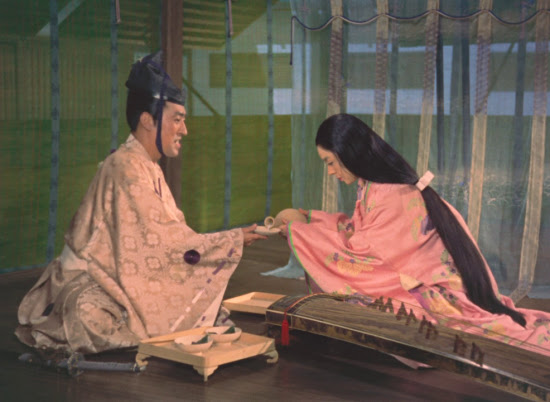 Things escalate until the movie earns its name as eventually it's not only Morito whose value system leads him to tormenting paradoxes.

I hadn't seen the movie in over ten years when I listened to an interview a couple weeks ago with Carl Dreyer who described the film as one of the first true successes in colour filmmaking. The movie had been restored in 2011--although it had been so long since I'd seen it, I do remember being distinctly bothered by the lousy print quality. This restoration is pristine and gorgeous, the palette indeed different from the typical garishness of its predecessors particularly in American cinema. 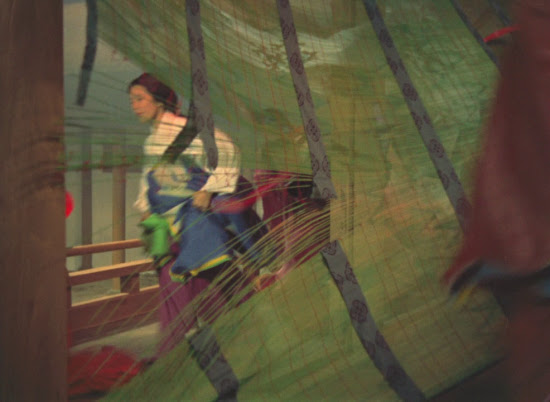 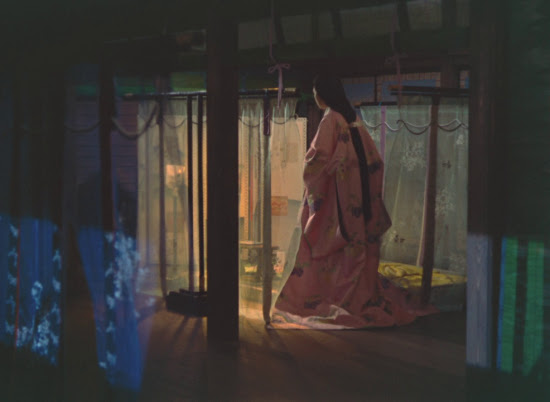