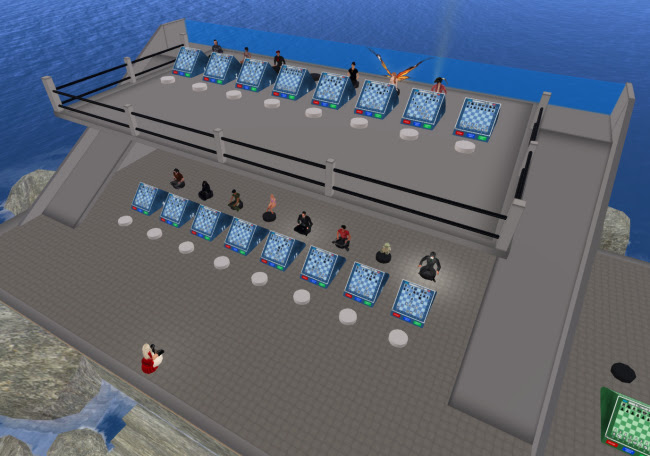 Here's what I've been doing to-day--participating in a four hour simultaneous chess exhibition. My friend Rose, whose elo or chess rating is something like 2000, is the avatar in red in the lower left corner of the picture. She's playing against all fourteen other people--my avatar is the one with the butterfly wings. She lost two games and had one draw. I lost against her, of course, though I like to think I held out a respectably long time. 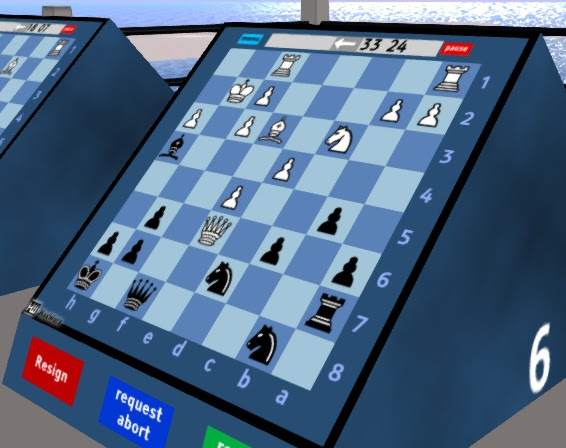 I was black--Rose was white in all the games. This is from about midway into the event. I traded a rook for a bishop in an audacious plan that didn't pay off at all.

It was a nice and relaxed event for everyone except for Rose, I'd guess. Between moves I was able to make and eat lunch and do some things around the apartment. I checked up on the daddy long legs I moved from my bathtub to the entryway in the hopes that he would catch a couple gnats that have been hanging about the kitchen. I haven't seen the gnats all day so I think my new roommate is a friend indeed. 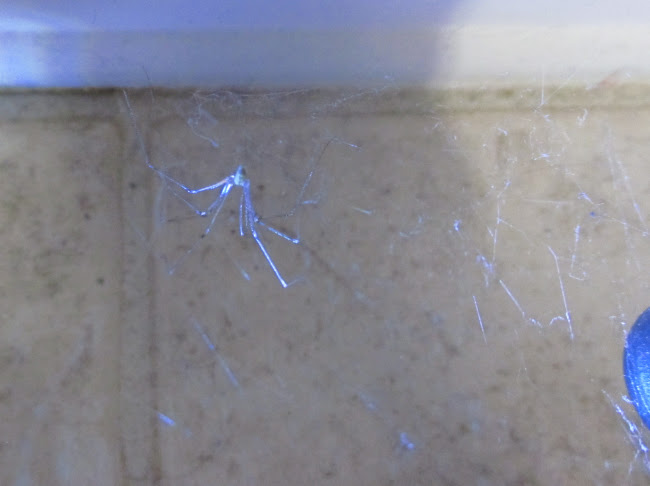 Maybe I ought to be talking about the chess world championship matches going on this weekend between Magnus Carlsen and Viswanathan Anand. But Carlsen is winning so I can't seem to muster much interest. It's so much more exciting when he loses--he's just so smug.