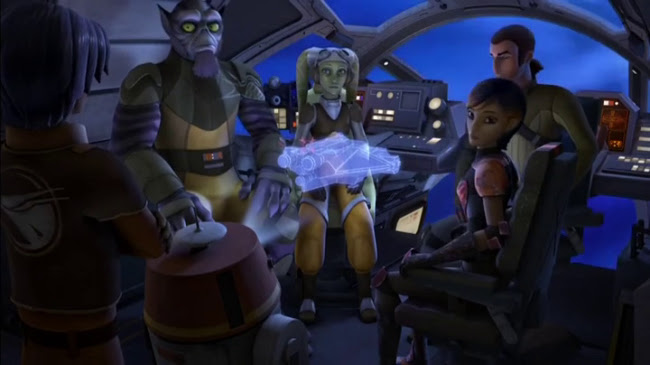 Well, the first season of Star Wars: Rebels has concluded and not nearly as many characters died as I would have liked. It hasn't been bad. Sometimes it's nice pulpy fun and the two episodes written by Henry Gilroy, "Rise of the Old Masters" and "Empire Day" were genuinely good. Gilroy seems to have an instinct for story telling, of following the thought patterns of a human viewer to create interesting moments to follow up others. His episodes have that "anything can happen" feel that so many of the best Clone Wars episodes had.

I think I've said before the fundamental problem with Rebels so far is Disney trying to pander to the original trilogy fans. There's the danger in losing the young audience that's grown up with the prequels, but even more than that, Rebels feels more creatively constrained. In a way, the unpopularity of the prequels served Clone Wars in that I think it give the writers freedom to deviate and improve on prequel ideas while Rebels is basically trying to plant roses in granite. 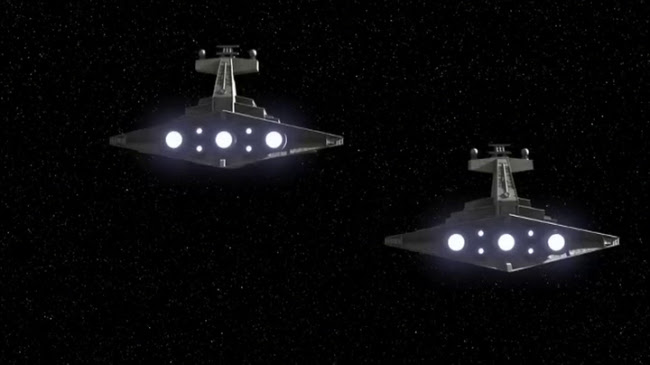 But it occurred to me to-day while watching the finale that maybe what bothers me the most is the rather conscious male-ness of Rebels. Clone Wars was filled with great female characters--Asajj Ventress, Luminara, and, of course, Ahsoka Tano. The only two female characters so far on Rebels, Hera and Sabine, are defined in the show by their relationships with the male characters--Sabine as Ezra's potential love interest and Hera as a mother figure, a more backgrounded counterpart to Kanan as Ezra's father figure.

And this, too, seems as though it might be playing to an original trilogy format as much as it is Disney trying to make a more concerted sales pitch to the little boy demographic--the original trilogy centring on a male character and a father/son relationship. 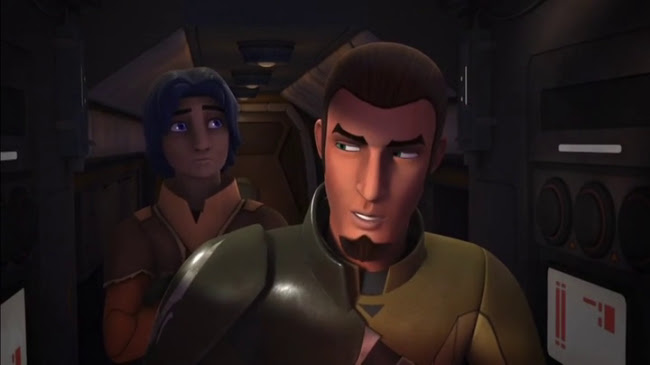 I'm reminded of the outcry over the lack of Princess Leia toys planned by Disney to be aimed at girls. But since Disney seems to be backtracking a bit, and since Greg Weisman, who wrote most of the first season of Rebels, is leaving, I'm vaguely hoping for better in the second season.

Speaking of stories about father/son relationships, and since it feels weird not to talk about Doctor Who on Saturday, I listened to The Holy Terror, a 2000 Sixth Doctor audio play written by Robert Shearman, who would go on to write the Ninth Doctor television episode "Dalek". The Holy Terror is a surprisingly transgressive and dark piece of writing, its satirical tone recalling the Douglas Adams era of the series. It concerns a planet where a somewhat medieval society--who use guns for ceremonial purposes--consciously worship one man as a god and then kill him when his successor becomes god. The first half is sort of grimly funny and feels sort of tongue in cheek until the last bit provides a nightmarish explanation for the bizarrely callous behaviour of the people.

The play is my first exposure to Frobisher, a companion of the Sixth and Seventh Doctor that was introduced in one of the many Doctor Who books. He's a talking penguin, which put me off at first, but then, I figured, I warmed up to K-9 eventually so I kept listening. He's actually a being who's able to take any form he likes and for some reason prefers to look like a penguin. He's also American and a private detective. But voiced by Robert Jezek, he was at least more entertaining than Colin Baker. This audio play would have been close to genius if it were a Fourth Doctor story.