Wine Against Life, Money Against Beauty 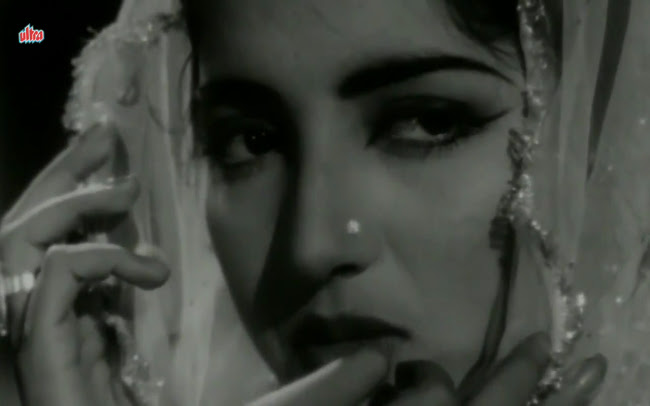 There's an aesthetic to feudalism, to king and serf social contracts, that's seductive like religion. Not just from a compulsion to ascribe order to the universe, but simply in the idea of some people living in beauty and luxury, being closer to divinity than the common people. 1962's Sahib Bibi Aur Ghulam (The Master, the Mistress, and the Slave) mourns the death of such a world which seemed as though it would be replaced by something inferior, certainly uglier. Though it portrays the basic humanity of the people supposedly given divine right to rule as integral to the downfall of the system. Considered a classic of Bollywood cinema, Sahib Bibi Aur Ghulam of course features great songs, dances, and beautiful costumes. But perhaps the film's greatest assets are its two female leads, Meena Kumari and Waheeda Rehman, and dark, ghostly cinematography by V.K. Murthy. 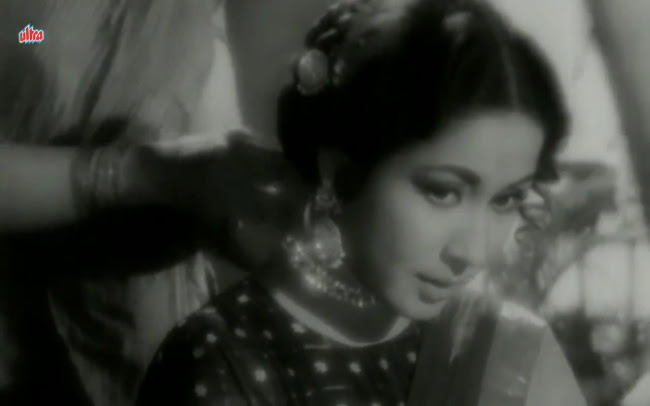 Made just ten years before her death at the age of thirty nine, the film casts Kumari as the Bibi, the Mistress/Queen/madame of the title, Chhoti Bahu, who, as a ploy to keep her husband from spending all his time at the brothel, takes up drinking despite the fact that it's not the sort of thing a good orthodox Hindu woman does. Her alcoholism and the carelessness of the men in her family in business dealings erode the beauty of their mansion. We see the British not only bringing soldiers to be vulgar and disruptive in the marketplace but also introducing cut-throat capitalism. 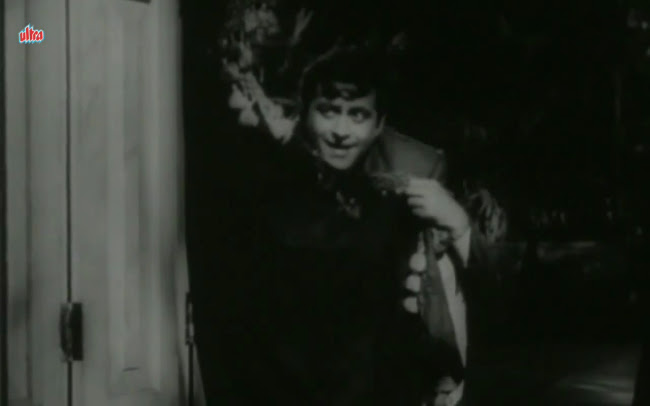 In the middle of this is Bhoothnath (Guru Dutt), who is introduced as an older, wealthy and westernised gentleman wandering the ruins of the old mansion. Most of the movie is told through his flashback as he remembers his time as a servant there. Also the producer of the film--and, apparently, some argue the uncredited director--Dutt's sad eyed performance as the meek serf in new, squeaking British style leather shoes, recalls Emmett Kelly or Charlie Chaplin. In one of the most impressive musical numbers, he hides behind a curtain and watches one of the ruling brothers of the house being entertained by dancers and a singer. The singer is fully lit while the dancers are dark silhouettes. 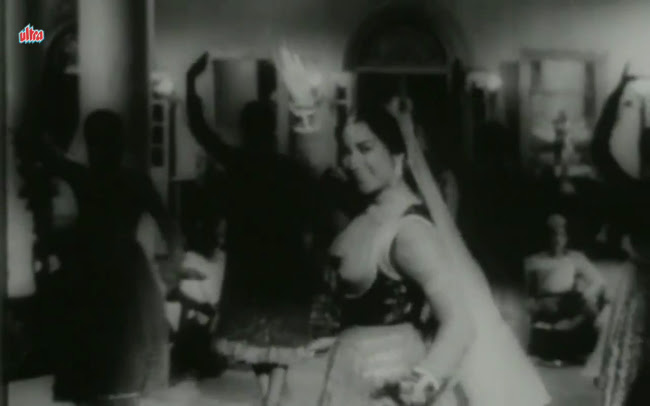 Dutt's humble, low key performance as the servant and confidant of Chhoti Bahu is endearing and his awkward, adolescent sensitive arguments with the irritable Jaba (Waheeda Rehman), daughter of the owner of the Sindoor factory where he works, are equally endearing. 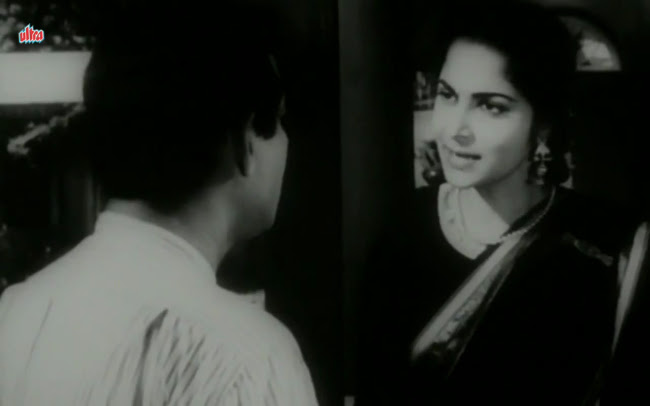 Kumari was the poet in real life but it's Rehman's character we see writing poetry in the film while Dutt looks on, hiding absurdly behind a newspaper in her doorway. Rehman's performance is much fiercer and maybe easier for a modern audience to identify with than Chhoti Bahu's rapid decent into alcoholism being put down to the frailty of women. 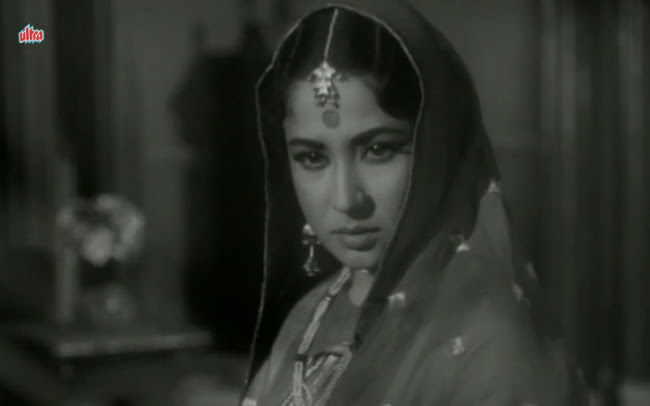 The Wikipedia entry says the film was shut out of the Oscars with a letter from the Academy stating that "a woman who drinks was not a permissible taboo in their culture." There's no source cited and certainly it doesn't make sense considering Susan Hayward was nominated for Best Actress in 1947 for playing an alcoholic. I think it's more likely a western prejudice against Bollywood that kept it out of the running for an Oscar. Even within the Indian film industry, it seems like there's a lack of respect for Bollywood reflected in the difficulty in acquiring decent copies of films from even just ten years ago. I was amazed to have finally found a copy of something as old as Sahib Bibi Aur Ghulam but what I found was obviously cropped into a 16:10 aspect ratio from 4:3 and bore a constant red watermark of some company called Ultra in the upper left-hand corner--DVDs are released with watermarks often and no attempt was apparently made to clean up or restore footage on what is considered one of the greatest films of its country of origin.

It was an obvious VHS transfer and the murkiness in an odd way added to the spookiness of its visuals. The climax of the film, involving a night time assault inter-cut with shots of owls in trees, has an unexpectedly but very effective supernatural quality as things which could not be directly addressed due to censor restrictions are conveyed in a sinister, dreamlike fashion. 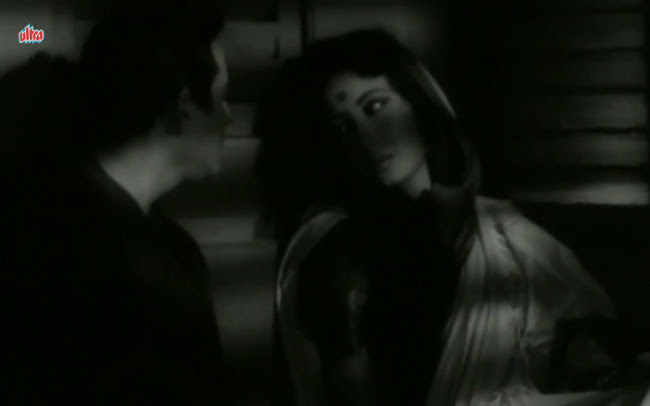 Ultra has the entire film on YouTube where it's cropped even further to fit a 16:9 aspect ratio. Here's Meena Kumari in one of the musical numbers (Geeta Dutt is her dubbed singer):