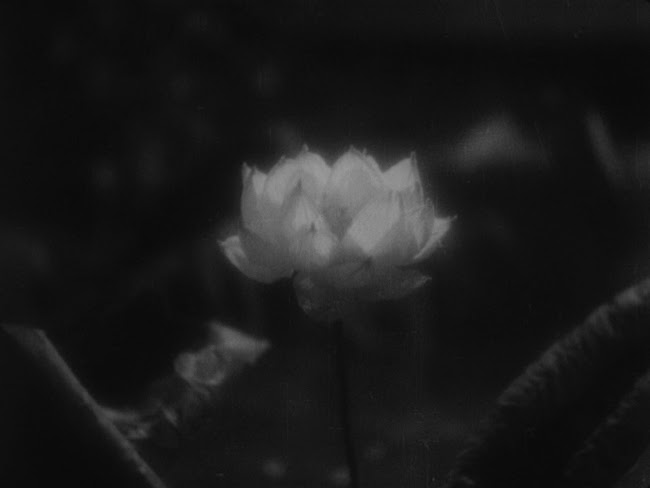 It can take years to master judo but a great director can make a good film on his first try. Akira Kurosawa directed Sanshiro Sugata (姿三四郎), his first film as director, in 1943, though he'd served as assistant director on a few films previously. The story of a young Judo practitioner who trained under the creator of the martial art, it's not one of Kurosawa's best films by far and yet, taken by itself, it's hard to imagine a better martial arts romantic action film. 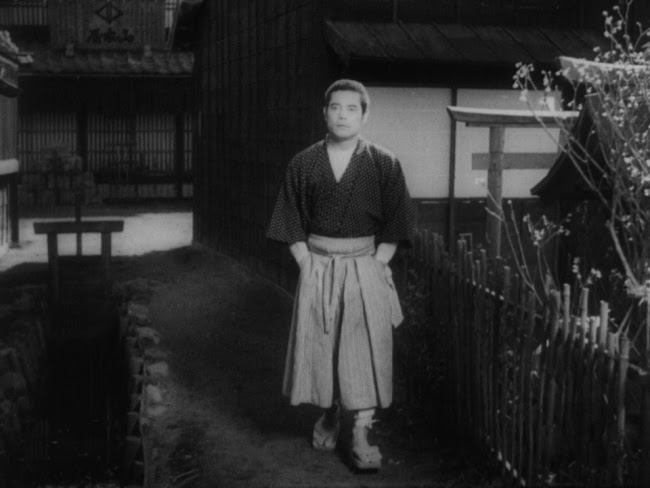 Susumu Fujita, who would go on to star in several Kurosawa films until he was effectively replaced by Toshiro Mifune in the late 1940s, gives a decent performance as Sanshiro Sugata who goes to Tokyo at the beginning of the film to learn jujutsu. Judo is an offshoot of jututsu created in 1882 and when Sanshiro witnesses Shogoro Yano (Denjiro Okochi) toss six jututsu students into a river using judo he decides to study the new art instead. He offers to pull Yano's rickshaw after the driver has been frightened off by the fight--having nowhere to put his geta, his heavy wooden shoes, while he drives, he abandons them on the road and we're treated to Kurosawa's first creative cinematic flourish as a montage of the abandoned shoes being washed down river, played with by a puppy, and just lying abandoned in the rain, conveys the idea of passing time as Sanshiro becomes Yano's best student. 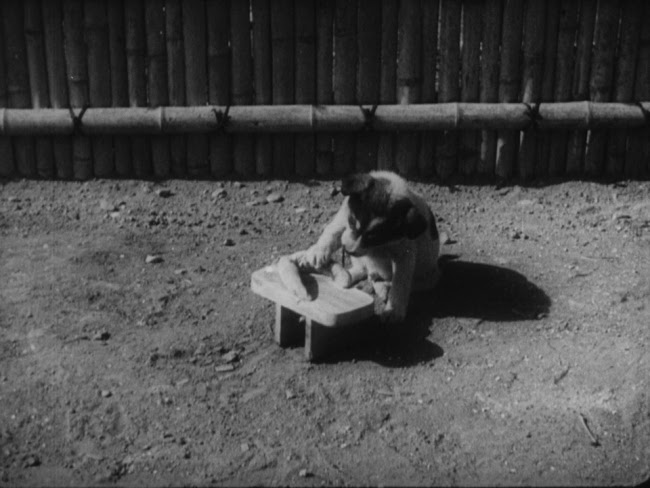 But he's young and brash, using his talents in a street fight, angering his master. Sanshiro offers his life in recompense, perhaps counting on Yano to turn down the offer, but Yano says "Die!" So Sanshiro jumps into the pond where he clings to a tree stump throughout the night. 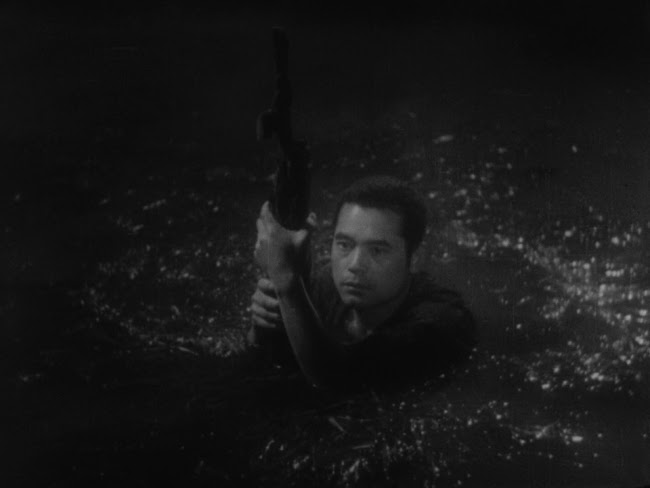 A monk points out to him he neither releases the stump nor climbs out of the water, as though he's unable to decide between life and death. The monk says to him he might as well enjoy the beautiful moon that's out to-night and eventually Sanshiro seems to be inspired by the sight of a white lotus, one of several explicit references to Buddhism in the film, interesting for the fact that Kurosawa rarely makes religious references afterwards until 1985's Ran where he takes a more critical view of religion.

Religion appears again in the film's rather sweet romantic subplot as Sanshiro and Yano witness Sayo (Yukiko Todoroki) kneeling before a shrine and Yano remarks to Sanshiro that he should feel privileged to witness the beauty of someone so completely and selflessly submitting herself to prayer. 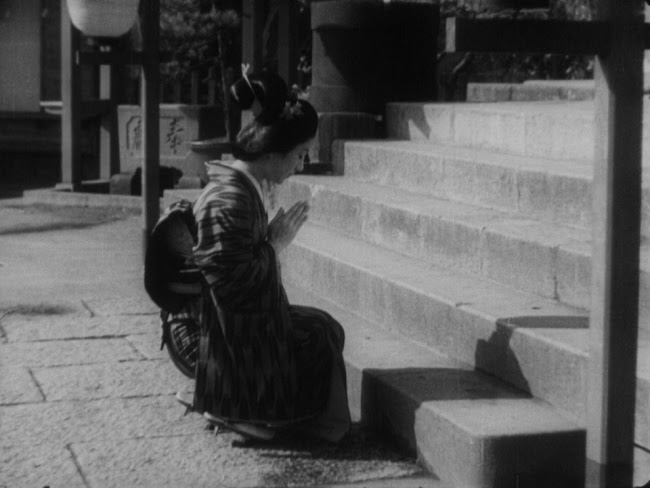 Later there's some business about Sanshiro helping her to fix her broken shoe and offering his handkerchief to place her unshod foot upon while he works, rather like the gentleman putting his coat on a mud puddle for a lady, though in traditional Japanese homes it was considered really unhygienic to allow a shoe or tabi that's touched ground to touch the tatami floor inside. Kurosawa presents it completely without irony.

So many familiar features of Kurosawa's films are already apparent in Sanshiro Sugata from the characteristic transitional wipe, his keen talent for blocking actors, and his use of wind to underline emotion. And Takashi Shimura's in the film as a prominent opponent of Sanshiro, the first of his many collaborations with Kurosawa--it wouldn't be until 1970's Dodes'ka-den that Kurosawa would make a film that did not feature Shimura in at least a supporting role. 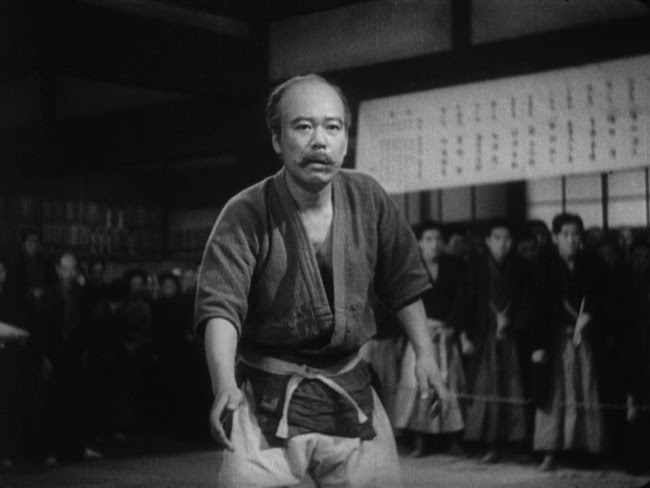 The climax of the film is a fight to the death between Sanshiro and jujutsu master Higaki (Ryunosuke Tsukigata) and is a stunning piece of film making, a darkly beautiful scene on treacherous hills of tall undulating grass under strangely fast moving clouds. 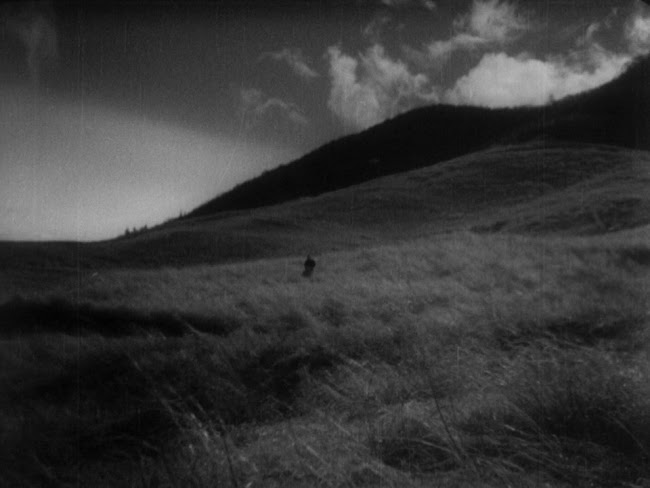