There Was Soup at the Top 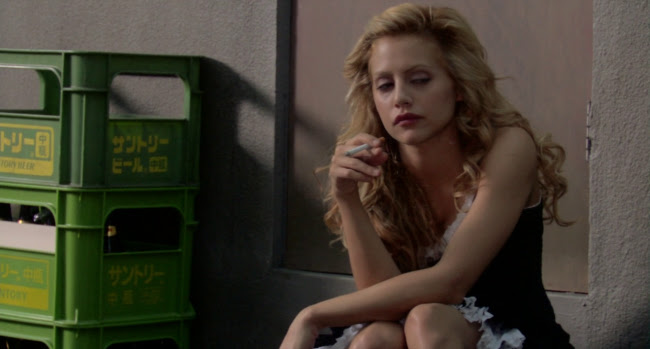 Why did I watch a movie about Brittany Murphy becoming a ramen chef? I tend to add movies to my list so often that I might watch forty of them between the time I put one on the list and the time I watch it. So I have no memory of why I told myself to seek out 2008's The Ramen Girl, a pretty generic romantic comedy, another in the I Know Where I'm Going template about a girl going to a foreign country to be with her boyfriend only to find herself falling instead for the local culture. The dialogue is plain, the characters are unremarkable and unintentionally crass, but it's a cute, mostly harmless story about a young woman looking for true love and finding self respect instead.

After her boyfriend dumps her, she wanders tearfully into a nearby ramen shop just after it's closed. The proprietors, chef Maezumi (Toshiyuki Nishida) and his wife (Kimiko Yo), take pity on her, serve her ramen free of charge, and send her out into the rain with a loaned umbrella. So suddenly Abby, Murphy's character, decides to beg Maezumi to take her on as apprentice. 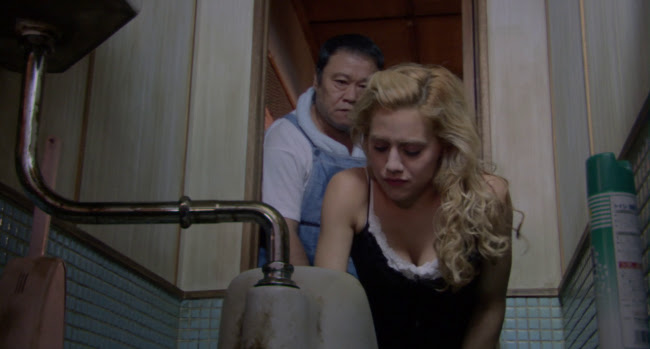 He makes her clean the dishes at five in the morning and, when she fails to do that properly, has her clean the toilet. But Abby persists and he eventually allows her to try making broth. He doesn't speak any English and Abby never learns more than a few words of Japanese so it's hard to accept the movie's premise that ramen is an art of precision when the chef can't even impart basic recipe instructions to his apprentice. 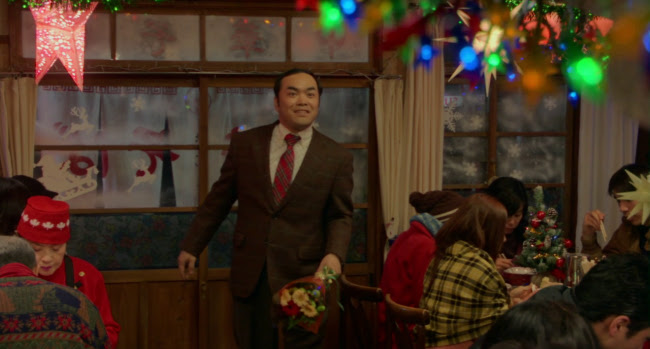 She meets two new guys who vie for her affections, though one of them, because he's unattractive and dresses like Vaudeville's idea of a love stricken nerd, is never taken seriously by the movie and even though Abby thanks him for the flowers he gives her and hugs him he never seems disappointed she never goes out with him. She's into Toshi (Sohee Park), a handsome young man torn between following the typical safe career in business his parents planned for him and his desire to be a rock star. Of course, the Ramen Girl encourages him to follow his dream. I imagined a twist on the scene from Citizen Kane with Abby being the only one applauding at one of Toshi's concerts but the movie isn't as cruel as my imagination. The movie's remarkably shallow conclusion fails to notice it leaves one of its main characters absolutely ruined and Abby coming off callous and self-absorbed.

Brittany Murphy's performance is relaxed and charming and Toshiyuki Nishida is really good, effectively funny in his exasperation with the weird gaijin girl. The movie really made me want some ramen. 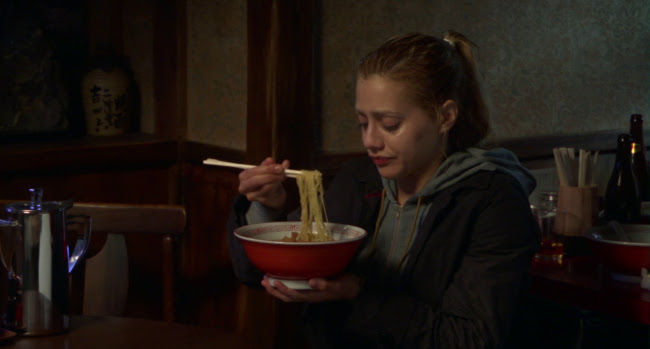