The Whisky of Cinema 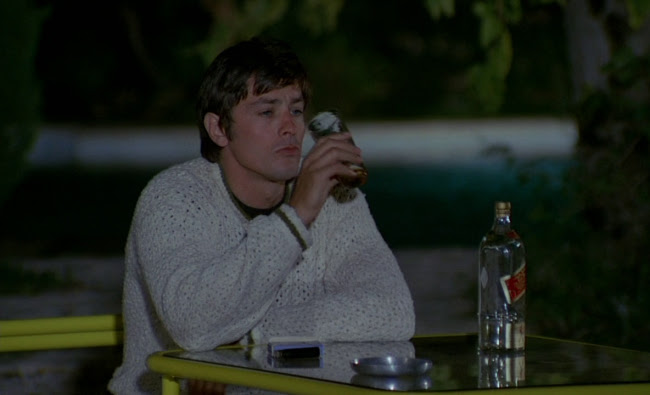 Writing about the movie La Piscine a few days ago, I mentioned the "omnipresent" bottle of Johnnie Walker Red Label scotch. Its omnipresence in films of the 1950s and 60s extends beyond La Piscine. Here a suspicious mother enjoys the beverage while her daughter embarks on a relationship with a dangerous man in Michael Powell's 1960 film Peeping Tom: 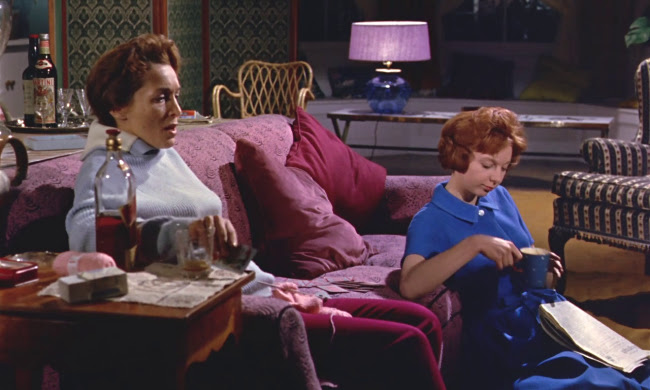 A couple years earlier, another British director, David Lean, prominently featured the scotch as Alec Guinness was successfully coerced with it by a Japanese officer in The Bridge on the River Kwai:

The shared English and Japanese love for Johnnie Walker seems to have been genuine as Yasujiro Ozu used it as his compositional red signature in his 1960 film Late Autumn (秋日和). 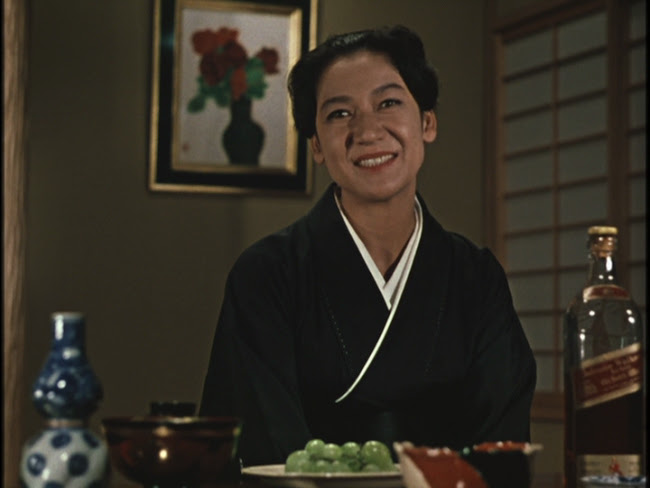 Yet Japan has become a formidable producer of whisky itself in recent years--just last week, Yamazaki Single Malt Sherry Cask was named best whisky in the world, beating out all scotches. Yamazaki is owned by Suntory, a company that also owns several distilleries in Scotland and the U.S., including Bowmore, the excellent Laphroaig, and Jim Beam.

Naturally, I was curious about this stuff that beat the Scottish at their own game. But the sherry cask that won is limited to 18,000 bottles and all of them are in Europe. I went to BevMo yesterday to look for just a regular bottle of Yamazaki and was told they'd been out of stock since April. I went to Mitsuwa, one of the Japanese markets in town, and saw that it wasn't listed on the shelf display of whiskies to ask the cashier to retrieve from the back room. So I grabbed some yokan and broccoli and idly asked the cashier if they had any Yamazaki stashed in the back--and they did. I got a bottle of twelve year.

How is it? It's not peaty at all like Laphroaig. Probably because they don't have peat in Japan. It's closer to Glenlivet but slightly fruitier. It's quite good but not as good as most scotches I've had. Certainly not the revelation that was Laphroaig. I do like it better than Johnnie Walker, though.

I have warmed up to Johnnie Walker since I first had it but I still mainly use it as an ingredient for hot toddies.