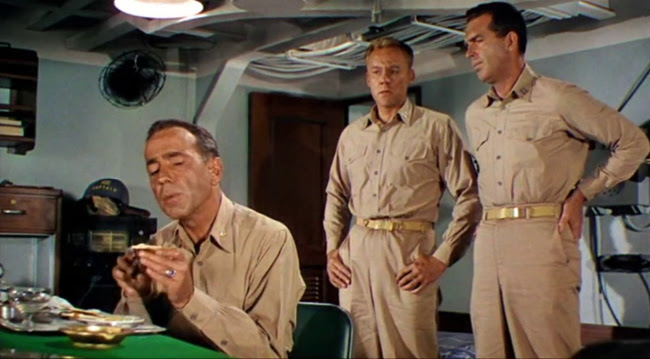 A captain at sea wakes his senior officers at one in the morning to ask who ate the frozen strawberries. There were other signs, but this may be the last straw in confirming the madness (not really madness) of a U.S. Naval captain, provoking his crew to mutiny in the completely and absolutely fictional 1954 film The Caine Mutiny because, as a title at the beginning informs us, there has never been a mutiny on-board a U.S. Naval ship. This nervous tiptoeing in the film was to placate the Navy so the film could use actual Navy ships and locations. In spite of the starchy restraint evident throughout the film, it's still an interesting drama about how to deal with a madman in charge (who isn't mad, U.S. Navy captains are never mad, please remember that). 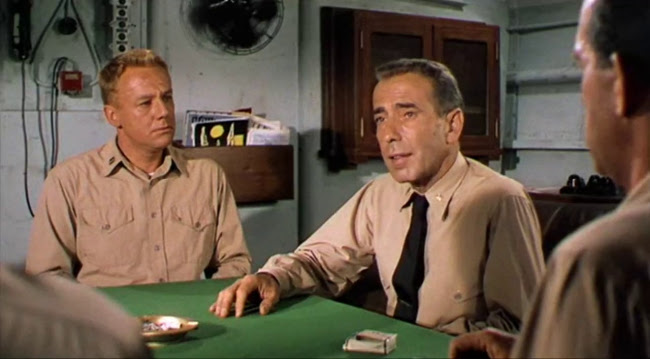 Humphrey Bogart plays Captain Queeg who takes over command of the Caine from a gentler, weirdly permissive captain. Queeg finds a crew accustomed to not shaving or tucking in their shirts or bothering to wear helmets when operating guns. A control freak, he demands harsh punishments for the smallest infractions, placing most of the responsibility in the officer of the deck, a young man named Keith (Robert Francis). 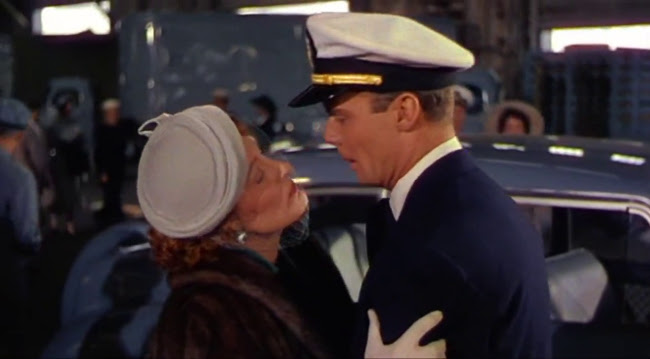 The story is told mainly from Keith's point of view and he's one of the weakest links in this film. Francis isn't much of an actor and his personal life is all dream logic, at best.

We meet him at a rendezvous with his girlfriend, May (May Wynn), who is a knockout and it would've been nice to have her on screen more often. 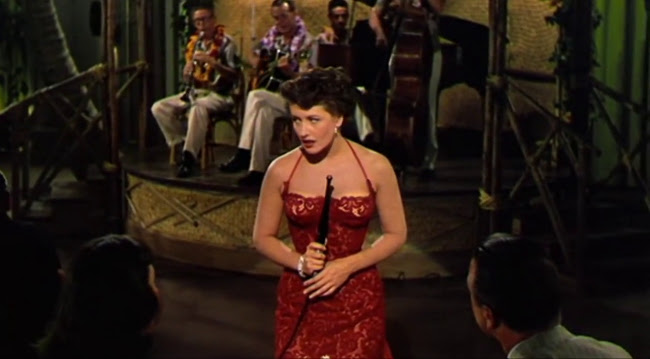 Though it would have meant dealing more with a subplot that barely makes sense due, I suspect, to huge chunks of story excised from the novel the film's based on. Keith is in love with May but is reluctant to introduce her to his devoted mother (Katherine Warren) because May is a singer. Keith and May go on vacation to Yosemite where Keith asks May to marry him but she refuses because he asks her even though they both suspect his mother might not approve. May then becomes frustrated because she thinks Keith doesn't want to marry her.

Well, at least it's not the standard story of the wife or girlfriend at home, angry about her military lover taking risks in the ordinary course of his duty. 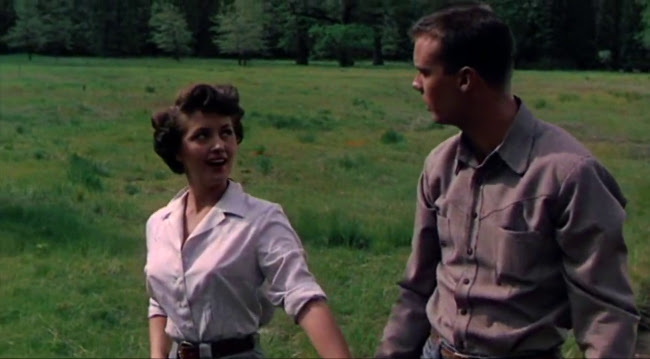 Oh, this film is supposedly set during World War II but everyone dresses like it's 1954 and we only see one scene where the Caine is engaged in battle.

Mainly it's about Lieutenant Keefer (Fred MacMurray) and Lieutenant Maryk (Van Johnson) scrutinising Queeg's behaviour to see if it really is time to relieve him. Maryk is second in command and is more reluctant at first than Keefer who quickly seems sure Queeg is dangerously paranoid. Jose Ferrer appears later in the film as the Navy lawyer who has to sort things out after, as the title suggests, the mutiny finally occurs. I'd say it's primarily Bogart, Johnson, and MacMurray that make this film work. Bogart is so on edge and vulnerable, terrified of the slightest thing getting out of control. 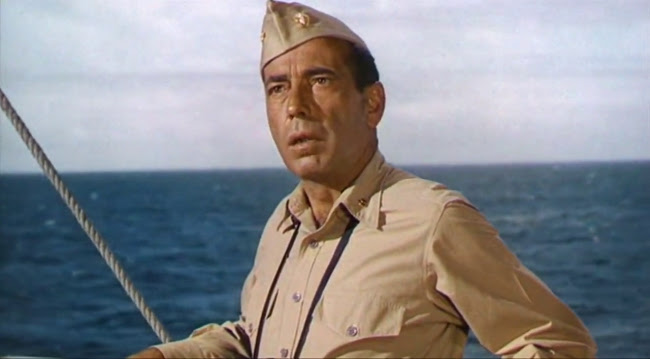 It's the strain from his job because obviously he's not mad.