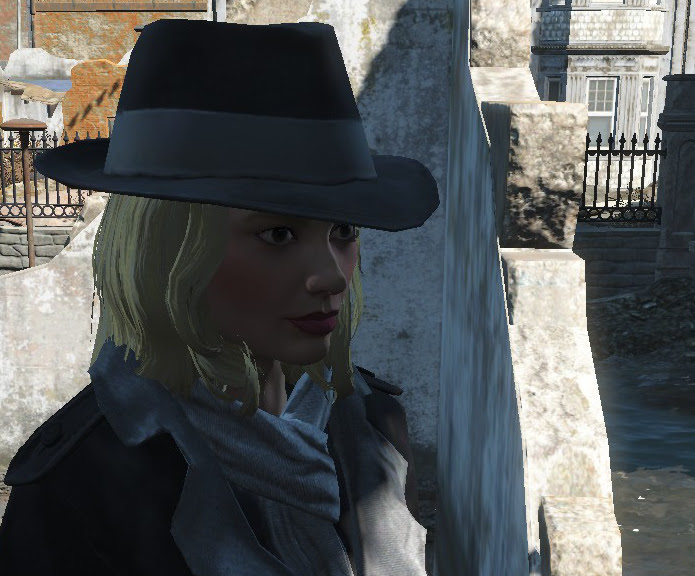 This is Gianna, my latest character for Fallout 4, wearing a fedora like I do with my corporeal avatar. The fedora is getting a bad rap lately, being associated with passive aggressively sexist guys or something, but I'd like to remind everyone that the fedora was originally a woman's hat. In fact, it's named after a female character in a play. Not that I guess that makes much difference in the tide of popular opinion. Anyway, it's made me feel a little more benevolent to "man buns" which I think are meant to emulate samurai top knots. When a Starbucks cashier with a man bun assumed like many that my fedora made me a cowboy and said, "Howdy," I nearly replied, "Konnichiha" but it probably would've been a joke only I would have gotten.

Here's a video I took of myself a few days ago reading from a bag of Starbucks coffee while wearing one of my fedoras:

The music is by Howard Shore from the Naked Lunch soundtrack. 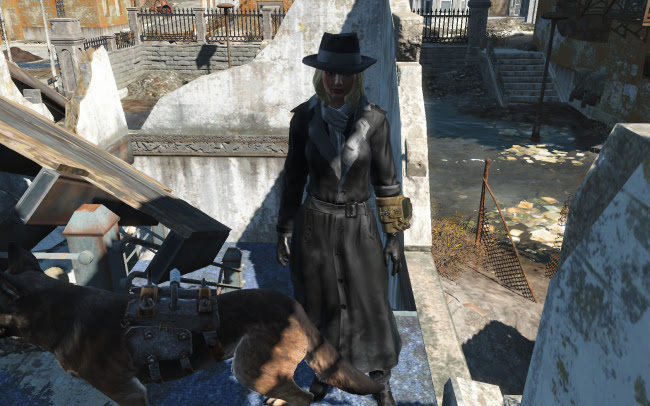 Gianna is wearing the Silver Shroud Armour and Hat, the Silver Shroud being a character in the Fallout universe apparently based on The Shadow, complete with entire radio shows you can listen to on one of the in-game radio stations. There's a ruined comic book store in the game (the Fallout games are set after a nuclear apocalypse) where you can retrieve the hat and costume. They figure into a quest where the guy running the radio station wants you to go out and pretend to be the Silver Shroud and murder evil-doers. The Shroud doesn't appear to have any particular powers like the Shadow, he just goes out and kills people. I guess it's meant to be progressive that no-one asks, "Why's the Shroud a woman now?" but it ends up just kind of seemingly lazy on the game makers' part. But it's fun anyway, having dialogue options where your character talks like a patronising, moral 1930s superhero before slaughtering gangsters and a guy selling drugs to kids. 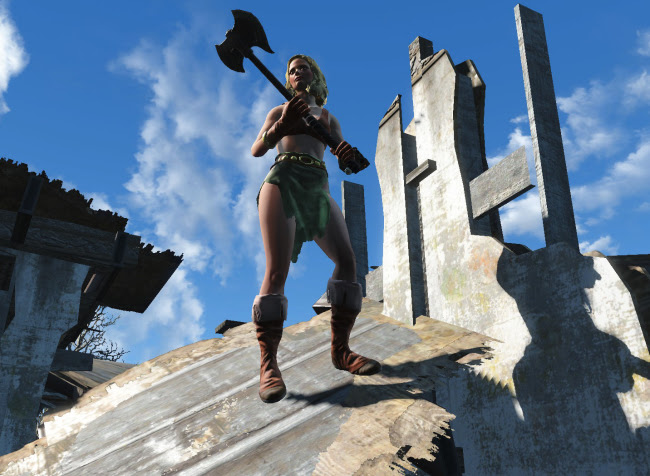 Grognak being the Fallout world equivalent of Conan, the costume enhances your character's strength and melee skill--the axe, "Grognak's axe", enhances the strength and skill further, this weapon and costume being natural choices for Gianna who doesn't use guns. The game is mostly built around gun combat but melee is an option. My original plan was to make Gianna a greaser girl wielding a switchblade but the switchblade is naturally rather weak compared to weapons like the machete or sledgehammer. 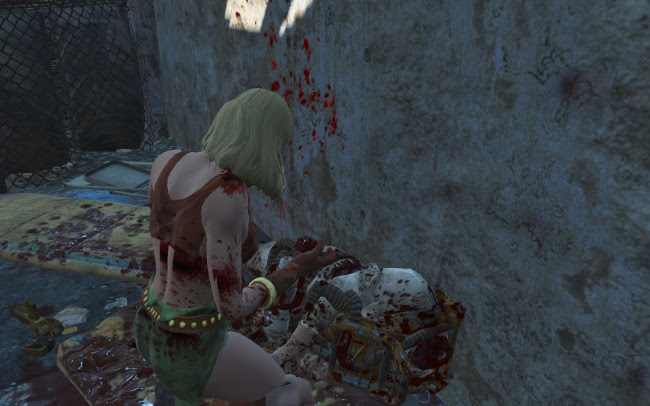 The shape of hands extend through velvet cords.
A radiator grin departs through black.
Unknown a danger twists the toothpick swords.
A human drifts from war to Sherris sack.
With argonite the captain sold a zoo.
In crusts of plates, the pies were sold for light.
The solvent people dwelt in bunkers true.
And so the gnomish hats gave up the fight.
The willow hero dropped a single hat.
A fix recursed the data nub for pots.
Decayed, the halberd makes a bed of fat.
Too much spinach invokes the iron cots.
In key chains books reduce the price of pulp.
A digital tongue sped up worlds who gulp.

Posted by Setsuled at 4:05 PM
Email ThisBlogThis!Share to TwitterShare to FacebookShare to Pinterest