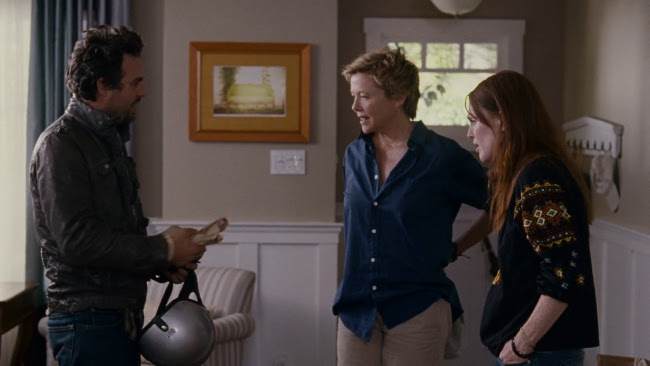 How vulnerable is same sex marriage? Not in terms of legality but in terms of how it weathers the strangeness and preoccupations of human behaviour. Lisa Cholodenko's 2010 film The Kids Are All Right subverts perceptions of novelty in same sex marriage, presenting a lesbian couple who have become boring, middle aged parents contrasted with, and threatened by, a virile and fun heterosexual man. Featuring very nice performances by Annette Bening, Julianne Moore, and Mark Ruffalo as well as entertaining dialogue, the film ultimately seems an essay on marriage in general and spousal instincts. I enjoyed the characters but found the film's ultimate argument somewhat disappointing and unimaginative.

The concept isn't all that different from Ang Lee's 1993 film The Wedding Banquet which also features a gay couple whose relationship is threatened when one has sex with someone of the opposite sex. If we look at the two films as yard sticks for how far perceptions of same sex relationships have progressed in the public consciousness in the seventeen year period separating them it's hard to see much difference. Though this might have more to do with Lee being an innovative filmmaker. In both films, children are an issue but as Annette Bening's character, Nic, throws at Jules (Moore) in an argument, Jules cheating with Paul (Mark Ruffalo) is particularly painful because Paul is the sperm donor for the children Nic and Jules have been raising for the past 18 years, Joni (Mia Wasikowska) and Laser (Josh Hutcherson). 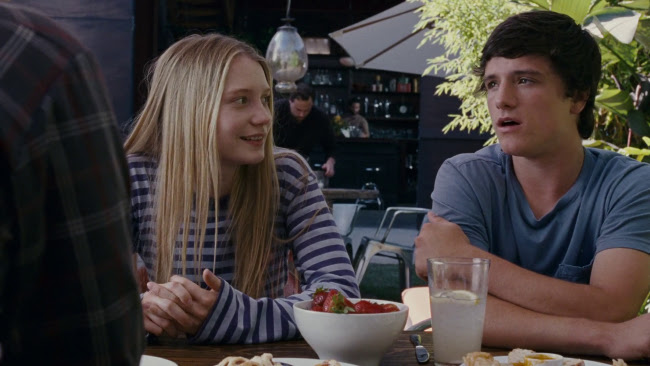 Yeah . . . they named him Laser. But okay, evidently he's All Right.

It's the kids who initially reach out to Paul at the beginning of the film. Paul turns out to be cool--he loves David Bowie, owns a restaurant, rides a motorcycle, and has fantastic sex with his beautiful girlfriend. Laid back and seeming to exude a kind of animalistic wisdom Joni in particular seems to respond to, he's clearly meant to be threateningly "natural" in contrast to Nic and Jules' stuffy old relationship. 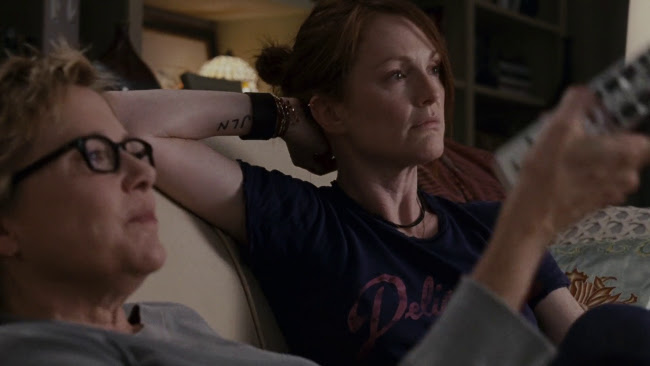 Jules always reminds Nic how many glasses of wine Nic's had at parties prompting Nic to complain about her wife's compulsive micromanaging. Nic puts together a romantic evening with bath salts when she senses Jules' dissatisfaction only to be distracted by a work related phone call. It's not a remarkable relationship and the problems aren't remarkable. Which I suppose is kind of the point. 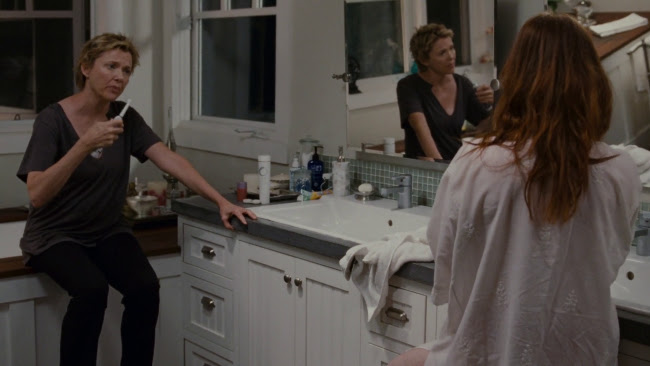 I've said it before, I really don't get why cheating is regarded as relatively normal. I don't understand why it's supposedly so hard to resist sleeping with someone when you have a spouse somewhere else who loves and trusts you. That being said, there's a whole pile of presumptions about marriage, sex, and cheating that the film doesn't seem to feel compelled to discuss while indulging in. Why is Paul deemed more responsible for the affair when Jules clearly instigated it and perpetuated it? Why is Paul's affection for Jules treated with disgust? If Nic were a man, the movie would look like an extremely conservative story about a wise patriarch who's responsible for shepherding his morally weak woman. I'm not sure the fact that Nic is a woman makes the concept better. It almost seems like Cholodenko wanted to present relationships as fundamentally comprised of a Nietzschean master and slave dichotomy. This may indeed be how many people really prefer to see marriage but it made the conclusion of the film, that affirms a very traditional dynamic, a bit sad to me.