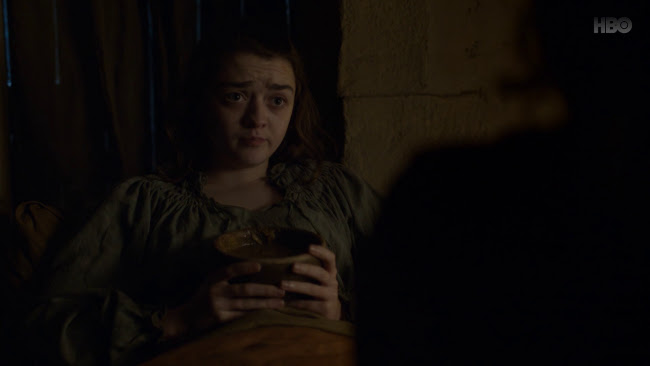 I wondered if I was the only one who thought Maisie Williams was starting to look like Peter Lorre so I googled "Maisie Williams Peter Lorre" and found that, no, I'm far from alone in this. Well, I for one, approve.

Spoilers for last night's new Game of Thrones after the picture of Peter Lorre. 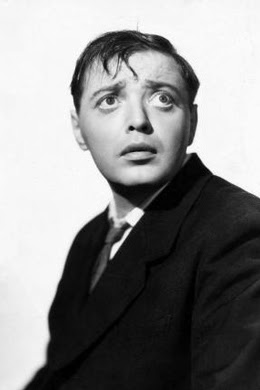 I assume she didn't carve the face off his corpse to wear it. Last night marked the apparent conclusion of the poorly executed Faceless Ones storyline, Benioff and Weiss finding a way to make that conclusion kind of satisfying. Though let us count the problems: 1) Assassin from the greatest assassin guild in the world stabs Arya in the gut multiple times and fails to kill her. 2) An actress stitches up what ought to be a fatal gut wound and uses the healing power of opium. 3) The assassin is forced to chase Arya through the streets in broad daylight because of her incompetence. 4) Jaqen says Arya is finally No One just because Arya killed the girl who was trying to kill her which kind of suggests the whole creed is a bullshit veneer for the typical king of the hill set up.

Thematically, there's plenty of potential inherent in this storyline. It pits pride in identity against complete self-abnegation and it might have been a good way for Arya to confront the difference between who she was and the idea that she was beginning to worship death. Arya had seen so many of the people she loved die and her desire in return was not to bring peace to Westeros, which seems to be Jon and Sansa's motive, but rather to kill the people who killed the ones she loved. Nothing outside this seemed to matter and the more she was denied her revenge the more the revenge mattered. The Faceless Ones are a manifestation of this winnowing down to a pure focus on death--for them, it is not about choosing whom to kill, they are merely pawns to facilitate the arbitrary nature of death. So one way this could end up being valuable is to have Arya realise there's more to being Arya Stark than death. I don't know if I trust Benioff and Weiss to understand this subtext, though. This seems to be the main difference between the things they come up with themselves and the things that come from George R. R. Martin--Martin's stuff seems to have a better insight into human nature while Benioff and Weiss only seem to be clever at organising plot.

So the part of last night's episode that, from what I've heard, drew most from Martin's source material ended up being the strongest part--Jaime Lannister. 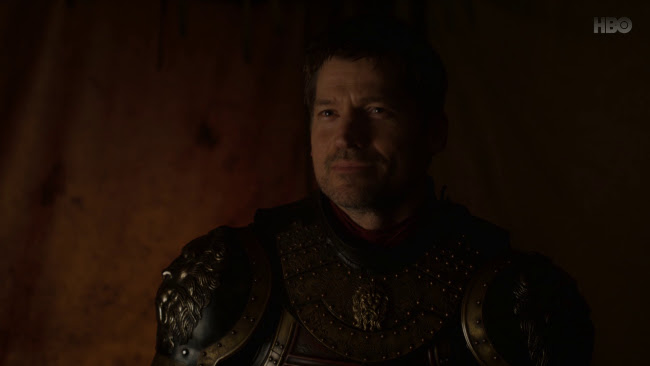 Distilled to the plot points, it's not remarkable: Jaime threatens Edmure's family and so Edmure surrenders the castle to him. And yes, that's something Donald Trump has advocated as a tactic against terrorists. It's a pretty standard tactic for gangsters and warlords. What makes the scene interesting on Game of Thrones is the discussion between Jaime and Edmure. Edmure takes the point of view that Jaime is nothing like him, Jaime is a monster. Jaime can see outside the dehumanising aspect of war far enough to know he and Edmure have a lot in common, they're both willing to do terrible things "for love". By the end of the conversation, Jaime has taken Edmure from believing that Jaime is an inhuman monster with whom he won't cooperate to believing that Jaime is worst than that, Jaime is like him, and therefore he must cooperate. Jaime wins because he knows Edmure would be just as ruthless. The scene is good because it forces us to contemplate uneasy questions. Jaime took the castle with almost no bloodshed, does this justify threatening the man's family? Of course, it relies on Edmure truly believing Jaime will do what he says and such tactics, while they have short term good results, can have very bad ones in the long run, as I think we're about to see with Ramsay next week. Threats don't work unless you're willing to back them up and backing them up, with things like the Red Wedding, tends ultimately to make people distrust and hate you. 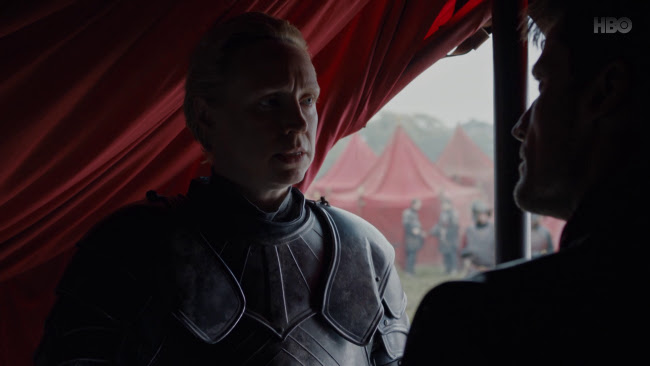 And Brienne was there, sadly with not much to do but go from one guy to another and hear about how she's respected before being conceded very little or nothing. While some might say this is a backward step for the strong warrior woman, it was helpful in having a point of view character frustrated in having to deal with the intractable sides in a conflict.