The Filtered Impression of Hazard 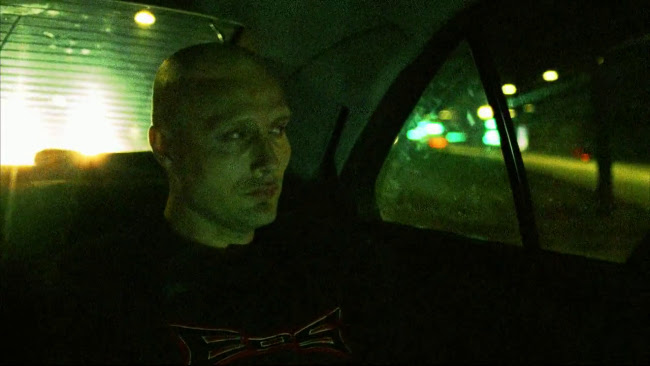 Between the drugs, the anger, the unrequited needs, and above all the debt, it's a wonder anyone can think straight in 2004's Pusher II. Written and directed by Nicolas Winding Refn, it's a sequel to his 1996 film Pusher and features many of the same characters while more solidly developing the previous film's themes. Both films are tragedies but there's an effective melancholy in the sequel that comes with the more stylistic lighting. Like the first film, it feels like an impressively authentic take on gangster culture in Copenhagen. 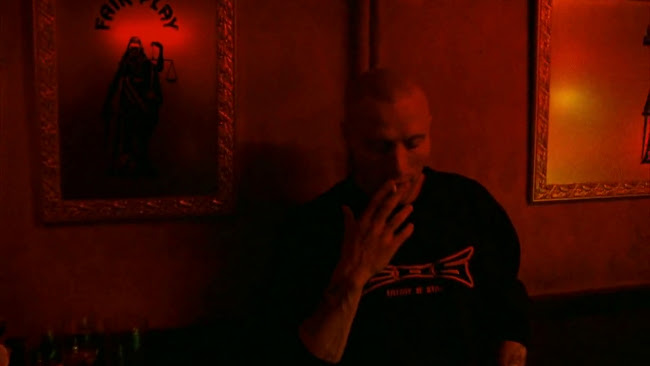 The star of this film is Mads Mikkelsen, reprising his role as Tonny in the first film. The first film's protagonist, Frank, is absent but the sequel continues to subtly imply Tonny's repressed homosexuality. Well, if you call two prostitutes laughing at him because he can't get an erection "subtle". 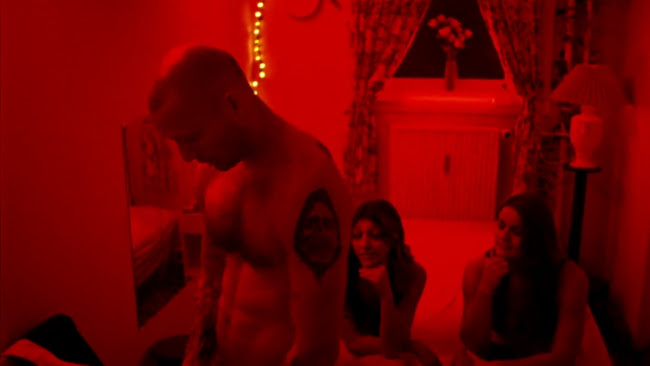 The Wikipedia entry mentions that Winding Refn intentionally made most scenes end with Tonny being humiliated. With the back of Tonny's head ridiculously tattooed with the word "Respect", he's a pathetic spectacle offset by Mikkelsen's stony performance. Tonny generally plays it cool, his insecurities just barely squeezing through most of the time until he now and then explodes with misdirected violence. 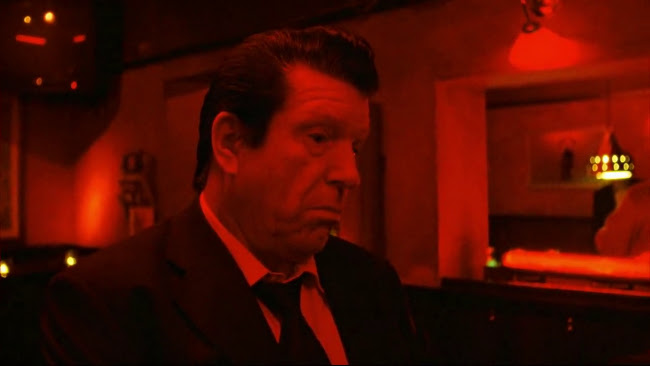 His father (Leif Sylvester) runs a gang of car thieves and reluctantly hires Tonny, whom he despises, to help with some well filmed heists. Called "The Duke", his speech about Ø (Øyvind Hagen-Traberg) at Ø's wedding reception, where he effectively calls Ø the son he never had while simultaneously taking the opportunity to dress down Tonny some more, is almost too over the top. A plot about a prostitute (Anne Sorensen) with a baby she claims is Tonny's would also be a bit cliche if it weren't for the performances and Winding Refn's careful crafting of this world of gangsters, from set design to procedural of the heists. Like the first film, a lot of people talk about owing money or people who owe them money, though the protagonist isn't the centre of a whirlpool of debts like Frank in the first film. Tonny's friend "The Cunt" (Kurt Nielsen), blunders his way into the debt of Milo (Zlatko Buric), the drug lord from the first film, then he bullies Tonny into accepting partial responsibility. Debt starts to take on a symbolism, like some kind of phantom currency for unsatisfied emotion. One has the feeling it's only a matter of time before everyone comes to some gruesome end without ever having a clear perspective on life.

The straw withstood the paper bagel's toss.
No harder bread could earn the flame of Zeus.
A crowd of coats conferred to blame the boss.
The shadows brewed a draught to please the moose.
The afterthought intrudes on reddened words.
In glasses left on tables sunk in shade.
The butterflies have weaved the air in herds.
And brittle stings continue down the grade.
In hearts of coffee ice invades the grog.
A canvas popped to seal the artist fresh.
In falling mem'ry curses turn to bog.
Across the grains of graph, an inky mesh.
A climbing string anticipates the mist.
A number called "The Gen'ral" traced the fist.