She Asked for His Hat, Filled with Jumbled Names and Places 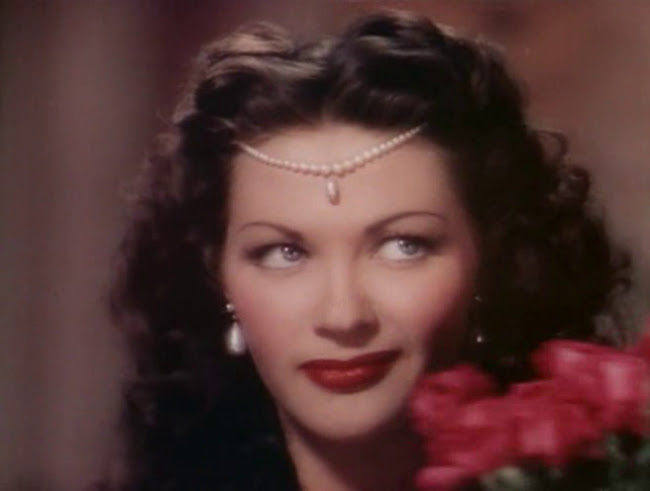 One of the problems following a war where a defeated army is disbanded is that it leaves resentful trained killers with nothing to do. So in 1945, Universal released Salome, Where She Danced in which Yvonne de Carlo as a German ballerina dances her way into America's hearts. Appearing at various points in the story are Robert E. Lee, Otto von Bismarck, and a mysterious Chinese wiseman. De Carlo is lovely and gives a starmaking performance and the colour is really pretty but rarely have I gotten so strong an impression the filmmakers had no idea what they were doing. 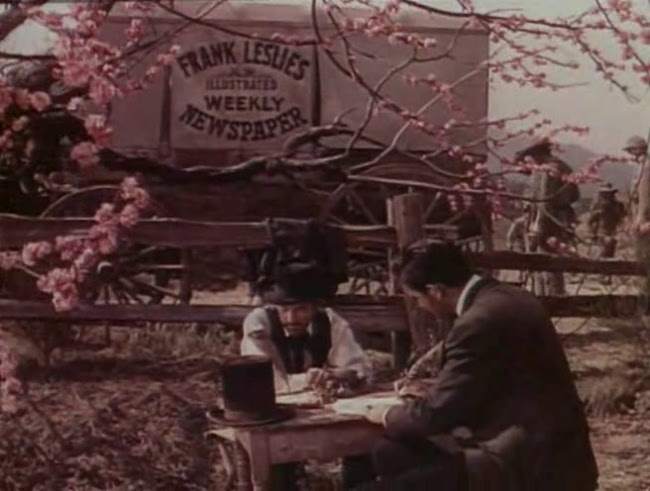 Jim Steed (Rod Cameron) is an American war correspondent who soon after his report on the surrender of Robert E. Lee is sent to Vienna where he sees on stage the beautiful Yvonne De Carlo as Anna Marie. De Carlo's a decent dancer but no ballerina. She jumps about the stage beautifully enough, though. 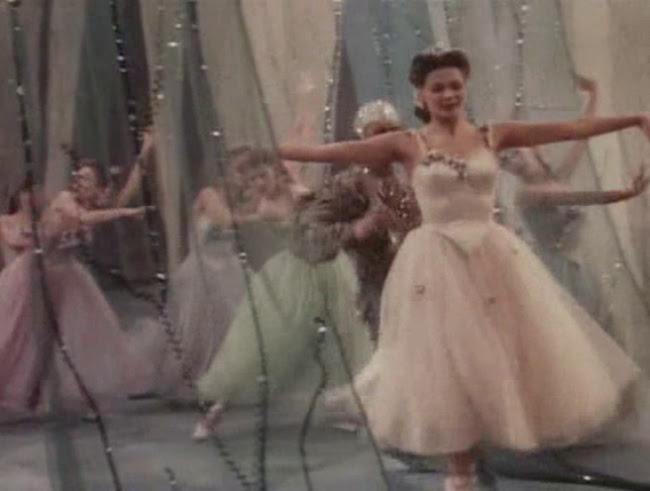 I'm not sure what the ballet is about--the music is "The Blue Danube" by Strauss--but De Carlo's dancing partner appears safe from Illuminati mind control. 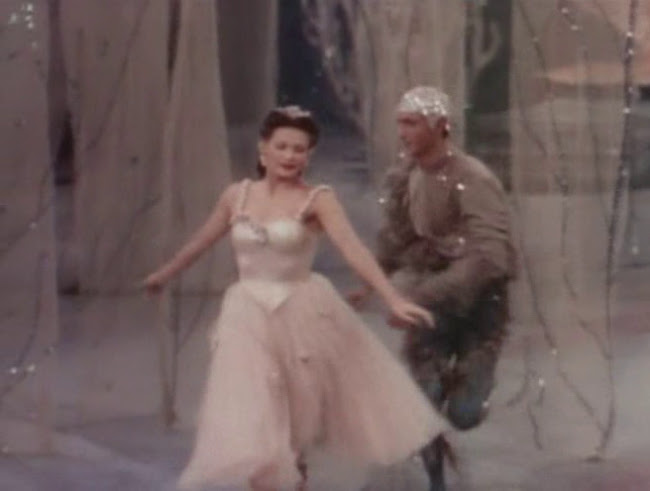 It certainly doesn't seem to have anything to do with Salome, in fact nothing in the film does, unless maybe Anna Marie seducing a Prussian general to get intel for Steed ended up with the general's head on a platter in an earlier version of the script. But Anna Marie is too nice a girl for that. Instead, after her true love, an Austrian prince, is killed in battle, she travels across the U.S. with Steed and "The Professor" (J. Edward Bromberg) until they end up at a frontier town. A third of the way through the film, Steed crosses paths with the actual star of the film, David Bruce as stage coach robber Cleve Blunt. 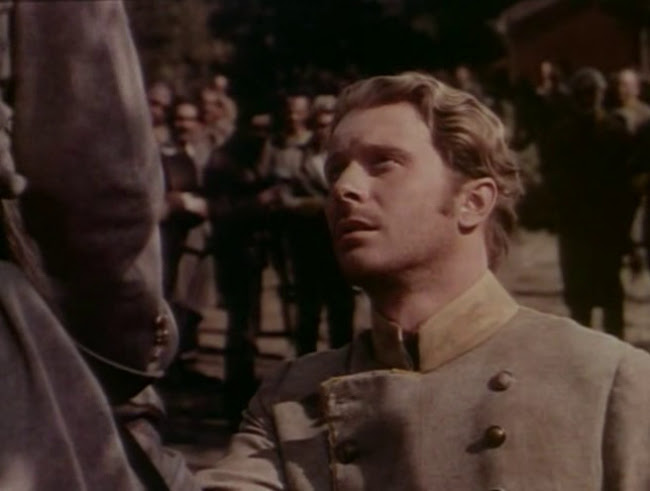 Someone at the studio must have said at this point, "Uh, okay, it's Western! Right?" Anna Marie performs her dance for hootin' and hollerin' cowpokes until Cleve and his gang show up and rob the till. They kidnap Anna Marie, Cleve looks exactly like the Austrian prince (same actor) and everyone goes to San Francisco. 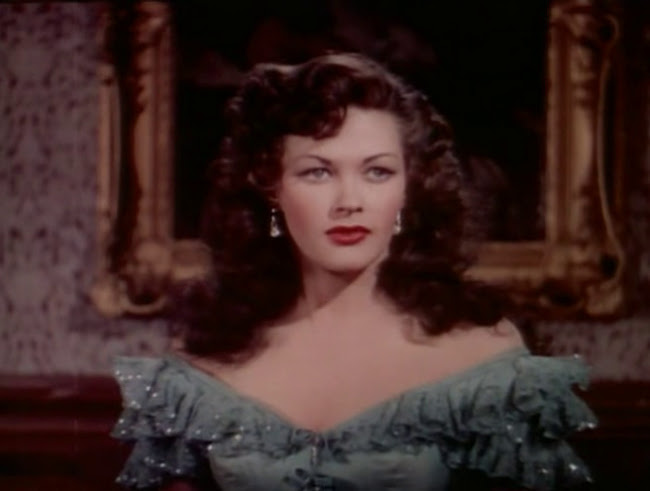 We'd met Cleve before as a Confederate soldier who tearfully asks General Lee (John Litel) what's he supposed to now? To which Lee hands down some wisdom like only a Confederacy besotted 1940s Hollywood version of Lee could about the honour of winning peacetime battles. This starts the one and only character arc in the film where the post war years lead Cleve to become a western outlaw who talks like a 30s gangster ("It's a frame up!") and plunders Chinese ships on the high sea. This allows Anna Marie to appear in Chinese wardrobe and jewellery for absolutely no reason. 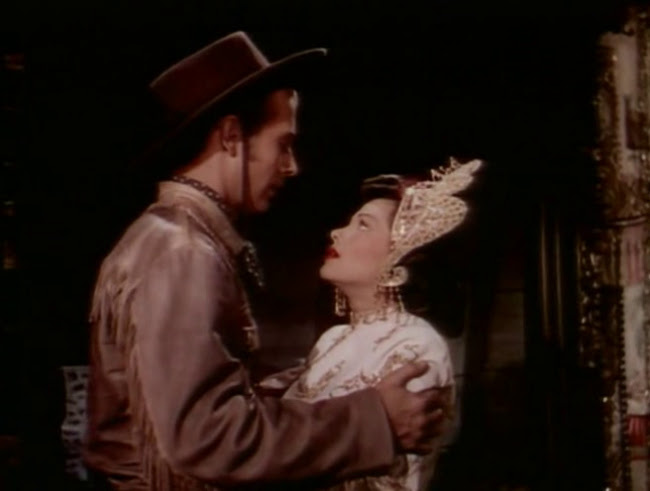 The mysterious Dr. Ling is behind it all! He's played by that jack of all stereotypical foreigners, Abner Biberman, whom you might remember as Louis Palutso in His Girl Friday and Charlie How-Come in The Leopard Man. 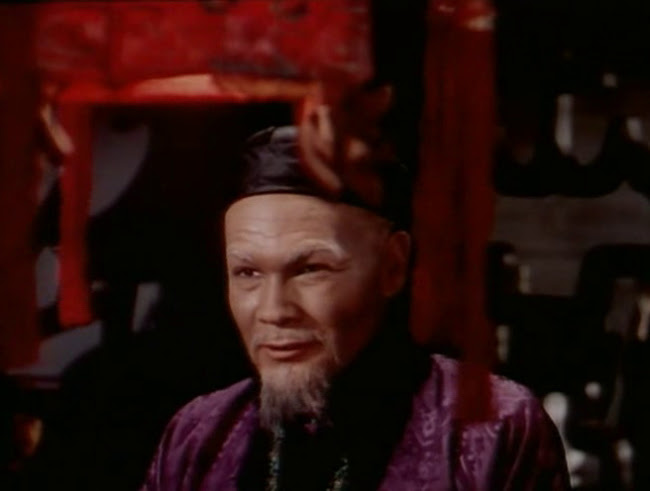 Lest you think none of this is adding up, the film climaxes with a terrific sword fight between Cleve and the Prussian general (Albert Dekker). 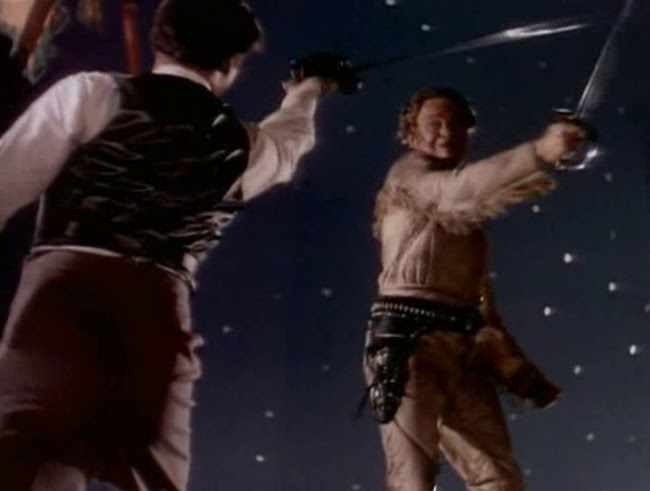 And I didn't even mention the Russian Colonel who controls San Francisco or "Madam Europe".

Posted by Setsuled at 6:30 PM
Email ThisBlogThis!Share to TwitterShare to FacebookShare to Pinterest