The Sword of Eve Climbs the Mountain 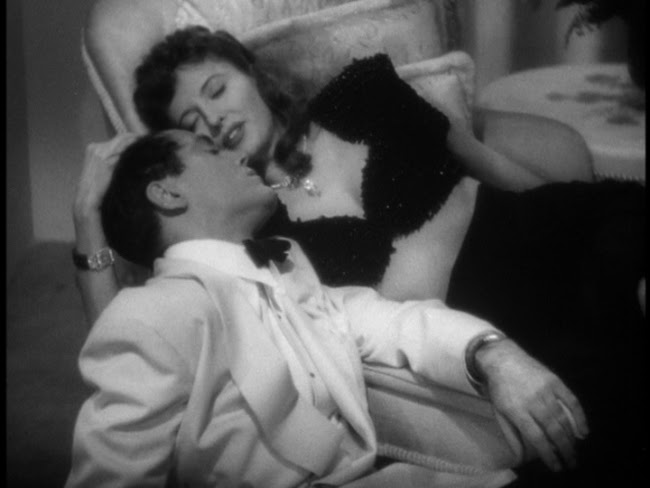 It's amazing how short the day is when you get up at noon. But I was up until 4am, rather aimlessly. I watched Mystery Science Theatre 3000 (Lost Continent ["Rock Climbing"]), an episode of The Walking Dead, and The Lady Eve for the first time in years. I was surprised how much I spontaneously laughed at a comedy I was so thoroughly familiar with. I knew Henry Fonda was going to hit his head on that tray of food, ruining his last tuxedo, but I laughed anyway. And what a work of just pure genius. Jean running away from Charles' snake, like a metaphor for her fear of his penis, yet she plays it up in the next moment, having him look under her bed and then caressing him on the couch: "You don't know what you've done to me!" But then she has a nightmare about the snake. She was, in a word, excited . . . Charles not believing Eve is Jean because Eve looks exactly like Jean; the horse butting in on Charles' line about having known Eve in some supernatural way all his life. Every time things start to get conventionally moral or sexual, Charles' clumsiness or Jean's libido subverts it all hopelessly. Such a fun movie.

I'm continuing to enjoy The Walking Dead--I'm about halfway through season three. I like Michonne but I wish she'd talk more. So many problems on the show wouldn't happen in the first place if Michonne didn't clam up every time someone asked her, "What's your name?" "Why are you here?" or "What's wrong?" I'm also tired of her getting her sword taken away every few minutes. It feels more like a preview of the character than actually having the character on the show.