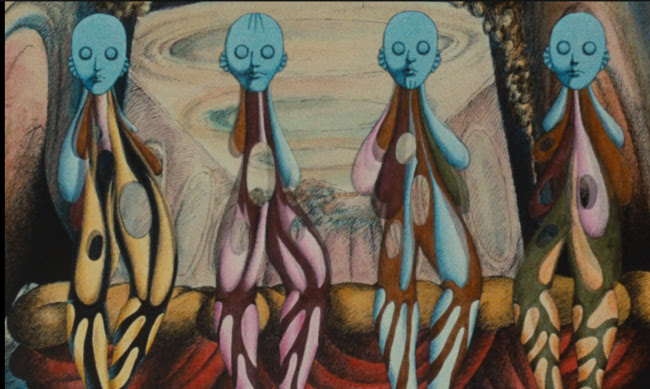 An uneasy relationship exists between humanity and a race of blue giants in 1973's La Planète sauvage ("The Wild Planet", released in English as Fantastic Planet). A beautiful distillation of a 1970s dreamscape, its depiction of giant web structures and buildings and creatures with gracefully curved insect parts is rendered in a beautiful pencil sketch style. Every frame looks like a Maurice Sendak illustration. 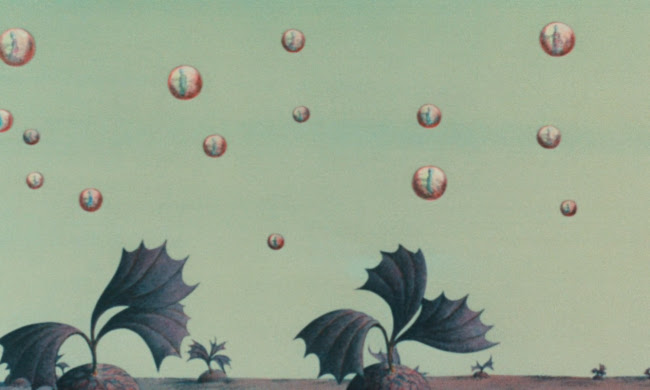 The story wisely avoids being an allegory for any specific event in human history. The relationship between the gigantic Draags and the tiny humans, or Oms, they treat as animals resembles various instances of oppression throughout human history but the film is best when it's absolutely fantastic. 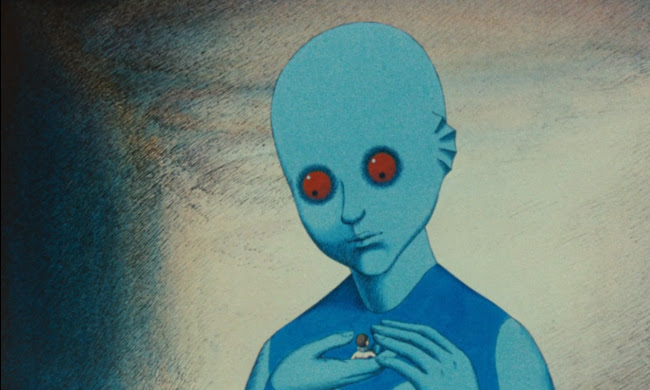 We meet the protagonist, Terr (Eric Baugin and Jean Valmot), as an infant whose mother is killed by Draag children. He's taken and kept as a pet by a kinder Draag, a teenage girl named Tiwa (Jennifer Drake). We start to learn a little about the Draags--the adults' obsession with meditation, their peculiar telepathic intercourses, and their strange conception of time. 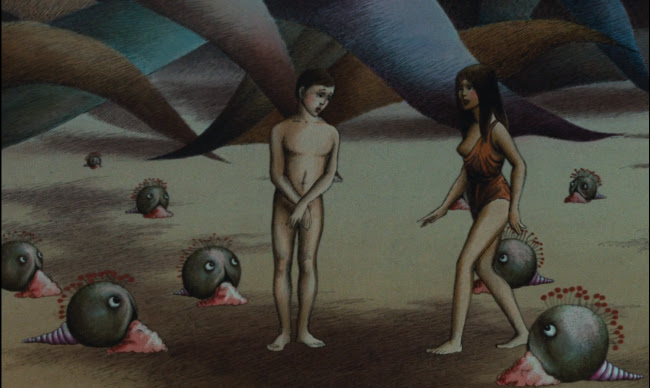 When Terr escapes to live with a community of Om, he finds essentially a stone age culture. But the strangeness of what advanced culture means in this film, the culture of the Draags, might give some perspective as to how Roman culture may have seemed to the people they conquered. In this, the film isn't simply an attack on a strawman oppressor culture. Instead, the curious beauty of Draag practices compel the viewer to contemplate the particular beauty of a culture where aesthetic and philosophical ideas have become complex and weird. Not unlike the film itself. 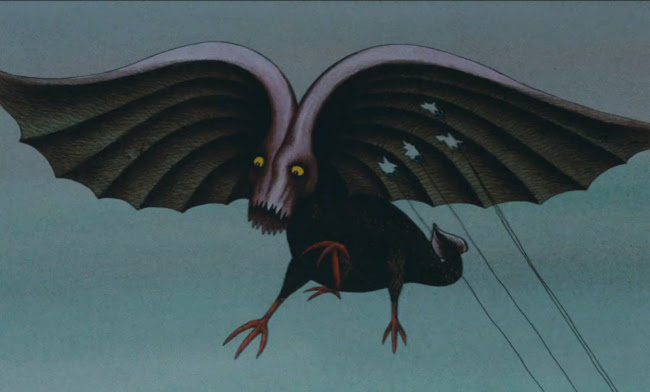 I love the attention given to the wilderness, the strange plants or animals that appear briefly or only in the background, often having no meaningful interaction with the characters. There's a creature whose nose resembles tree branches that trick flying animals to alight on them--only so the animal can smash them into the ground. He makes no apparent attempt to eat the flying creatures but only laughs at them mockingly, as though this animal has evolved to sustain itself on sadism. 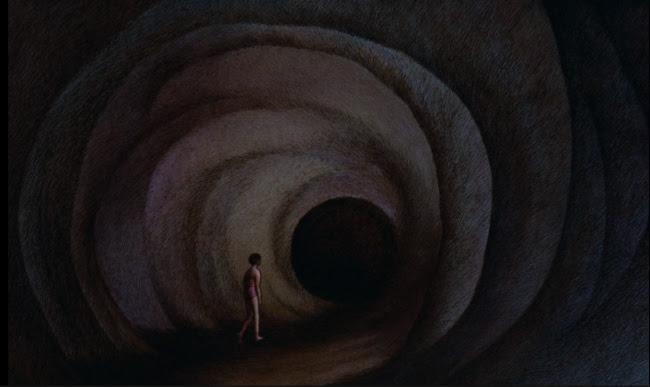 There's something amazing to see in every second of this film. La Planète sauvage is available on The Criterion Channel.