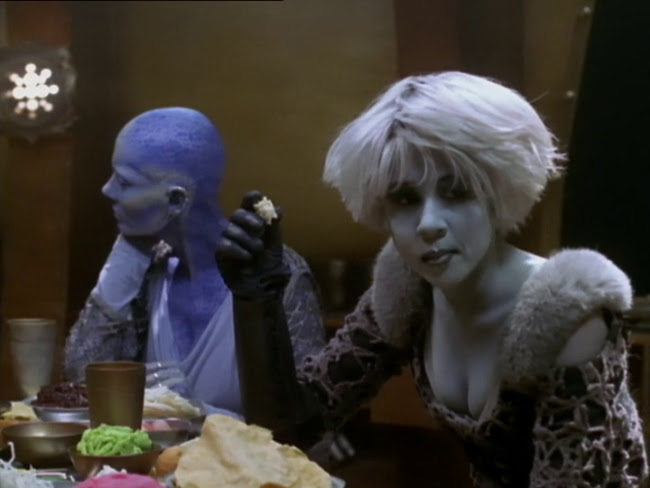 The crew of Moya contemplate leaving the ship in an episode of Farscape that sees the ensemble ultimately in a more solidified family unit. But the ship herself has to break into four parts in order to reach that point. 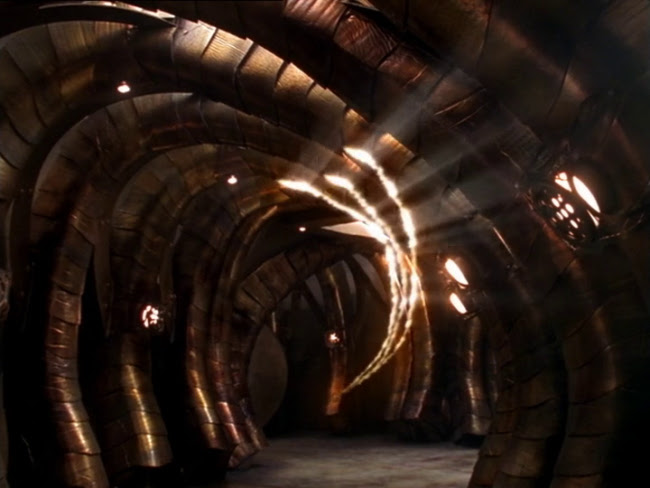 Season 1, Episode 17: Through the Looking Glass

It seems like every space opera series must make some kind of reference to the second of Lewis Carroll's Alice books at some point. Although this episode involves alternate dimensions, it has little to do with Through the Looking Glass except for one amusing line where Crichton (Ben Browder) combines the title with a famous line from Henry V--"Once more through the looking glass!" 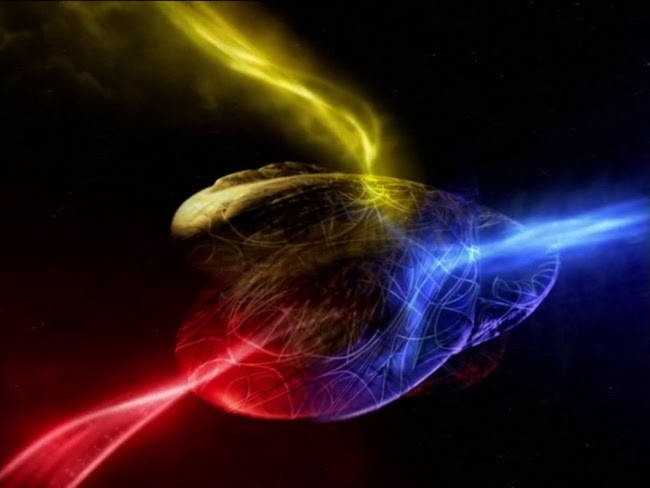 Three alternate Moyas branch off from the main one after an accident in Starburst--Farscape's version of warp speed. There's a dimension for every primary colour--red, blue, and yellow--and crewmembers are stranded in different ones. And each one has different physical effects--the red one is bathed in a light that causes a nausea inducing headache, the blue one is filled with a deafening noise, and the yellow one causes people to laugh uncontrollably. This is where Rygel (Jonathan Hardy) is stranded and one of the more amusing parts of the episode has Crichton struggling to suppress his laughter at jokes the Dominar is normally not disposed to tell. 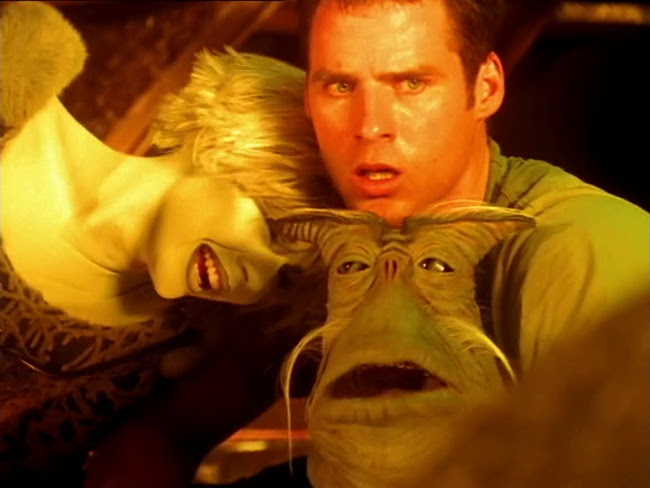 This is the first episode to integrate Chiana (Gigi Edgley) in the group since she essentially sat out "A Human Reaction". Though a running gag involves her asking, "Can I say something?" and multiple characters shouting, "No!" in unison. She's treated as a slightly bratty child, which is probably why she becomes natural allies with Rygel, their bond showing its first sign here when they both end up in the laughing dimension. 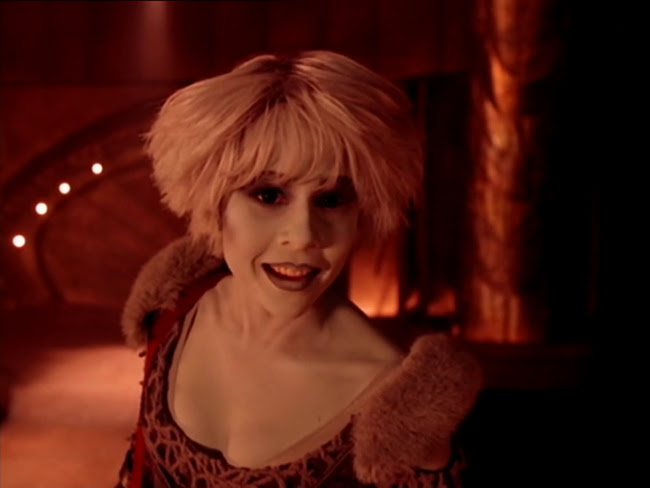 The red dimension had for some reason no effect on Chiana but in a nice bit of credible contradiction she refuses to be left alone there. This after she'd been more ready than anyone else to abandon ship once it looked like Moya's pregnancy was going to prevent the ship from Starbursting. It was the ship's anxiety at being abandoned that caused the situation in the first place and there are some nice moments in the episode where crewmembers console Pilot (Lani Tupu). 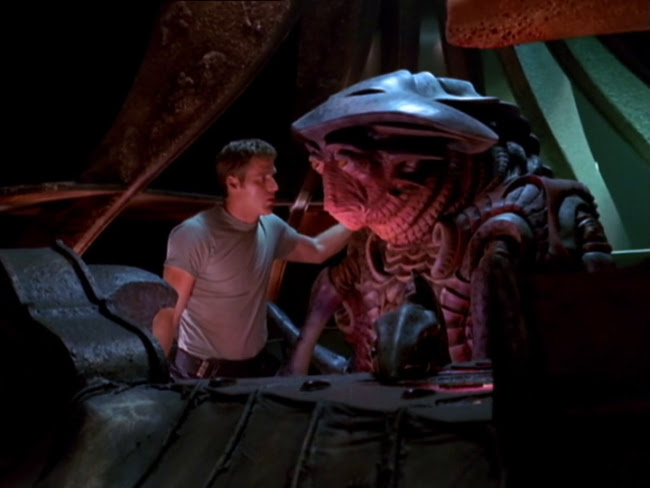 It's almost like Rebel Without a Cause when James Dean and his friends try to make a strange new form of family in the absence of a traditional one. Moya has become a mother to all of them--Pilot may be the father or a sort of priest of this biomechanical god, interpreting her will. It's a strange and effective dynamic that plays off the fundamental appeal of a ship in a sci-fi series whether it be the Millennium Falcon, the Enterprise, or Serenity, this kind of ship astutely parodied in Spaceballs as a mobile home. It's the strange, new form of family and home for the characters, and the viewer, that attempts to fill a void. Appropriately, the episode is bookended by two delightful communal meals where everyone samples everyone else's cooking. 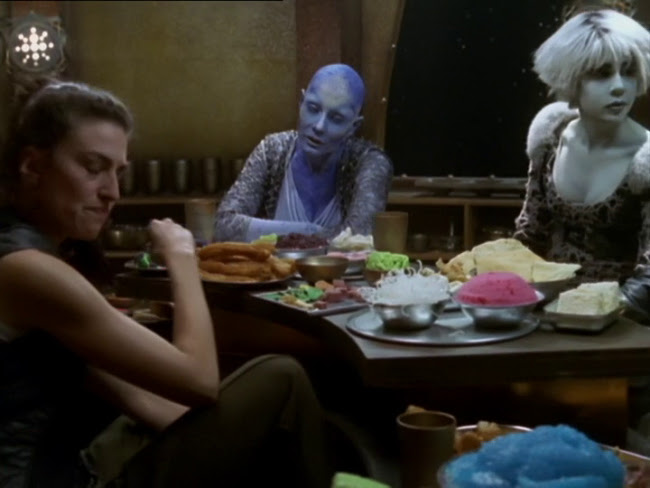