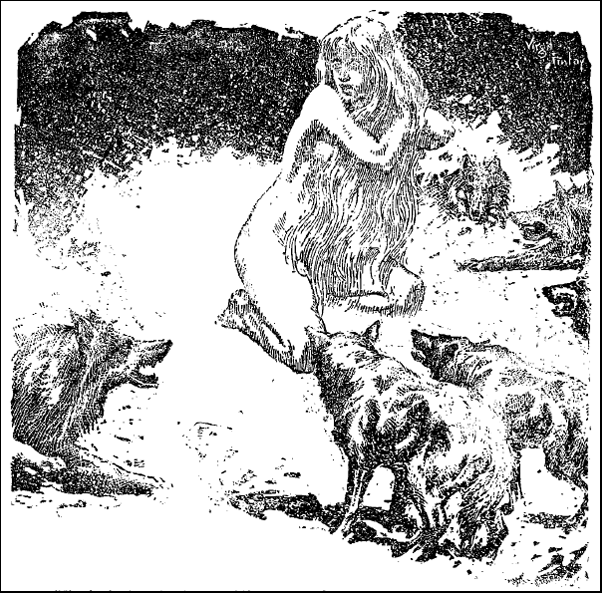 Yesterday I read the lovely new Sirenia Digest which once again features the lovely art of Virgil Finlay, in this case two pieces. Caitlin R. Kiernan's new story included in the Digest, "THE TAMENESS OF WOLVES", is another dialogue like last month's, told in second person in which the reader is put in the position of the narrator's lover. This lover, the narrator's "shadow's shadow", appears to be a murderer belonging to an old family of the southern U.S.

The dialogue probes issues of guilt and morality. I was intrigued by the story's connexion between people irresistibly drawn to each other, like the two participants of the dialogue, and their sense of uncertainty about the implications of their own actions. Both characters, as Leo expressed it in Blade Runner, have that "itch you can never scratch", an elusively defined, constantly manifest problem that can never be solved. There is a corpse present in the room with the characters and we're given few details as to how or why it came to be there, something that plays well with the characters' compulsive attempts to put final definitions on, to bring conclusions and closure to, insoluble questions. And there's something very sweet about it.

Last night I was in the mood for Shakespeare and decided to go with one of his plays I hadn't read or watched in a while. So I looked to see what Broadway HD on Amazon Prime had in terms of productions. It had two--a 2016 Canadian production directed by Barry Avrich and the 1984 BBC Television Shakespeare version directed by David Jones. I hadn't seen the Canadian production before so I started with that and it features performances that are much more engaging than the old BBC production. But I soon switched back to the BBC version because it's more faithful to the text--for one thing, in the BBC version, Antiochus' daughter is clearly a willing participant in her incestuous relationship with her father while in the Canadian version she seems like she's being held hostage, in my opinion a rather boring interpretation.

All in all, it's still my least favourite Shakespeare play, an opinion in which I'm far from alone--Shakespeare's friend and contemporary Ben Jonson didn't speak well of it. Though I share T.S. Eliot's admiration for the scene in which Pericles and his daughter Marina meet as strangers. Wikipedia quotes Eliot on it:

To my mind the finest of all the 'recognition scenes' is Act V, sc. i of that very great play Pericles. It is a perfect example of the 'ultra-dramatic', a dramatic action of beings who are more than human... or rather, seen in a light more than that of day.

It's helped in the BBC production by the extraordinary beauty of the actress playing Marina, Amanda Redman. 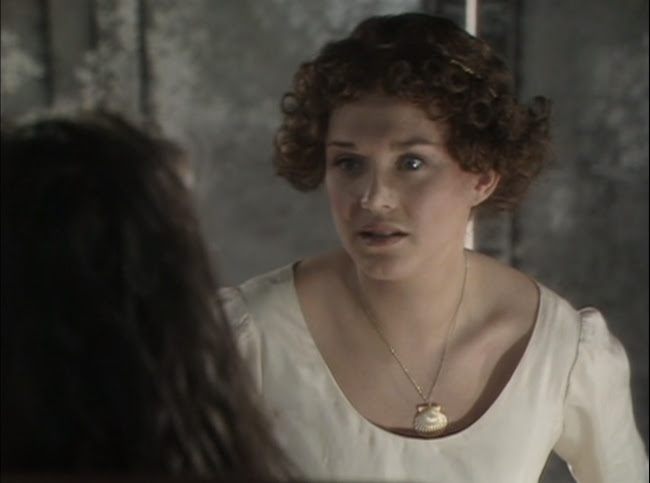 The extremely improbable way in which Marina makes her way to the king's sick room without ever hearing his name or he hers, and the slowly spooled out pieces of poetic information about the storm at sea that attended Marina's birth are so dreamlike and strange they take on a larger significance. A lot of criticism of the play hinges on its episodic nature and lack of unity but in this scene of a King meeting and wondering at his adult daughter for the first time I find myself thinking about the play's first episode, the incestuous relationship between the other King and his daughter. There would be an obvious dramatic symmetry for Pericles to indulge in the very behaviour he deplored in Act 1. That it doesn't happen adds a peculiar sort of sacred piquancy to the dreamlike dialogue.

MARINA.
I am a maid,
My lord, that ne’er before invited eyes,
But have been gazed on like a comet: she speaks,
My lord, that, may be, hath endured a grief
Might equal yours, if both were justly weigh’d.
Though wayward Fortune did malign my state,
My derivation was from ancestors
Who stood equivalent with mighty kings:
But time hath rooted out my parentage,
And to the world and awkward casualties
Bound me in servitude.
[Aside.] I will desist;
But there is something glows upon my cheek,
And whispers in mine ear ‘Go not till he speak.’

PERICLES.
My fortunes—parentage—good parentage—
To equal mine!—was it not thus? what say you?

MARINA.
I said, my lord, if you did know my parentage.
You would not do me violence.

PERICLES.
I do think so. Pray you, turn your eyes upon me.
You are like something that—what country-woman?
Here of these shores?

MARINA.
No, nor of any shores:
Yet I was mortally brought forth, and am
No other than I appear.

PERICLES.
I am great with woe, and shall deliver weeping.
My dearest wife was like this maid, and such a one
My daughter might have been: my queen’s square brows;
Her stature to an inch; as wand-like straight;
As silver-voiced; her eyes as jewel-like
And cased as richly; in pace another Juno;
Who starves the ears she feeds, and makes them hungry,
The more she gives them speech. Where do you live?

MARINA.
Where I am but a stranger: from the deck
You may discern the place.